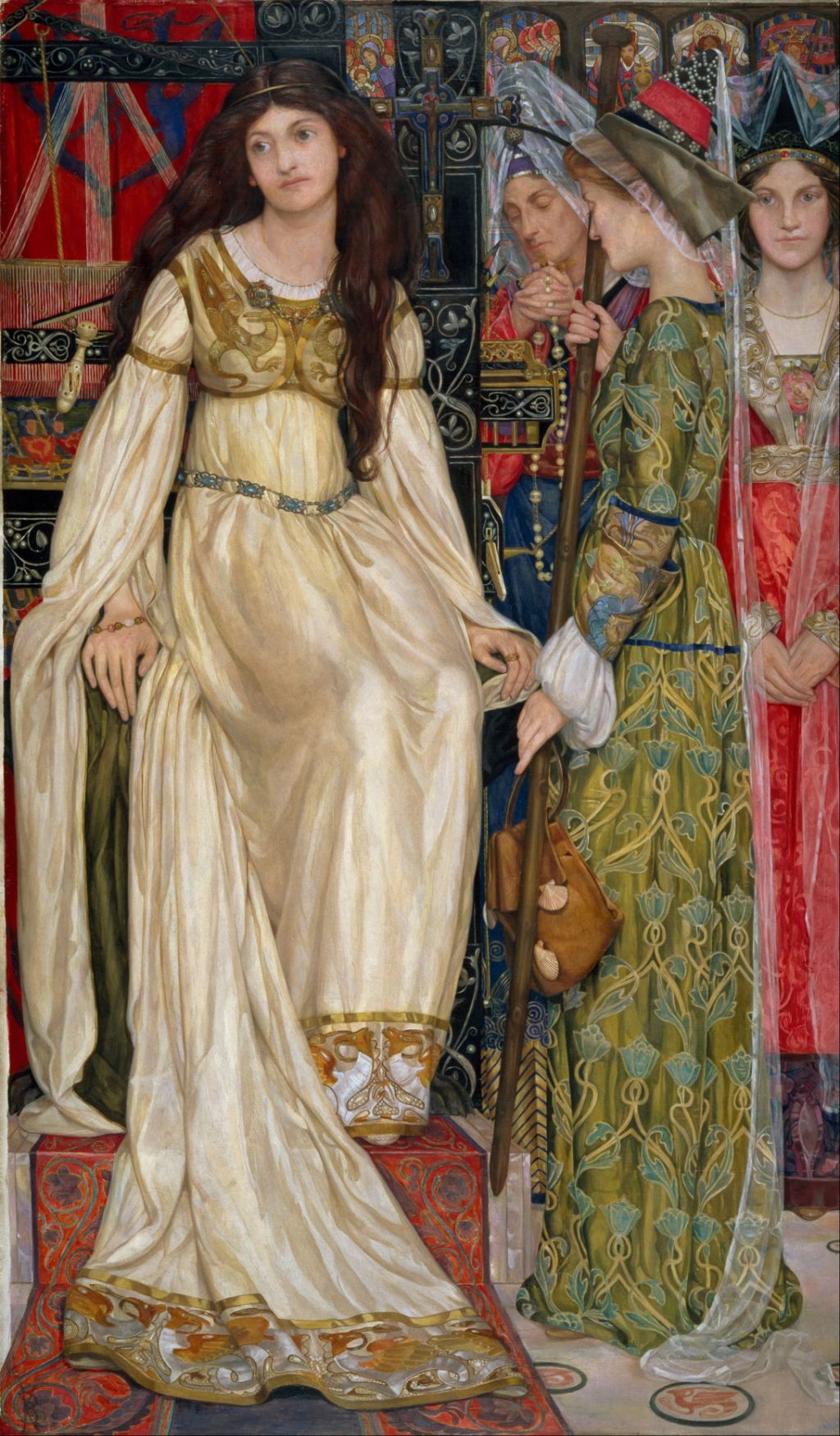 This article concludes my look back at some of my favourite paintings featured in articles published here over the last year.

When I was trying to improve my own painting, I quickly learned that there are three modern masters whose work should be revered: John Singer Sargent (1856-1925), Joaquín Sorolla (1863–1923) and Anders Zorn (1860–1920). My series commemorating the centenary of Zorn’s death was therefore a high point of the year.

Still for me one of the finest watercolours every painted, Zorn made Summer Vacation early in his career, in 1886. This demanding motif on Dalarö in the Stockholm archipelago was to become one of his favourite seasonal locations. Zorn and his wife holidayed there in a small house rented by his mother-in-law. He concentrates here on the play of light on the water, fine detail in the small waves, and his precision in committing the scene in watercolour. His wife Emma was the model.

It was only later in his career, when he was visiting Cornwall, that Zorn started to take oil-painting seriously. Mora Fair, painted in oils in 1892, is another of his masterworks showing life in the country town. Against a background of crowds and carts going to and leaving the fair, a young woman sits looking completely fed up. Not far from her feet, her partner is slumped face down amid the weeds, presumably from an excess of alcohol.

After working through several classics of Italian literature, I thought it was time for a change. After Ariosto’s Orlando Furioso, I therefore turned my attention to John Milton’s epic Paradise Lost.

Paradise Lost takes the roots of its story from the Biblical account of Adam and Eve, the Fall of Man and their eviction from the Garden of Eden, from the book of Genesis. In its twelve books, it elaborates considerably into a combination of a domestic drama about primal man and woman, and a much grander epic about Satan and his rebellion against the angels who remain faithful to God. The first is set in the Garden of Eden, the latter in the grandeur of the cosmos itself.

It also happens to be one of the books for which William Blake created illustrations, which you can see in the context of Milton’s narrative. The other major source of images for that series is Gustave Doré’s fine engravings.

One good aspect of life under lockdown here has been our relative freedom to exercise outdoors. In the southern UK, the weather for much of the Spring and early summer was unusually fine and sunny, and a wonderful opportunity to study the sky. This led me on to consider those painters who took equal pleasure in making sketches of the sky, including John Constable.

Constable’s skying was best developed when he was working on his ‘six-footers’ and living in London in the 1820s. He walked up to Hampstead Heath, with its fine views over the distant city, and made oil sketches like this Cloud Study, Sunset, painted in about 1821.

I continued my gathering of works by Symbolist artists, and came across another surprise.

My personal favourite among the few of Gaetano Previati’s paintings I have been able to find is his Dance of the Hours from 1899. It’s a marvellous and innovative approach to a long-popular theme, developed for instance in Poussin’s Dance to the Music of Time (c 1634-36). Previati shows the Horae, the hours (featured earlier this week in my series on classical deities), dancing in the air around a golden ring, with the orbs of the moon in the foreground and the sun far beyond.

Another project which I’d been meaning to do for a few years is to look at the relatively unknown art of the many women who were involved in the Pre-Raphaelite Movement. Although some, including Lizzie Siddal and other lovers of Dante Gabriel Rossetti, have attained fame, it has been for their romantic involvement with Pre-Raphaelite men. It was then that I came across a few, just a very few, paintings by Kate Bunce.

The Keepsake (1898-1901), painted in tempera, is one of Bunce’s finest works, and was named Picture of the Year when exhibited at the New Gallery in 1901. It refers to a poem by Dante Gabriel Rossetti, The Staff and Scrip (1870), specifically to a passage after the death of a pilgrim. A scrip is a small bag or satchel carried by a pilgrim. This is her only painting which was exhibited outside Britain: in 1905, it was shown at the Société Nationale des Beaux-Arts in Paris.

Her Chance Meeting (c 1907) was accompanied by a quotation from the opening line of Dante Gabriel Rossetti’s poem A Superscription, in The House of Life: “Look in my face; my name is Might-have-been”. This expresses the feelings of a man who believes that he should just give up trying.

It’s a tableau painted in high Pre-Raphaelite style, perhaps more typical of the major works painted by members of the Brotherhood in the 1850s. Set in mediaeval times, a distinguished man has entered a small town, and stands in its narrow street. Two women stare at him: the florist at the right, and the woman with her back to the viewer, who is looking straight at his eyes.

Another series which I continue to enjoy researching and writing is my History of Rome in Paintings. I have yet to compile an article listing the contents of the series, but it was another excellent excuse to look again at the strange and gruesome paintings left by the Etruscans.

My last book marathon, still incomplete, has been another of those classic English epics which I had dipped into but never actually read properly: Edmund Spenser’s Faerie Queene. The original text is far from easy reading, as Spenser deliberately wrote in English which was even more archaic than Milton’s. It’s also a curious epic, being a combination of chivalric adventure akin to Ariosto, and Christian allegory, a bit like John Bunyan’s Pilgrim’s Progress. But if you happen to come across a painting of a scene from The Faerie Queene, knowing its narrative makes a great deal of difference.

One of the most cryptic narrative paintings of the mid-nineteenth century, until you understand its literary reference, is Samuel Palmer’s highly accomplished watercolour of Sir Guyon with the Palmer Attending, Tempted by Phaedria to Land upon the Enchanted Islands, from 1849.

Sir Guyon is the Knight of Temperance and hero of the second of six books in The Faerie Queene. In Canto 6 of that book, Phaedria ‘the shining one’ is giggling and singing to herself in a small boat in a river. Having taken another (Cymochles) to an island which entices all the senses, she meets Sir Guyon and the Palmer, an old man who has been on a pilgrimage to the Holy Land so holds a palm branch, and nothing whatsoever to do with the artist here. Phaedria gives Sir Guyon a ride in her boat, but refuses to carry the Palmer. She takes Guyon to the same enticing island, rather than just across the river, which upsets him. When delivered to the island, Cymochles and Sir Guyon fight one another, until Guyon shatters Cymochles’ helmet.

Samuel Palmer shows Sir Guyon and the Palmer standing in one boat at the left, being rowed by a woman. Phaedria is standing in her own boat in the middle of the water, and the enticing island lies behind, with nymphs dancing in the light of the setting sun.

Early next year I will, I hope, complete my account of Spenser’s epic, and move onto another of the classic European books which has shaped both literature and visual art. I have another major new series which I’m currently researching to accompany that eclectically, and tomorrow I will preview some of the anniversaries I’ll be celebrating with you over the course of 2021.