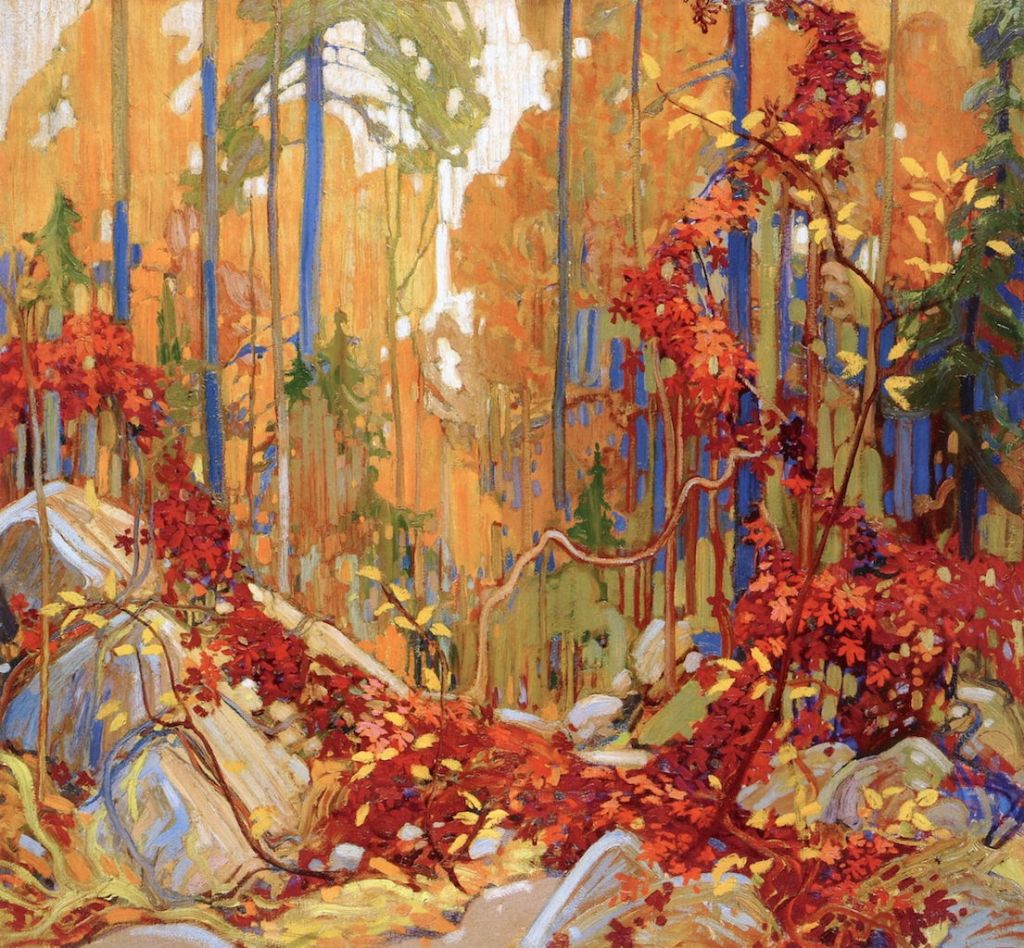 In the first article of this pair, I showed a selection of some of the finest paintings of autumn trees from the middle of the nineteenth century up to 1894. Here I continue until around 1918. Enjoy even more!

Hans Andersen Brendekilde (1902), Wooded Path in Autumn shows woodland in Denmark, with an open narrative in its figures. Does the woman sitting on the bench know the men in the distance?

Pierre Bonnard (c 1903), The Pont du Carrousel shows this bridge over the River Seine near the Louvre in central Paris, with trees on the bank, lit by dawn/dusk.

Adrian Stokes (1903), Autumn in the Mountains shows the mountains of the South Tyrol, and was painted in freshly prepared egg tempera.

Tom Thomson (1915-16), Autumn’s Garland shows a composite view of woods near Toronto, assembled in the studio during the winter from plein air oil sketches.

Egon Schiele (1917), Four Trees is an Expressionist work based on views in Austria, showing four young chestnut trees in the setting sun.

Thanks, in part, to the advent of modern pigments.