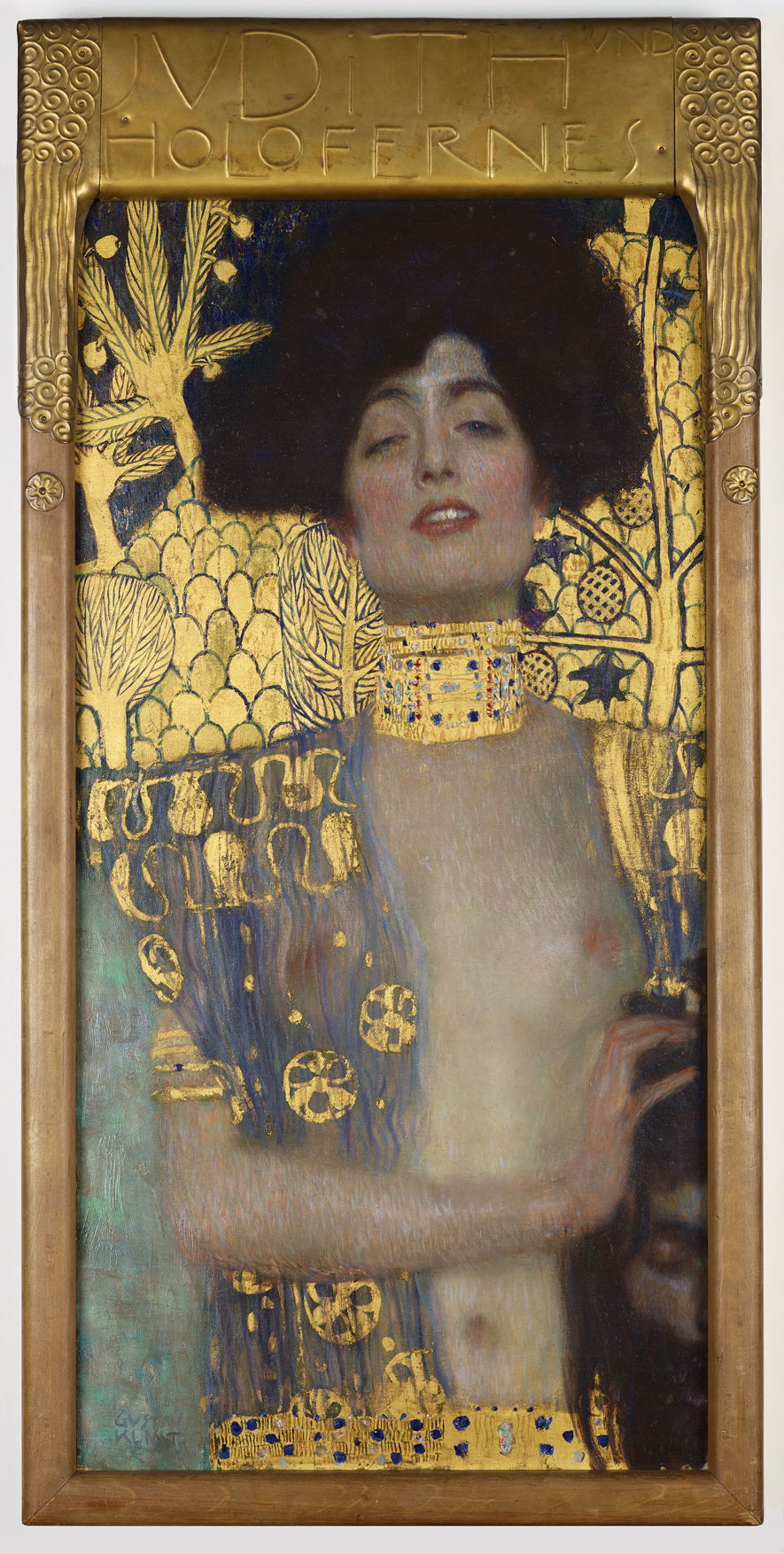 Last year I greatly enjoyed looking at a very wide range of paintings, particularly those from the nineteenth century, and those bearing narrative. In this article and tomorrow’s, I look back at some of the year’s high points which I hope merit revisiting.

I stumbled across a most unusual artist in The Eclectic Georges Clairin: elegance, corpses, and frou-frou. He seems to have painted everything from elegant ladies fishing to a truly surrealist hat made from coral.

His most important paintings, though, show Ouled Naïl women, from a nomadic group from the foothills of the Atlas Mountains, and are ethnographic masterpieces.

As I reached the end of my series looking at aspects of coastal painting, I came to the moving subject of Utonulá, the drowned woman, such modern and tragic motifs.

I found Jakub Schikaneder’s pastel of Utonulá (Drowned Woman) from 1893 most impressive and most moving. A young woman in a white gown rests, dead, on the sand of a beach. Her legs merge in the mist into the sand, making her appear almost ethereal. The sea is calm, the sun rising. There is no wreckage, no explanation for her drowning, just an emptiness.

You can see more of his painting in Twilight of the Soul: Jakub Schikaneder 1.

I completed my epic series of 85 articles looking at paintings of the myths in Ovid’s Metamorphoses. In article 73, I reached the tragedy of Dido and Aeneas, and the origin of the apes.

There I showed what is probably the only conventional history painting ever made by Henry Fuseli, known simply as Dido (1781). Dido has just been abandoned by Aeneas, has mounted her funeral pyre, and is on the couch on which she and Aeneas made love. She then falls on a sword which Aeneas had given her, and that rests, covered with her blood, beside her, its tip pointing up towards her right breast.

Her sister Anna rushes in to embrace her during her dying moments, and Jupiter sends Iris (shown above, wielding a golden sickle) to release Dido’s spirit from her body. Already smoke seems to be rising up from the pyre, which will confirm visually to Aeneas that she has killed herself, as he sails away from Carthage.

A full listing of all the different parts of this series is here.

Last year I marked a succession of painters’ deaths, most as a result of the pandemic influenza which swept across the world after the First World War. The first major artist to die in 1918 was Gustav Klimt.

Inspired by the early Byzantine mosaic showing the Empress Theodora, in the Basilica San Vitale in Ravenna, Italy, the peak of Klimt’s Golden Phase is unique in art.

Much of the surface of his first Portrait of Adele Bloch-Bauer is encrusted with gold and silver, and decorated with symbols of eyes, flowers, whorls, ellipses divided into halves, and rich textures worked into the gold leaf. To accomplish this involved a great deal of craftsmanship, using age-old techniques developed before the Renaissance, and took long days handling delicate leaves of precious metal.

Perhaps my major theme for the year was rediscovering Naturalist painting between about 1880 and the early years of the twentieth century. Among its founding fathers is the underrated Léon Lhermitte, for example in Gleaners, Markets and Scientists: Paintings of Léon Lhermitte 2.

If you’ve ever visited Paris, you will have come across Les Halles, which in those days was the main and most central market in the city of Paris. The market’s origins were mediaeval, then during the nineteenth century it grew even busier, and was re-housed in iron and glass buildings erected during the 1850s. Lhermitte’s friend Émile Zola set his novel Le Ventre de Paris (1873) in this market. Les Halles was dismantled and replaced with a concrete shopping mall in 1971.

Appropriately in the Spring, I looked at the masterly Paintings of Bruno Liljefors, one of the greatest painters of wildlife.

Liljefors used extensive field observations and sketches, museum specimens, and careful studies to construct superb paintings such as his Common Swifts of 1886, which would even be a challenge to the high-tech modern photographer.

Returning from nature to Naturalism, I found some almost unknown works in A Civic Starkness: Paintings of Eugène Buland. Among them is one of my now-favourite paintings.

Le Tripot (The Dive) (1883) is set in a seedy, downmarket gambling den. It is a group portrait of five hardened gamblers at their table. Each is rich in character, and makes you wonder how they came to be there. A little old widow at the left, for example, looks completely out of place, but is resolutely staking her money. Looking over her shoulder is a man, whose face is partially obscured. Is he, perhaps, a son, or a debtor?

A young spiv at the far right is down to his last couple of silver coins, and looks about to lose them too. The air is thick with smoke, the walls in need of redecoration, and a pair of young streetwalkers prowl behind them, looking for a winner who will spend some of their cash on them. Reading this painting is opening a whole book.

In another series, I looked at more technical aspects of painting in the history of different pigments. My favourite is The blue from over the sea, Ultramarine.

Visit any of the larger galleries with substantial collections of paintings made before 1700, and you’ll see works with drapery which I can only describe as arresting in the brilliance of their Ultramarine Blue. One stunning example in the National Gallery in London is Sassoferrato’s The Virgin in Prayer from 1640-50. The Virgin’s cloak looks as if it was painted only yesterday, and that colour makes you stop in your tracks and draws you into the painting, like no other pigment can.

An introduction to the series and listings of its twenty-three articles are here.

Last year was my first chance to look at the paintings of Ferdinand Hodler in depth, to mark the centenary of his death. Among them are his last landscapes, painted from his home on Lake Geneva.

Lake Geneva with Mont Blanc in the Morning Light (1918) simplifies the view into water, a band of reflections, the mass of the far shore and mountains merged, and the dawn sky. This is his ultimate expression of the deeper truth and inner unity of the world, one of the most serenely beautiful landscapes of the century.

I looked at several aspects of Orientalism, including Alberto Pasini’s Oriental World.

Another detailed realist, Pasini’s Market Day in Constantinople from 1877 is one of his finest paintings of the city’s waterfront, and a ‘big’ view as its quay sweeps gently away into the distance.

The detail below shows how meticulous Pasini is in his closer figures and produce, including his signature group of melon sellers with their great green globes glistening in the sunshine.

Children have long been popular subjects for paintings, although they can be among the most difficult models to work with. But depictions inside the schoolroom are less common. I looked at some modern works in Painting the Class: schools from 1860 to 1907.

Among them, one of the most fascinating in several respects is Paul Louis Martin des Amoignes’ In the Classroom from 1886. One boy, staringly intently at the teacher in front of the class, is caught crisply, pencil poised in his hand. Beyond him the crowd of heads becomes more blurred, as if it may have been painted from a photograph, or at least used photographic depth of field – a very modern concept in 1886.

In Monkeying Around: Painting apes 2, I came across Gabriel von Max, a German artist whose work and life centred on monkeys.

Von Max appears to have had very tender and personal relationships with his monkeys. In Go to Sleep! from 1900, a young woman, possibly his daughter, is nursing an infant monkey who is staring with tired eyes into the distance. Charles Darwin’s book The Descent of Man had been published in 1871, so the artist would have been well aware of the proposal that monkeys and humans had common ancestors.

Tomorrow I will look at paintings and articles from the second half of the year.