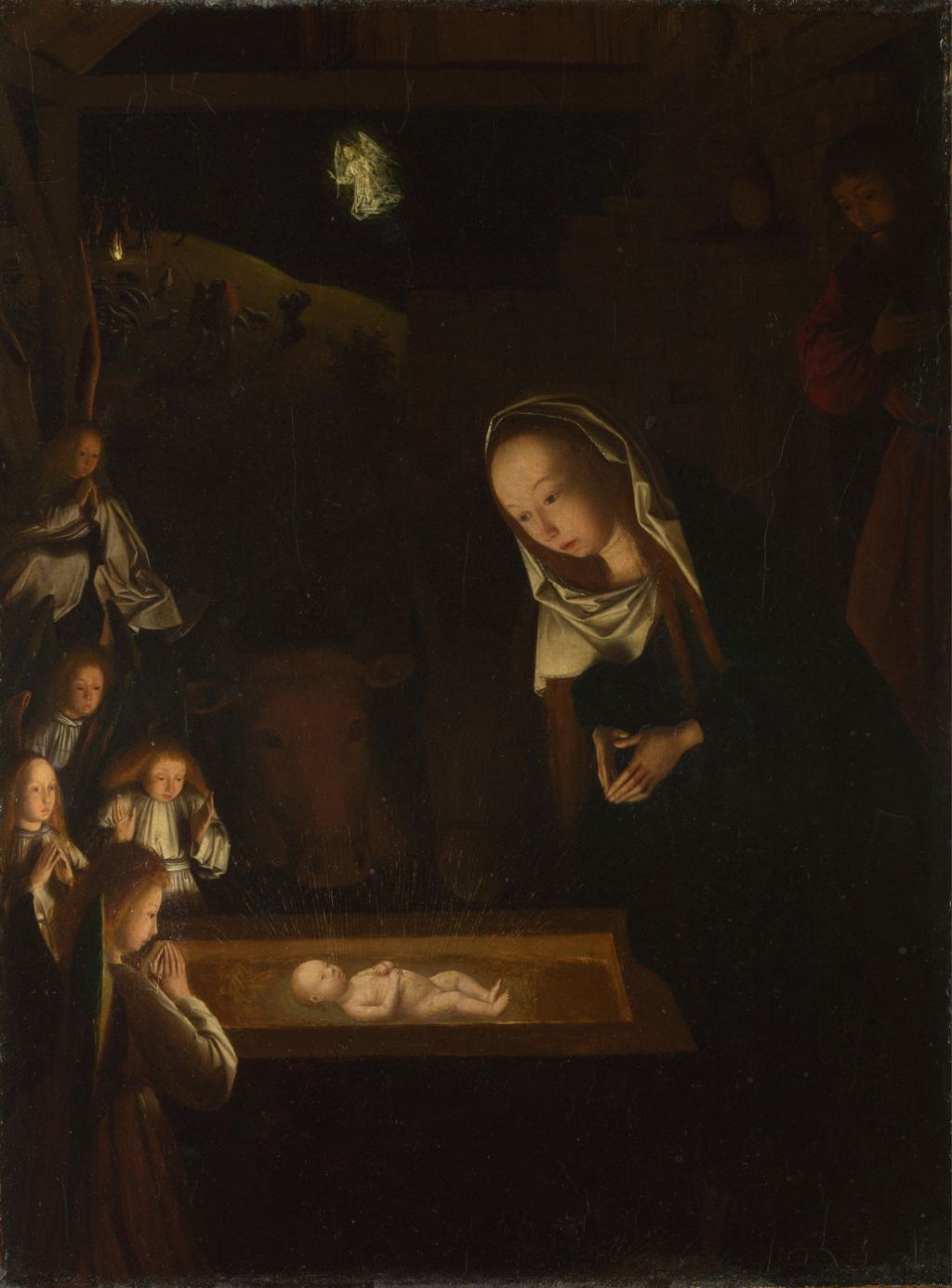 Hundreds, perhaps thousands, of paintings of the Nativity have been made since the Renaissance, the majority of which have followed the conventions established during the late Middle Ages and Renaissance. There have also been some notable rebels, a few of which I will show in this article to mark Boxing Day. I start with Sandro Botticelli, whose more conventional Nativities I showed in yesterday’s article.

Towards the end of the fifteenth century, there was a growing feeling of apocalypse in northern Italy, something with which we can perhaps empathise. The French had been at war since 1494, when ten thousand of their troops invaded Florence. Although they were persuaded to withdraw peacefully, that war continued for another four years. The Renaissance was a turbulent time in terms of ideas, Florence was growing rapidly, and remained under the control of a few elite families.

In 1490, the radical preacher Savonarola had arrived in the city, calling on repentance from vice and corruption which he saw as being rife at the time. He preached to huge crowds in Florence Cathedral, proclaiming his vision of Florence as the New Jerusalem, citing chapters from the Book of Revelation with its disturbing succession of apocalyptic scenes.

The established church reacted, charging him with heresy (he had already been excommunicated in 1497), torturing him to confess that his visions were false, and he was hung then burnt, along with two of his leading followers. There followed religious repression, which only fuelled the feeling of apocalypse.

Botticelli’s response was quite unlike his previous paintings. At its heart are the same key elements as are traditional, but they are set uniquely between scenes which today look quite bizarre.

At the very top is an inscription in Greek, which means: “This picture, at the end of the year 1500, in the troubles of Italy, I Alessandro, in the half-time after the time, painted, according to the eleventh [chapter] of Saint John, in the second woe of the Apocalypse, during the release of the devil for three-and-a-half years; then he shall be bound in the twelfth [chapter] and we shall see [him buried] as in this picture.” This refers to the chapters from Revelation which Savonarola had used in his preaching.

Below that are twelve angels, dressed in the colours associated with faith, hope, and charity, who are circling a golden opening in the heavens. The angels fly/dance in a circle, clutching olive branches, at the bottom of which are crowns associated with the kingship of Christ. The ribbon-like objects are in fact scrolls, which examination by infra-red reflectography has shown to bear inscriptions meaning “peace on earth to men of good will”.

Below this is the traditional cattle-shed with the holy parents and infant, standard animals, shepherds, and further angels.

At the foot of the nativity scene is another passage which appears strange. Three angels are seen embracing men, possibly a reference to Savonarola and his accompanying martyrs. Behind them, among the path and rocks, are seven small devils, some of them already impaled on their own weapons, who are fleeing back to the underworld.

This is a strange blend of a traditional nativity, apocalyptic elements more appropriate to a scene of the Last Judgement, and veiled references to contemporary events.

Far from being revolutionary, it appears that this Mystic Nativity was soon hidden away and forgotten. It was rediscovered by William Young Ottley when the French were occupying Italy again, at the end of the eighteenth century. He brought it to England, where it was eventually purchased by the National Gallery in London, where it continues to baffle and to mystify.

Just a decade before the Mystic Nativity, it was scenes of the nativity which were largely reponsible for the ‘compositional chiaroscuro’ which flourished during the late Renaissance.

A literary influence on many nativity scenes was the vision of Saint Bridget of Sweden, in which the infant Jesus was a source of physical light. This led painters such as Geertgen tot Sint Jans to make nocturnes in which a mystical light created dramatic effects. His Nativity at Night, which is thought to be from about 1490, uses chiaroscuro with narrative sense too, resulting in great tenderness and reverence, thanks to its tonal transitions. Once popularised in nativity scenes, it was poised for more general use by masters such as Caravaggio.

My next experimental Nativity is an unusual composition, a unique narrative, and one of very few paintings in (probably glue-based) tempera on copper.

William Blake’s Nativity of 1799-1800 shows Joseph (left) supporting the Virgin Mary, who appears to have fainted. Jesus has somehow sprung from her womb, and hovers – arms outstretched as if ready for crucifixion – in mid-air. On the right, Mary’s cousin Elisabeth greets the infant, with her own son, John the Baptist, on her lap. Blake makes clear the difference in age between Elisabeth and Mary.

Although that’s highly unconventional, Blake still includes, at the right, the traditional ox and ass, and a cross or star burns bright through the window at the top.

In the latter half of the nineteenth century, two distinct trends became established in paintings of the Nativity.

Jean-Léon Gérôme was one of the first to set the traditional Nativity scene inside a different visual context, as a reminder of the events which were taking place at the eastern end of the Mediterranean during the reign of the Roman Emperor Augustus. In The Age of Augustus, the Birth of Christ (c 1852-54), the emperor sits on his throne, overseeing a huge gathering of people from all over the Roman Empire. Grouped in the foreground in a quotation from a traditional nativity is the Holy Family, whose infant son was to transform the empire in the centuries to come.

The other trend was modernisation of the scene to recast it in a contemporary social setting. Fritz von Uhde’s triptych of The Sacred Night painted in 1888-89 shows three scenes from a contemporary reworking of the story of the Nativity. In the centre is a very modern interpretation of the classic Virgin Mary and Child, with the adoration of the Magi on the left, and a delightful angelic choir singing amidst the rafters of the barn on the right.

His undated Christmas Night shows another modern interpretation of the Holy Family of Joseph, the infant Christ, and the Virgin Mary in their improvised accommodation in Bethlehem.

Maurice Denis was another artist who transcribed events described in the Bible into modern settings. One of his most impressive is his thoroughly modern Nativity from 1894, in which the birth of Jesus takes place in a French town.

The Pre-Raphaelite Eleanor Fortescue-Brickdale gave her undated watercolour of The Nativity a thoroughly contemporary look, apart from the Virgin Mary’s costume.

My last innovative Nativity is as challenging to read as Botticelli’s Mystic Nativity, and was painted between the wars by the eclectic Italian-American artist Joseph Stella.

The Crèche is an ingenious framing of the Nativity. At its centre is the Nativity ‘crib’ popularised by Saint Francis of Assisi back in 1223, almost exactly seven centuries earlier, with an audience who appear to have been drawn from Stella’s home city in Italy, playing traditional bagpipes in homage.

May we all recover from the many woes of the last year in a peaceful and healthy 2021.