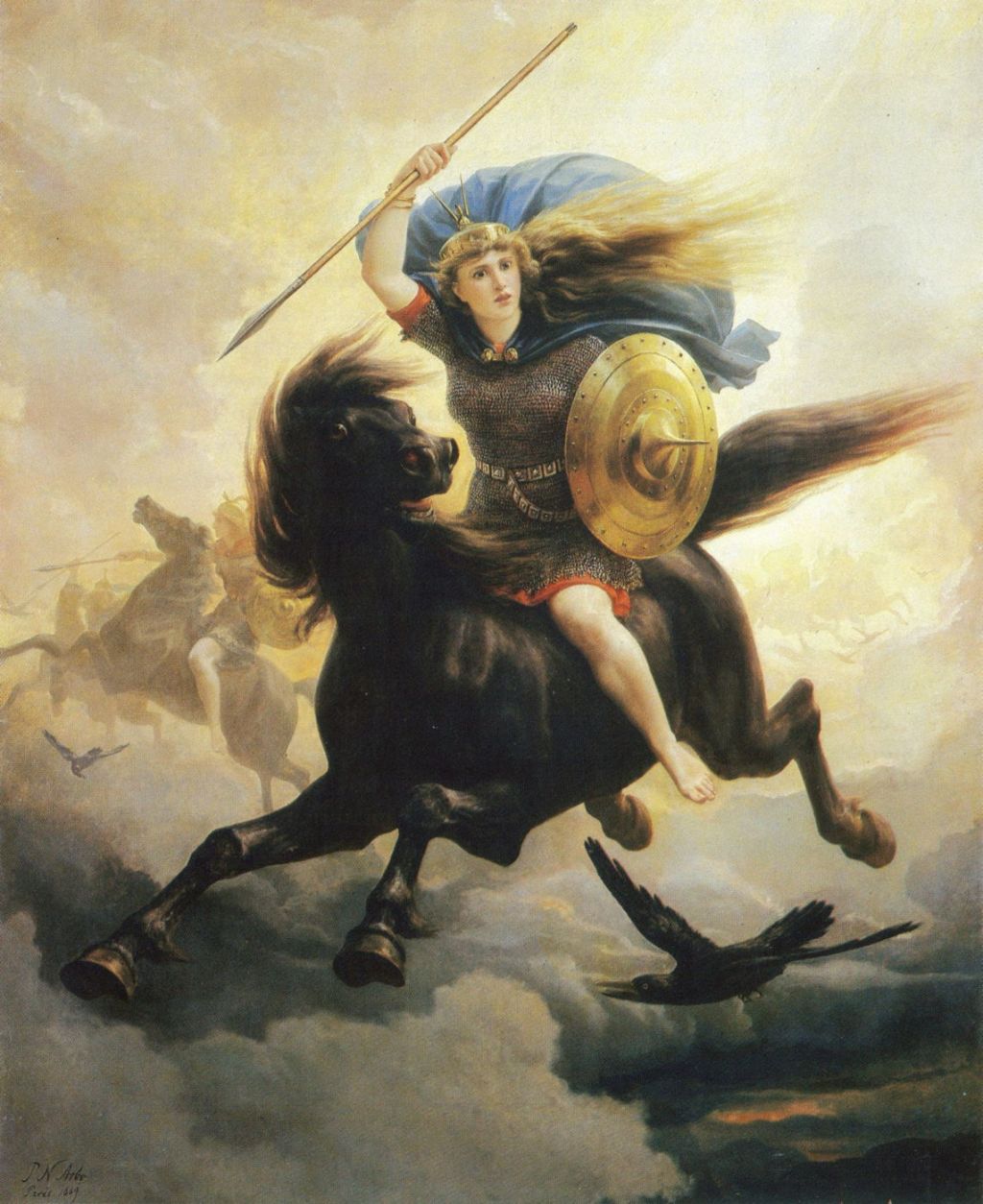 Which birds do you most strongly associate with death?

For some, now that travel to areas where vultures live is relatively easy, they might be a first choice. But for most Europeans alive prior to the Second World War, the answer would have been crows, ravens, rooks, and other large black birds. As they feed on carrion, they’re not infrequently seen in large groups tearing at the corpse of some unfortunate wild or domesticated animal. With their distinctive blood-curdling calls, and black plumage, they could almost have evolved for the role.

In today’s and tomorrow’s articles, I’m going to look at paintings of these harbingers of death, and consider how art has developed their image. Today’s paintings cover the period from the sixteenth century up to about 1870, and tomorrow I’ll look at more recent work.

One longstanding association is that crows or ravens are often seen perching on gallows and at scenes of execution, as in Pieter Bruegel the Elder’s The Procession to Calvary from 1564. As the whole of Jerusalem seems to be flocking towards the distant site of execution, a large black bird rests on the gibbet at the right edge of the painting, and there are others in flight.

Although crows and ravens had cameo appearances on many landscape paintings in the intervening period, it took Caspar David Friedrich’s ‘Gothic’ Romantic paintings to give them star roles. In his Tree of Crows from about 1822, the birds are only doing what they’d normally do around dusk. But Friedrich’s wonderfully wizened trees and the eerie light play tricks with us, and they appear sinister. The artist was apparently inspired in this by an ancient tumulus near the Baltic coast at Rügen, one of his favourite locations.

Friedrich’s followers had similar interests in large black birds, although in Carl Friedrich Lessing’s Landscape with Crows, from about 1830, this doesn’t appear in the least bit sinister. This is a small and painterly plein air landscape sketch, with visible brushstrokes in the vegetation, and gestural construction of its trees and the birds.

When the story of Mazeppa, as told in one of Lord Byron’s poems, became a popular theme for paintings towards the middle of the nineteenth century, birds of carrion were quickly implicated as signs of impending death.

In Eugène Delacroix’s Mazeppa on the Dying Horse (1824), the first of the ravens is already on scene ready for the horse to crumble under Mazeppa, and a line of its friends is arriving just in case there’s room at the table for them too.

Byron’s poem ends when Mazeppa wakes up in bed, having been rescued from unconsciousness by a “Cossack Maid”, who then tends his wounds. Chassériau’s A Young Cossack Woman Finds Mazeppa Unconscious on a Wild Horse is one of the few faithful accounts of the end of the poem, down to the ravens flying overhead waiting to feed on Mazeppa’s corpse.

When the unfortunate Richard Dadd was committed to mental hospital in London, he must have experienced a lot of disturbed and disturbing behaviour, but made little reference to it in his paintings. Crazy Jane, dated by him 6 September 1855, is a watercolour which is an exception to this, and perhaps gives a little more insight into those around him.

With his lack of female models, his Jane is clearly a John, and he draws on peacock feathers and other objects from his faerie paintings. The recession of large crows flying from the distant ruined tower is particularly effective.

By a strange coincidence, at around the same time, Jean-François Millet made his first image of a sower in the fields, with a flock of crows streaming from a similar distant tower.

Millet revisited that successful painting in two later pastel works with the same title, The Sower, in around 1865. This shows the crows more clearly than his original, as well as the distant tower of Chailly. Whether the artist envisaged those birds having their symbolic meaning is an unresolved question: away from the coast, where seagulls are less common, crows are often the birds seen in company of those working the land.

Ravens have specific associations in Nordic and Germanic mythologies, which were made clear in the paintings of Peter Nicolai Arbo.

In his second version of Valkyrie from 1869, Arbo follows normal conventions in showing a warrior-like woman, with chain mail armour, shield, helmet, and spear, in flight with her escorting ravens.

Arbo’s magnificent Åsgårdsreien (Åsgård’s Ride, The Wild Hunt) from 1872 is drawn from a more general European folk myth, which is specifically included in the Norse canon. This group of ghostly huntsmen, complete with Valkyries and their ravens, passes in their wild pursuit. According to the story, seeing the Wild Hunt was the harbinger of major catastrophe, usually a battle with many deaths. The riders could also snatch humans up and abduct them, perhaps to Valhalla, as Arbo shows in this powerful painting.

Tomorrow my paintings start further east, in the vastness of Russia.