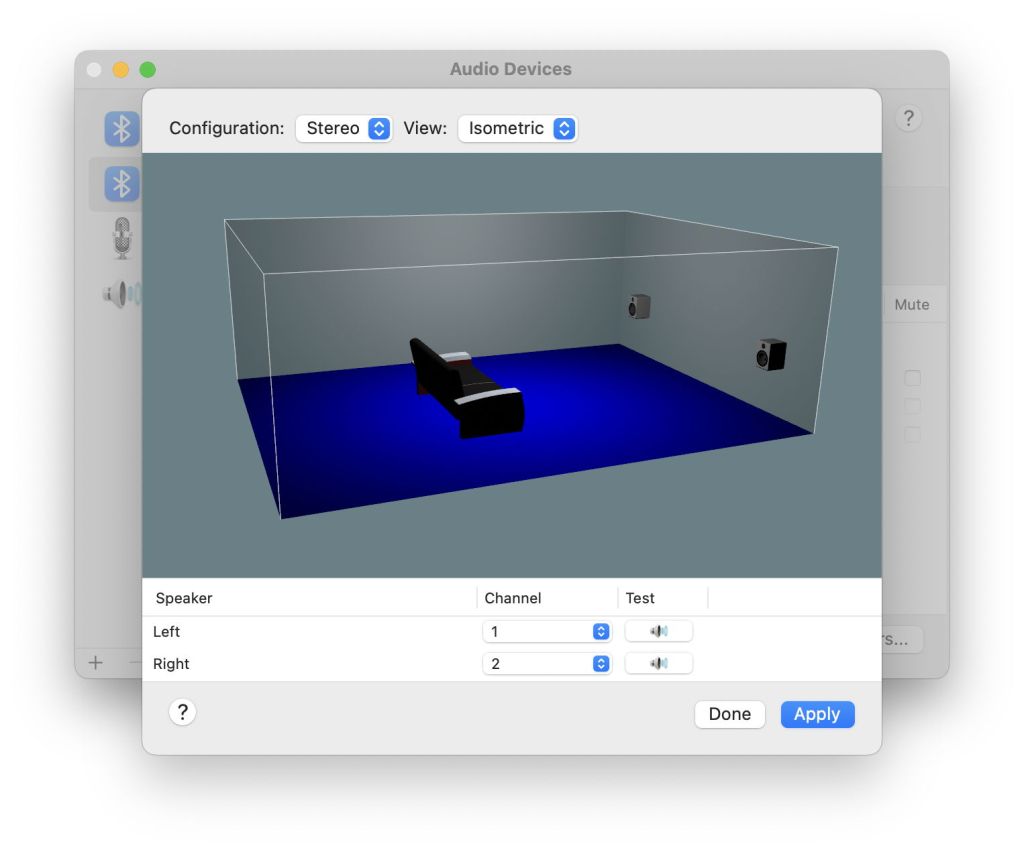 If your Mac’s sound seems straightforward, you haven’t scratched below its surface. Now, with Monterey and M1 models, we’ve got everything from mono to Spatial Audio, configured in the menu bar, the Sound pane in System Preferences, and a whole app, Audio MIDI Setup. This article points you in the right direction.

Sound in the menu bar

As you’d expect, this provides on-the-fly controls over sound output. Hook up your AirPods Max, for example, and start playing audio with support for Dolby Atmos, as in Apple TV+, and an M1 or recent Intel model now offers you control over the output device, noise control, spatial audio, and output volume.

According to Apple, Spatial Audio is supported by all M1 models, and iMac, MacBook Air and MacBook Pro models from 2018 onwards. Supported output devices include AirPods, internal speakers, and wired headphones. 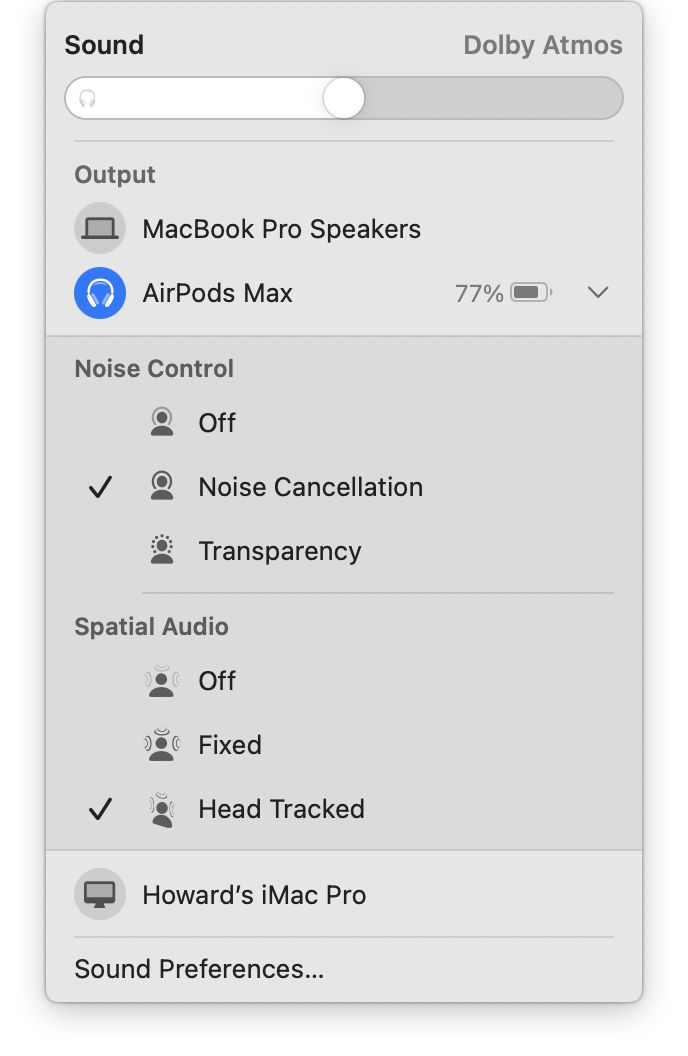 If your Mac isn’t currently playing audio, or doesn’t support it, then spatial audio control won’t be available, which might appear confusing.

The main addition here for output devices is balance control. In addition, you get basic controls for input devices, and sound effects settings, including a separate alert volume, and a switch for the startup chime. 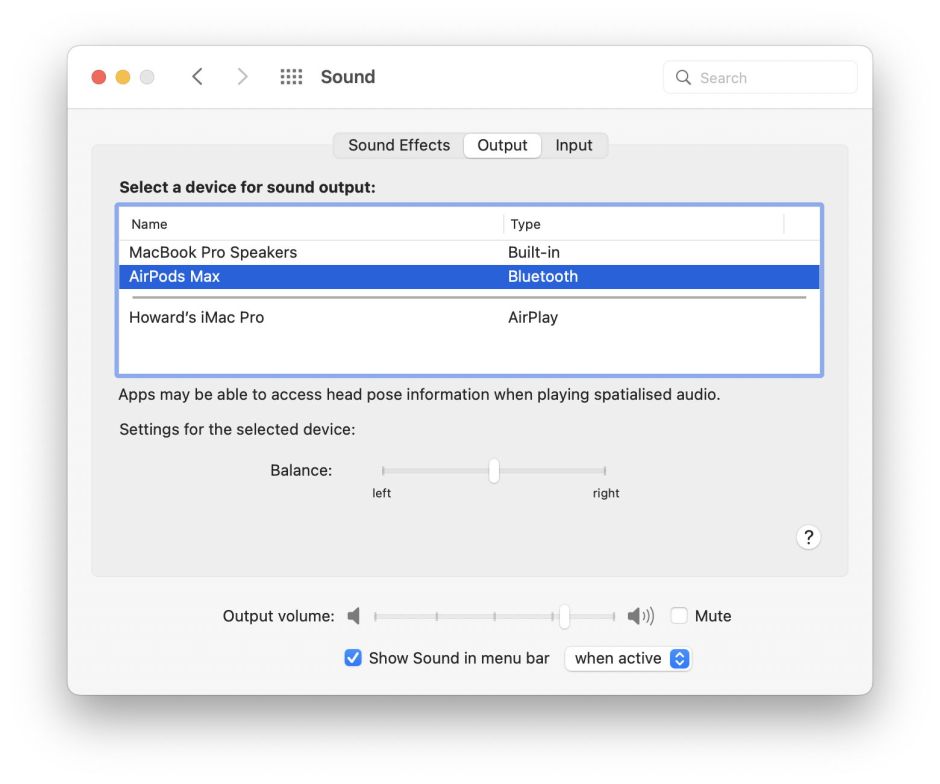 This app is little-used, and hidden away in the /Applications/Utilities folder. If you use additional audio or MIDI devices, it provides primary control over them, in its MIDI Studio window, with another window for AVB devices on your network; those are both accessible from its Window menu. 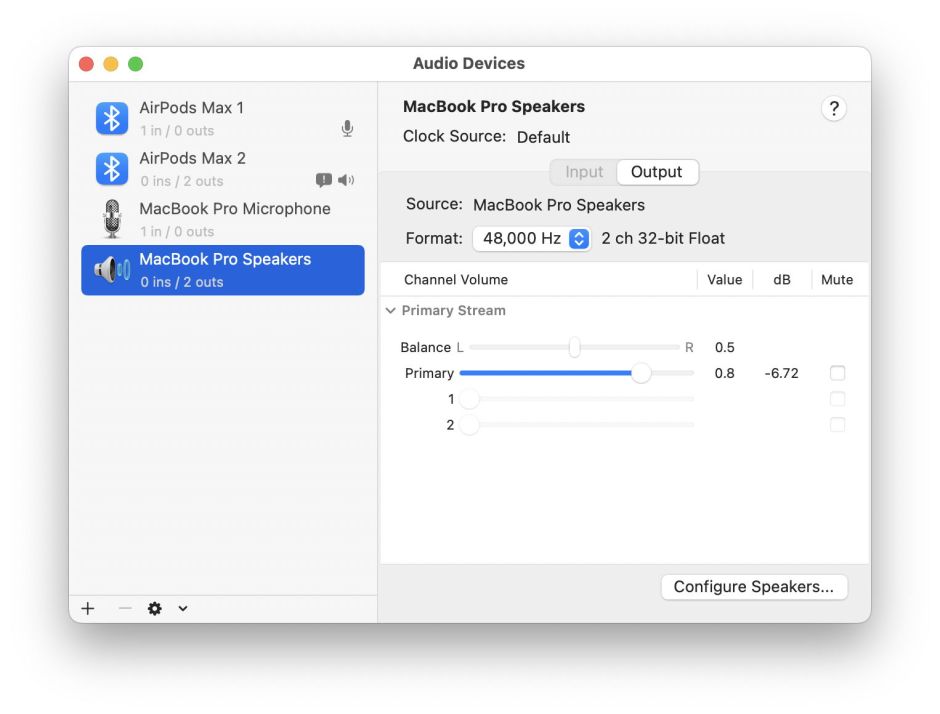 For each input and output device it provides further controls, of which the most important is the audio format used by that device. This is set in the Format popup menu for each device, and commonly ranges from 44.1 to 96 kHz, with the default normally set at 44.1 or 48 kHz.

There’s long-running controversy over the uppermost frequency you should select here. Conventional opinion is that, even in young adults, the human ear can’t detect audio frequencies above 20 kHz. Thus, industry has standardised on 44.1 kHz as the highest frequency recorded in audio CD and most digital sound files, and 48 kHz if you’re lucky.

Many audiophiles claim that they can distinguish audio at higher frequencies, sometimes up to 96 kHz. If you’re one of them, then Audio MIDI Setup is an essential tool, as it’s here that you can configure audio output at non-standard frequencies, for devices that support them. 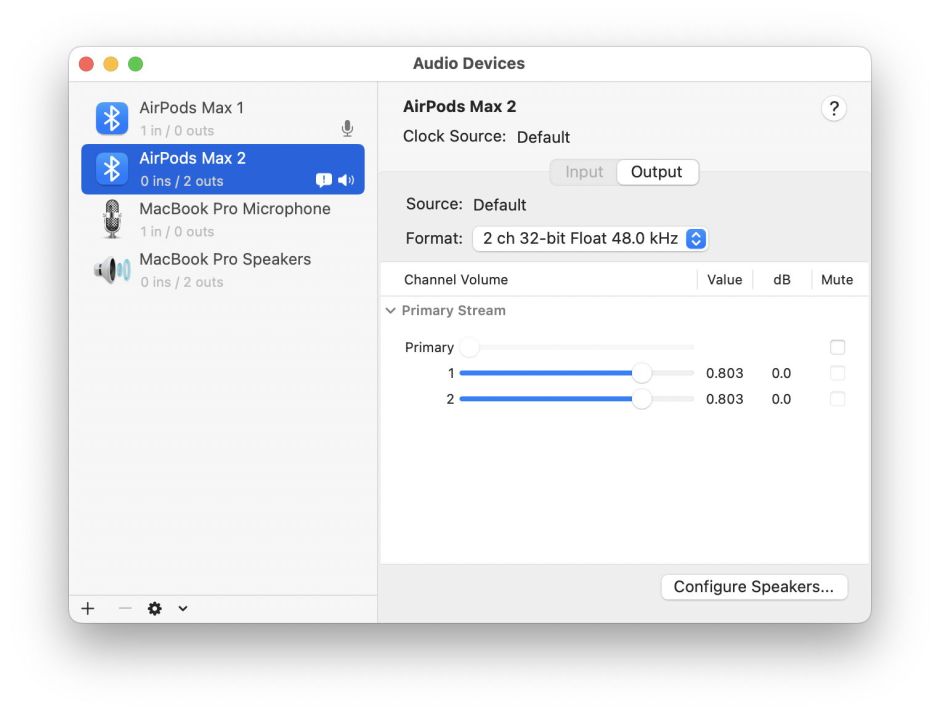 If you want to experiment to see whether you can hear the difference between output formats, ensure you enlist the help of someone else so that you can audition various tracks using different formats without knowing which they are (‘blind’). You’ll also need a supply of audio tracks mastered and recorded at higher frequencies; as 44.1 or 48 kHz seem almost universal, that isn’t easy. 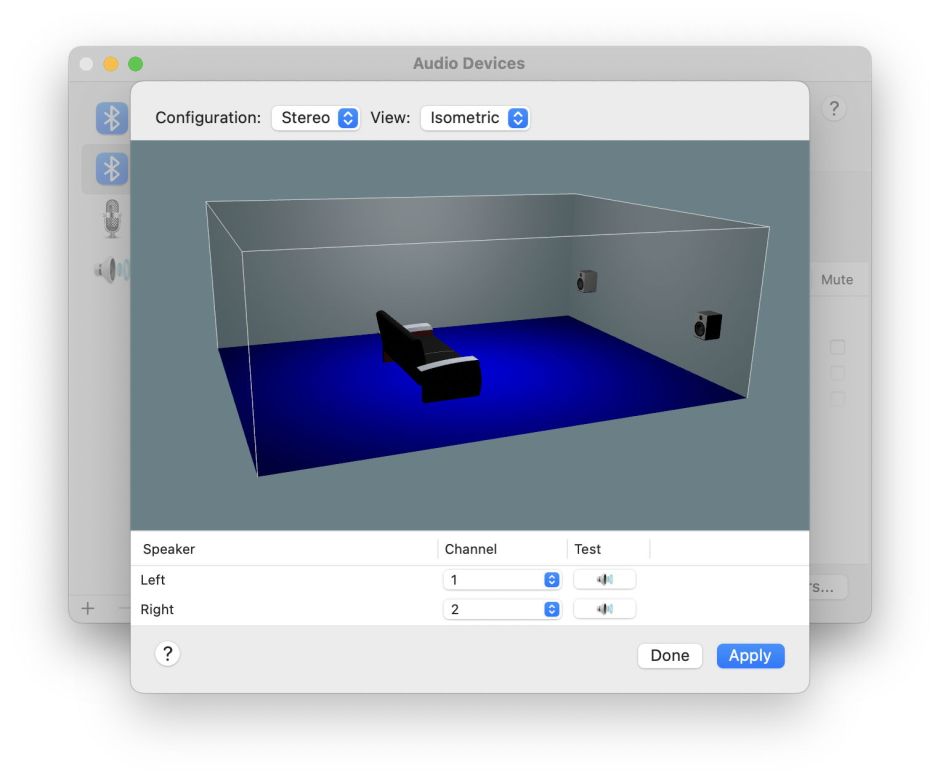 The final feature of this hidden gem of an app is only for the serious audio nerd: it provides an inspector for all settings in the macOS audio frameworks. To view these, open its Preferences and select the Info tool. 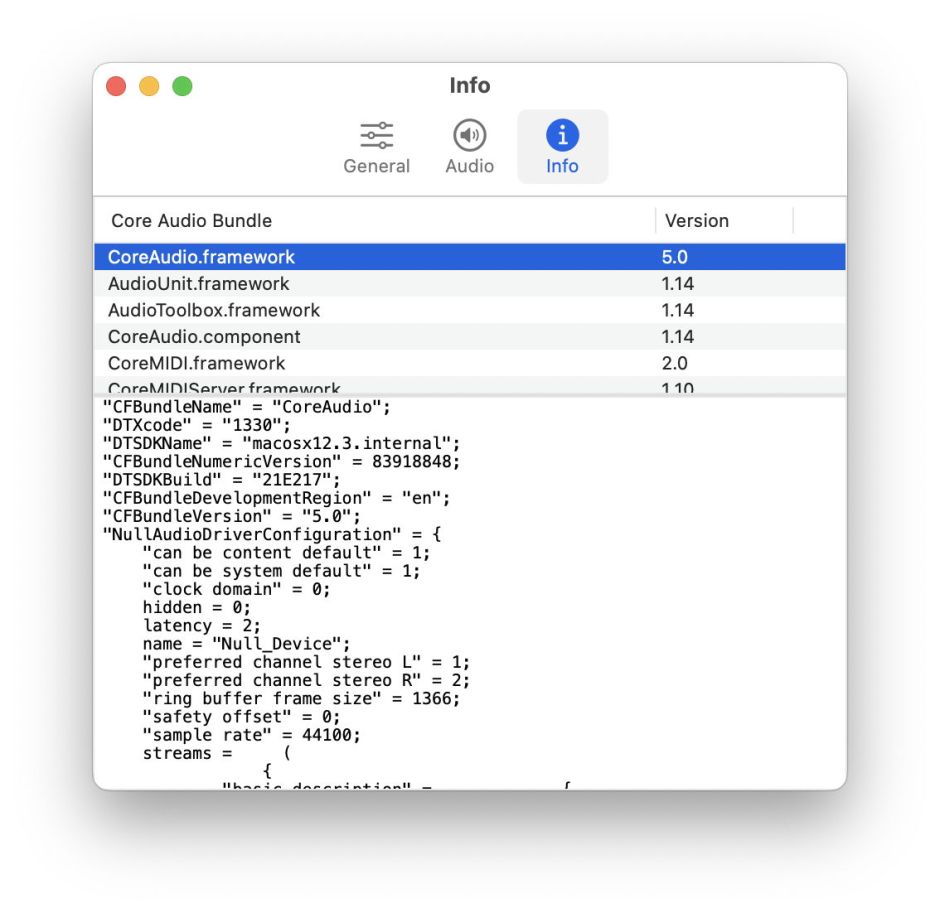 You can get lost in there for days at a time.