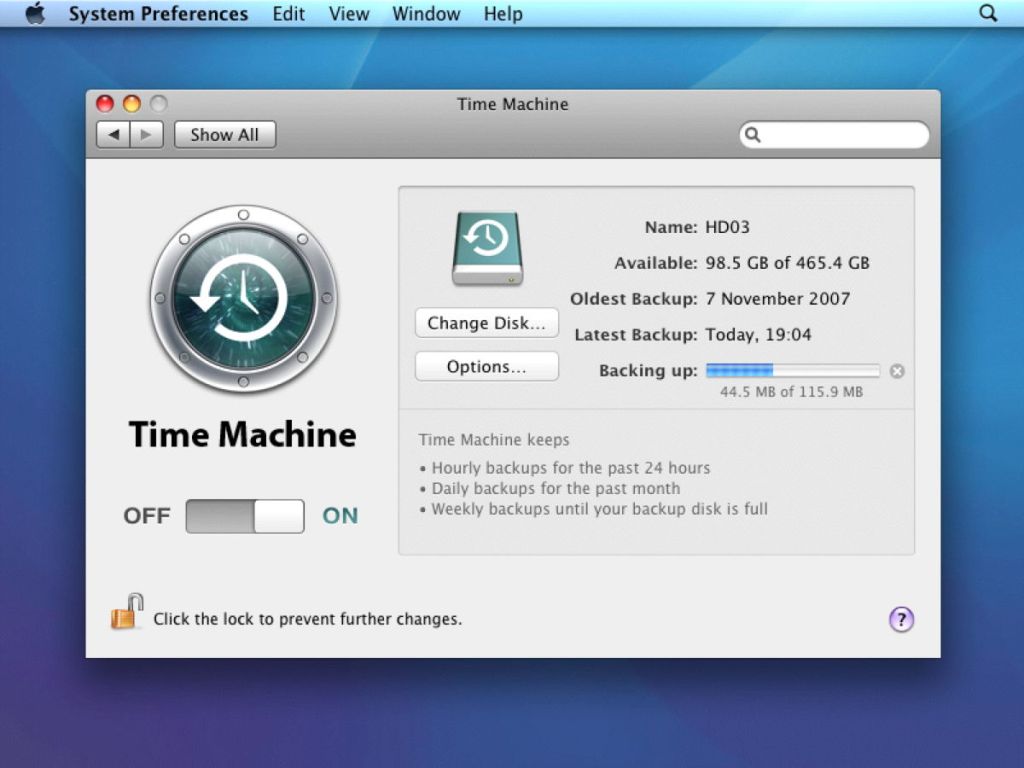 In just over a month’s time, Time Machine will turn fourteen, making it one of the longest-lasting and externally almost unchanged features in macOS. As I’ve been trawling back through my archives preparing a talk for MacSysAdmins about Time Machine, I though you might enjoy a stroll down memory lane, and return to autumn 2007 for a few moments.

Before Time Machine, there were plenty of backup products for the Mac. Among them was Apple’s free Backup, which could make limited backups to optical media and to the iDisk precursor to iCloud. 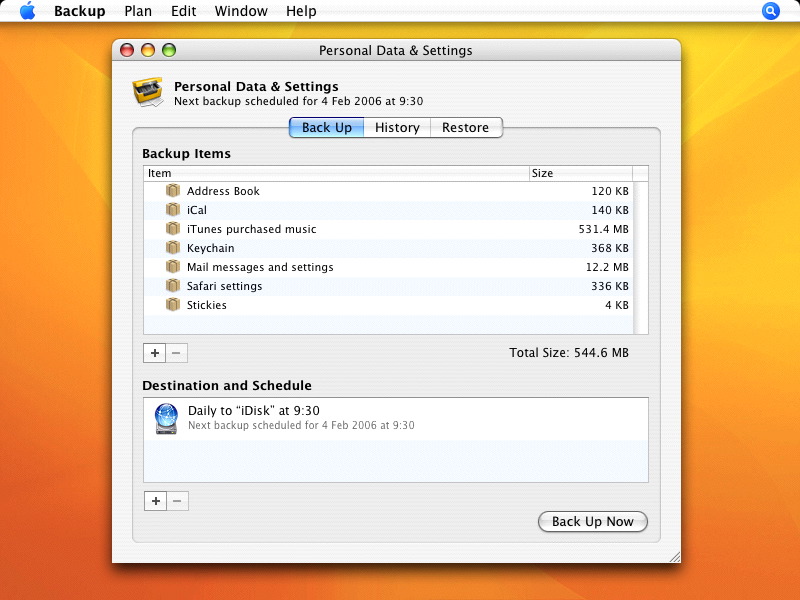 Although you could customise Backup’s backups, it was mainly intended for backing up small amounts of the most critical data, such as address books, calendars, and keychains. Everything else in your Home folder could be backed up daily to a hard disk, or monthly to optical media.

For the more serious Mac user of the day, Dantz’s Retrospect was probably the standard. Unfortunately, it had gone through a bad patch when it had bugs which lost some users data, and some like me were wary of further problems.

For servers (and those were the days when Mac OS X Server was a real server product), there were alternatives like BRU, which like Retrospect is still being sold.

Carbon Copy Cloner was very popular, although most of us then used it to clone disks rather than for making backups as such. 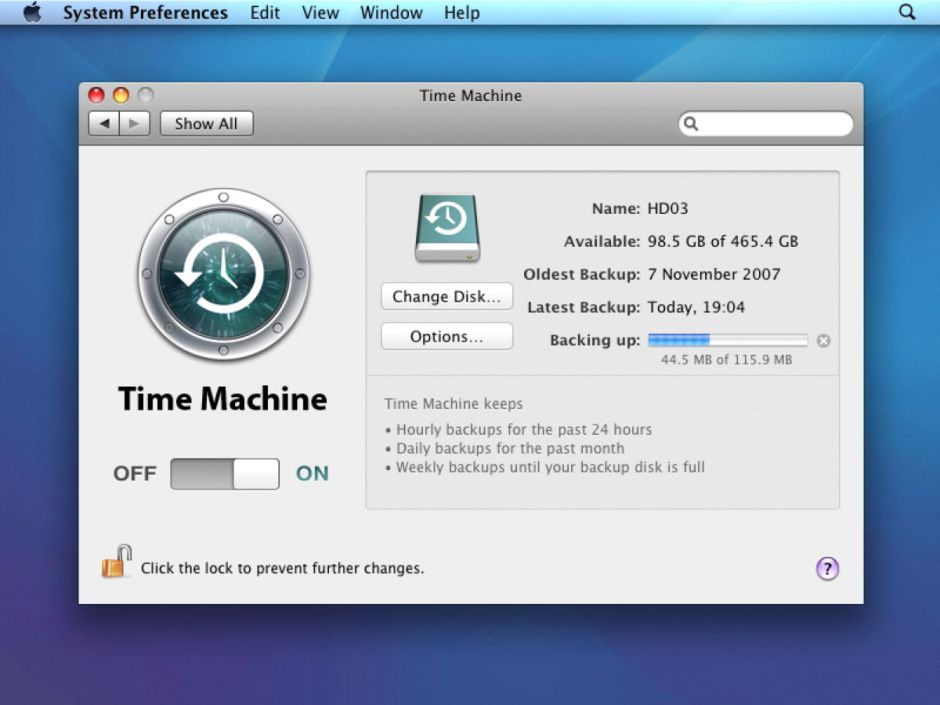 Its pane in System Preferences is little different, with the Options… button revealing the same exclusion list as in the current version. 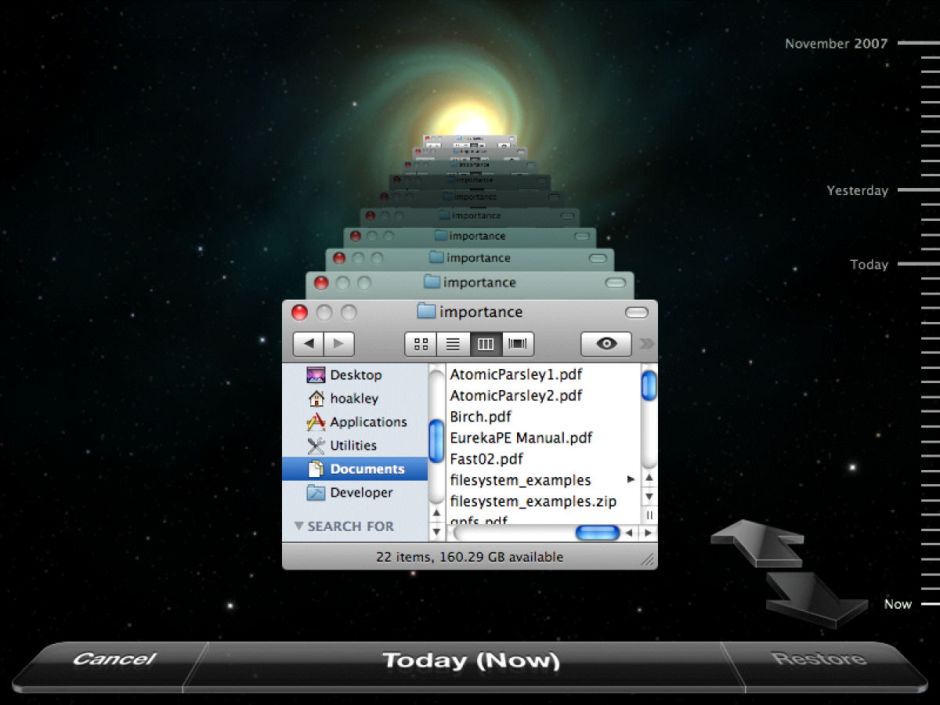 The application’s interface featured a single Finder-like window rather than the modern double window, but was otherwise remarkably similar.

At the time, Time Machine was both praised and slated. Unlike Carbon Copy Cloner, it couldn’t create a bootable backup, and there were problems with FileVault encryption, which at that time was FileVault 1 and only encrypted Home folders, not whole volumes. Despite those, the introduction of Time Machine transformed the work of many. I was writing the Q&A section for the UK magazine MacUser, and saw a dramatic fall in the number of users whose Macs had got into trouble without being backed up.

Some things never change: when Apple followed up the release of Time Machine with the first of its Time Capsules, a common complaint was the long period required for substantial backups. Here in 2021, nearly fourteen years later, a further hour is required to back up the remaining 5 GB of data to a shared APFS SSD.