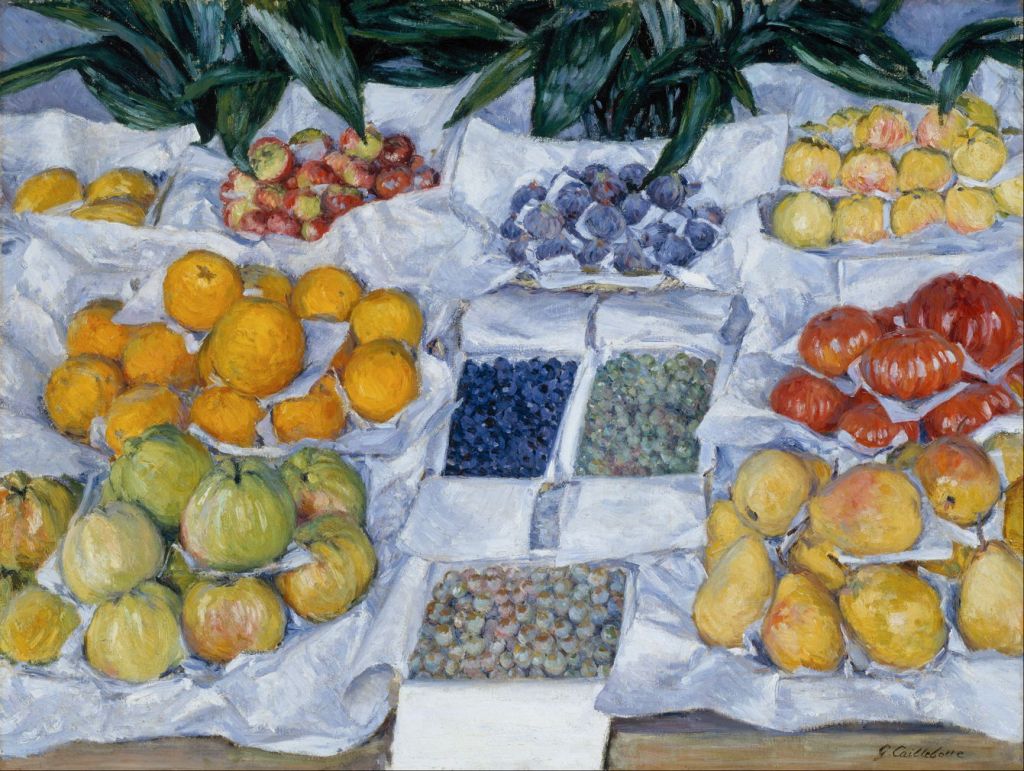 The nineteenth century brought radical change to painting not seen since the Renaissance, with the rise of two apparently opposing schools: Impressionism, with its emphasis on atmospheric landscapes painted quickly in front of the motif, and Naturalism, which still relied on detailed realism to depict real events, often with social implications. It might appear that in neither was there any place of value for still life paintings.

There are always some artists who go against the trend, though, and the century brought one of the greatest painters of floral still lifes, Henri Fantin-Latour.

After an uncertain start in which he was most successful at painting copies of works in the Louvre, in the early 1860s Fantin started painting floral still lifes, such as this Still Life with Chrysanthemums from 1862. These were the first of his original works to attract attention from prospective purchasers, and his friend Whistler promoted them when he was visiting London, resulting in early sales to Britain.

Another from slightly later is Still Life with a Carafe, Flowers and Fruit, where he explores the optical properties of different surfaces, just as had been popular among earlier still life painters.

In 1873, a year after his final and failed group portrait, Fantin painted a rejoinder in which he envisioned that corner of the room when his poet subjects had gone, in Still Life: Corner of a Table (1873). Although he doesn’t try to create a perfect match with the objects on the table in his original group portrait, there can be no mistaking his references. To help you see these disconnected references, the group portrait is shown below.

Still Life: Corner of a Table must be unique among still life paintings for only making sense when referred back to a previous group portrait.

Fantin’s floral still lifes continued, here in his Vase of Flowers from 1877, which is considerably looser and more painterly than those which had preceded it.

Other notable still life paintings were occasional forays rather than the start of a journey as productive as Fantin’s.

In the summer of 1872, Gustave Courbet painted an allegorical still life of The Trout, which is “hooked and bleeding from the gills”, a powerful expression of his personal feelings after being imprisoned for damage to the Vendôme Column during the Paris Commune. As he was allowed painting materials in prison, he painted several other still lifes at that time, none quite as moving as this.

Like many of his contemporaries, Elihu Vedder developed a fascination for objets d’art from the Far East, which he assembled in this Japanese Still Life in 1879. This may have been assisted by the fact that his brother was a US Navy doctor who was stationed in Japan at the time.

During Frédéric Bazille’s tragically brief career as the figurative Impressionist, he painted a small group of floral still lifes during the Spring of 1870, when he moved to his own studio in the rue des Beaux-Arts. Flowers is among them.

Several of those who exhibited in the First Impressionist Exhibition, but never became members of the core group, also painted still lifes.

Little is now known about Antoine-Ferdinand Attendu, who showed six paintings in the First Impressionist Exhibition. He was apparently a pupil of Louis Mettling, and went on to paint mainly still lifes and landscapes. He worked in Paris and Neuilly-sur-Seine, and was successful in his submissions to the Salon in 1870 and 1898.

He appears to have remained a conventional realist throughout his career, and the few landscapes which he painted don’t appear particularly distinctive, or in the least bit Impressionist.

Gustave Caillebotte was another who never really joined the core group, and by some is (unfairly) rated more highly in his role as a patron than as an artist. He too painted several still lifes, including Fruit Displayed on a Stand in about 1881-82. These have the common theme of food, and are more loosely painted than most of his works, but still quite realist.

What is unusual about this painting is its centrifugal composition: the central boxes of blueberries and plums are dominated by the brighter and larger displays of apples, pears, oranges, tomatoes, and figs at the edges of the canvas. This was a device often used in Naturalist (and other realist) painting to enhance the ‘action’ and dynamics of a scene, and wasn’t normally used by Impressionists.

Look more carefully at the catalogues raisonnés of those at the very centre of Impressionism, and you’ll find some surprises. Claude Monet painted this Still Life with Apples and Grapes in 1880, and in the next articles in this series I look at those painted by Renoir, Cézanne, and Vincent van Gogh, which were to become major paintings of the late nineteenth century.