Until a few years ago, Apple released firmware updates separately, as well as with updates to Mac OS X. Since then, the only way that your Mac can have its firmware updated is with a macOS update, and many users have reported that their Macs haven’t updated properly when others of the same model have.

One common and persistent block to firmware updates is the Mac whose original storage has been replaced, such as a Mac Pro which has had a third-party SSD upgrade, or the iMac with an internal Fusion Drive or hard disk which has been replaced with an SSD to cope better with APFS. Some users have had to swap their new internal storage out and replace the original before the update will install properly. That’s not good if you’ve got an iMac. 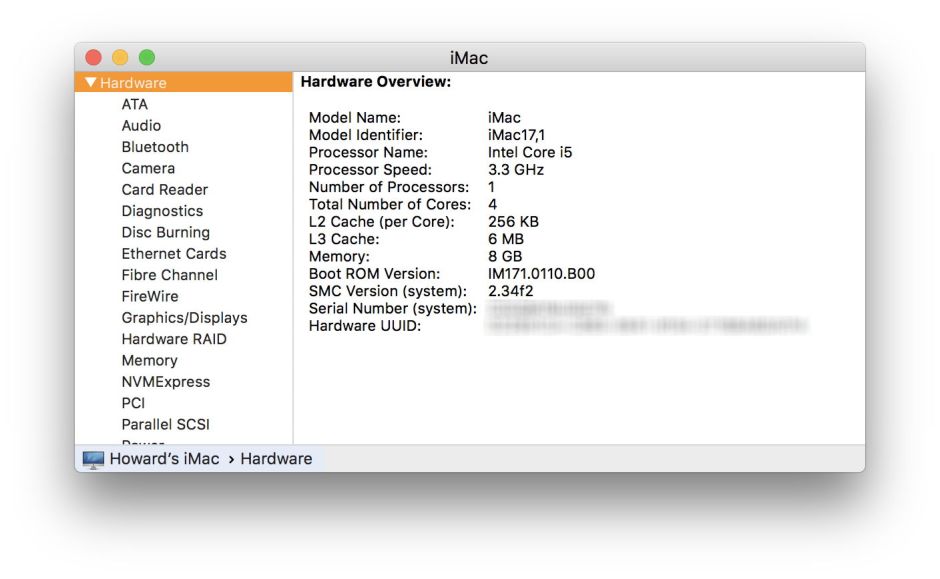 When Apple released Catalina last October, one model started to have widespread problems with firmware updates: the iMac Retina 5K 27-inch Late 2015, or iMac17,1. Although Apple unaccountably doesn’t publish lists of expected or current firmware versions, we know that model should have had a firmware version of 170.0.0.0.0 immediately prior to upgrading to Catalina, and that 10.15 should have installed firmware version 173.0.0.0.0. Many iMac17,1 systems didn’t, and remained stuck on 170.0.0.0.0.

Since Catalina 10.15, there have been several firmware updates for the iMac17,1, and the current version which was installed by the 10.15.6 update (and Security Update 2020-004 for High Sierra and Mojave) is 428.0.0.0.0. Still a great many iMac17,1 systems are stuck at 170.0.0.0.0, while others have updated successfully each time. I’m not aware of any other Mac model which has a similar problem with firmware updates.

In March this year, I undertook a survey of users with iMac17,1 systems. Although not random or necessarily representative in any way, you kindly sent me firmware versions for 59 different iMac17,1 systems, of which only 27 were then running the current firmware version. Overall, 54% of your iMac17,1 computers had failed to update their firmware correctly. By any standards, that is failure indeed.

I reported this to Apple using its Feedback system on 29 March 2020, in FB7644127. In the period of nearly four months since, I have received no acknowledgement of my report, nor any communication from Apple concerning this problem.

Since that report, firmware updates have come and gone, and many of your iMac17,1 systems remain stubbornly stuck on the last firmware they were running in Mojave, a year ago. You send me reports of what happens when you raise your out-of-date firmware with Apple Support: many are told incorrectly that version 170.0.0.0.0 is the latest, or the last version that model supports. A few have been lucky enough to have their problem ‘escalated’, only for it to peter out without any resolution.

With Big Sur now in beta-testing, many of you with iMac17,1 models and outdated firmware are wondering whether your iMac will successfully upgrade to the new version of macOS when it’s released later this year, and if so, whether your Mac’s firmware will update then. The iMac17,1 is comfortably within the list of models supported by Big Sur, which goes back to iMacs released in 2014. It’s also still a model which is officially supported by Apple, and will be for another couple of years.

There is one potential fix for this problem, which should always force a firmware update, actually a complete re-installation. That is to download the latest full Catalina installer, follow the instructions here to create a bootable installer, start up from that, and completely reformat the internal storage of your iMac. In doing so, the old firmware should be removed, and current firmware installed in its place. That is a long and protracted solution to a problem which Apple hasn’t even acknowledged, though.

Of course, it could be that Apple knows that little of any consequence has changed between firmware versions 170.0.0.0.0 and 428.0.0.0.0. I’d be surprised it that were the case, that there have been no security or bug fixes in all that period. Yet only three years ago, faced with chaotically out-of-date firmware on many Macs including my iMac17,1, Apple introduced eficheck to ensure that all Macs were running current firmware versions. It was Rich Smith and Pepijn Bruienne of Duo Security whose report was the spur to this concern over firmware, following which Bruienne left Duo to work for Apple.

It’s high time that Apple explained what’s going on with the firmware in the iMac17,1.