Apple doesn’t list current or expected EFI firmware versions for any Mac models. However, I maintain a list here for versions of macOS prior to Catalina, and here for Macs which have been upgraded to Catalina. These are drawn from the updates shipped with the latest versions of macOS. All models with supported upgrades to 10.15 should have undergone EFI firmware update as part of that upgrade. In the specific case of the iMac17,1, its EFI firmware version should have changed from 170.0.0.0.0 to 173.0.0.0.0 as a result of the 10.15 upgrade.

Three users have now commented that, despite upgrading successfully to 10.15, the firmware in their iMac17,1 models has remained stuck at 170.0.0.0.0. Although it’s not unusual for occasional Macs not to upgrade successfully, this is a surprisingly high number of failures.

Running Catalina (or any version of macOS) with an old version of your Mac’s firmware can cause problems. Usually this only amounts to instability, or some features not working reliably. However, in worst cases it can lead to kernel panics, for example when putting the Mac to sleep or waking it up. It’s therefore important that, if your Mac has been upgraded to Catalina, the firmware has also been upgraded appropriately to match it.

These three iMac17,1 users were made aware of the problem because Macs without T2 chips which are running High Sierra or later should automatically run a command tool eficheck each week. This checks the current EFI firmware version against an allow list, and in these three cases the check reported the problem with an alert stating “Your computer has detected a potential problem”.

Users can also run eficheck to run their own checks (described in my firmware listings as linked here), or you can inspect the current firmware version using the About This Mac command in the Apple menu. Click on the System Report… button to open System Information, where it should tell you the Boot ROM Version and your Mac’s Model Identifier. Check those against the list here for Sierra to Mojave, and here for Catalina. 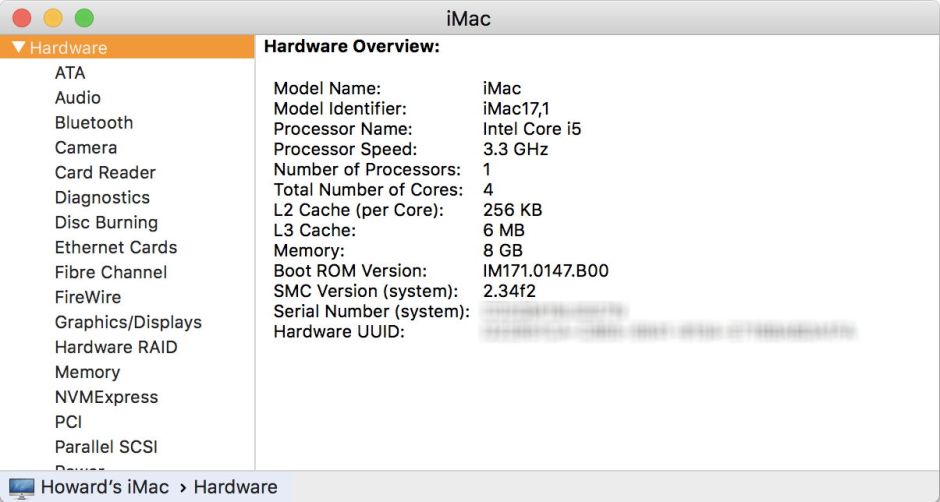 I have two very popular free utilities which do this and a great deal more easily: SilentKnight also automatically checks your firmware against my database, and LockRattler lets you check manually. Both are available from their Product Page. 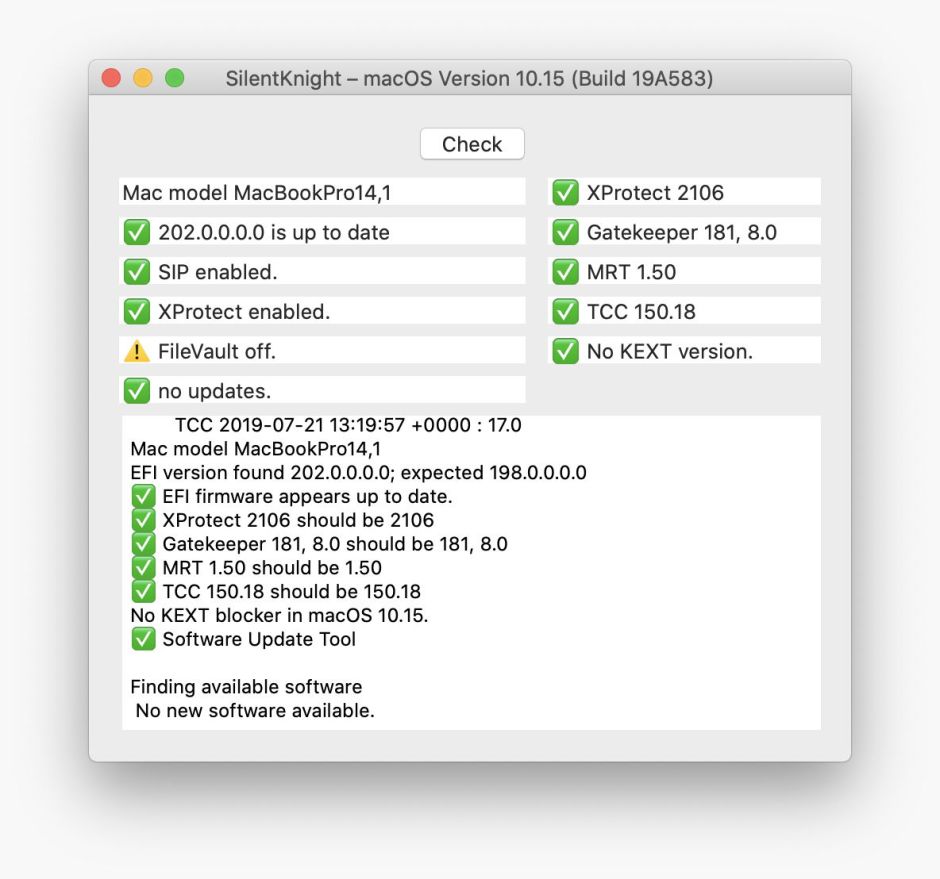 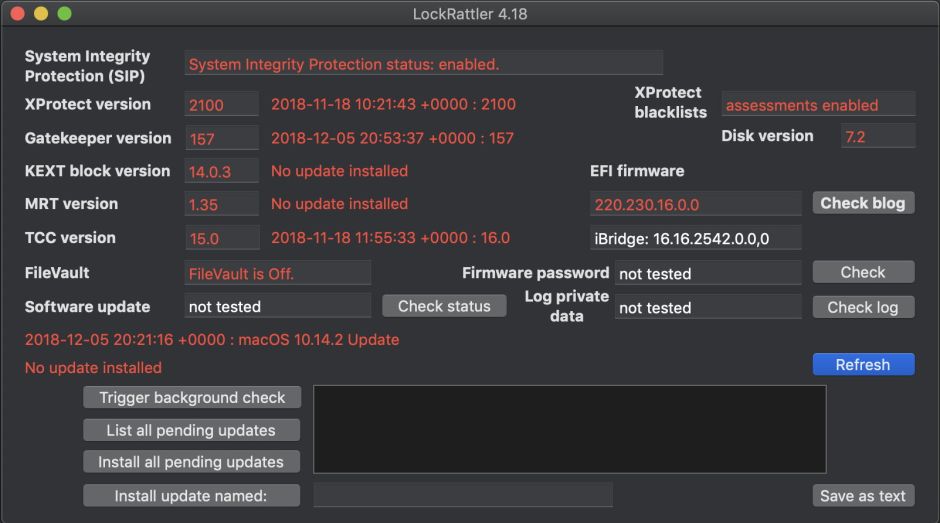 For many years now, the only way to update EFI firmware is when installing a macOS update. Apple doesn’t provide any means of upgrading firmware separately now. If your EFI firmware is out of date, you can try running the latest macOS installer for your current version of macOS. One method of doing this which might be more effective is to do so from Recovery Mode, holding ⌘R (Command-R) during startup, and then opting to reinstall macOS.

If you can’t get your firmware to update to the correct version, and particularly if you see an eficheck warning alert, you should contact Apple Support, or book your Mac in to your nearest Apple store to have this corrected.

There are also known problems updating the firmware in some Mac models, such as Mac Pros, which have had their original internal storage replaced using third-party products. It’s not clear why this should be, and Apple hasn’t explained or offered a solution. Macs with T2 (and T1) chips also use a different system to update the T1/T2 firmware, and can’t run eficheck either.

Hopefully the next update to Catalina, which should be 10.15.1, will ensure that all upgraded Macs are also running the appropriate EFI firmware.