Several weeks ago, I expressed surprise that MacKeeper had now been notarized. Following discussions with the good folk at Clario who now own and develop this product, and in the spirit of fairness and objectivity, this article looks at the current version of MacKeeper, at what it does, and how it has changed.

This is not a review of MacKeeper as a product. For over thirty years, as any reader of MacUser in its day or MacFormat now will be aware, I have disliked products which attempt to perform ‘housekeeping’ and clean up. Every so often an editor persuades me to review a product in that category, and I find myself deeply conflicted. However, it appears that despite my advice, many users like these products, and find them useful. I therefore try to stand back and won’t enter into arguments as to why no housekeeping product should ever be used. What I try to do here is assess whether someone looking for this type of product should look at MacKeeper to see whether it meets their needs.

The most obvious question is why, under its new ownership, anyone would want to continue selling a product, however good it might be, under a name which to many of us is synonymous with PUP. So I put that question to Clario’s CEO, Alun Baker, and this is his answer:
“We have transformed MacKeeper into a consumer-first company and we want to take the honest approach with everyone and address legacy perceptions of the brand head-on. We have tackled the issues we had in the past and it has been recognised by both our users and third parties like Apple and AppEsteem. The founding principles of MacKeeper remain the same – worry-free, secure, and private online experiences, available for all. Rebranding breaks the commitment we have made to our current userbase and although it wasn’t the easiest route to take we believe the brand’s transformation will shine through in the end.”

This might appear surprising, but a great many current Mac users don’t share the same associations that we do, and Clario didn’t want to risk losing or confusing existing users.

The current version of MacKeeper is, as Clario claims, properly and completely notarized. It’s delivered through a two-part installer: the first Installer package, which is separately notarized, downloads and installs the main app and its supporting components, which are also notarized. Alun Baker has explained that Apple wasn’t prepared to let MacKeeper simply undergo its normal notarization checks, and looked thoroughly at historical issues such as Clario’s business associates and marketing methods as well. Both Apple and Clario have clearly tried to ensure that not only is MacKeeper squeaky clean, but that it is seen to have undergone close scrutiny beyond normal notarization.

MacKeeper consists of an app installed as expected in the main Applications folder, within which is a LaunchAgent MacKeeperAgent.app and a LaunchDaemon AntiVirus.app. At least some of the app is written in Swift, given the included Swift dylibs. It contains a MapKit entitlement in a separate provisioning profile. In its folder in ~/Library/Application Support are three databases, for the app itself, its Agent, and Notifications history. There are four MacKeeper folders in Containers, two for AntiTracking and two for StopAd.

In ~/Library/Logs, it has its own folder containing a binary log and a database file; these are accessed via the Activity Log command in the app’s App menu, and list updates to MacKeeper’s internal data such as adware listings. There are two preference files, one for the main app, and one for its Agent; both are unremarkable property lists. Most importantly, there are three separate property lists installed in ~/Library/LaunchAgents. The app seeks user consent for access to Reminders, and users are recommended to give it Full Disk Access. 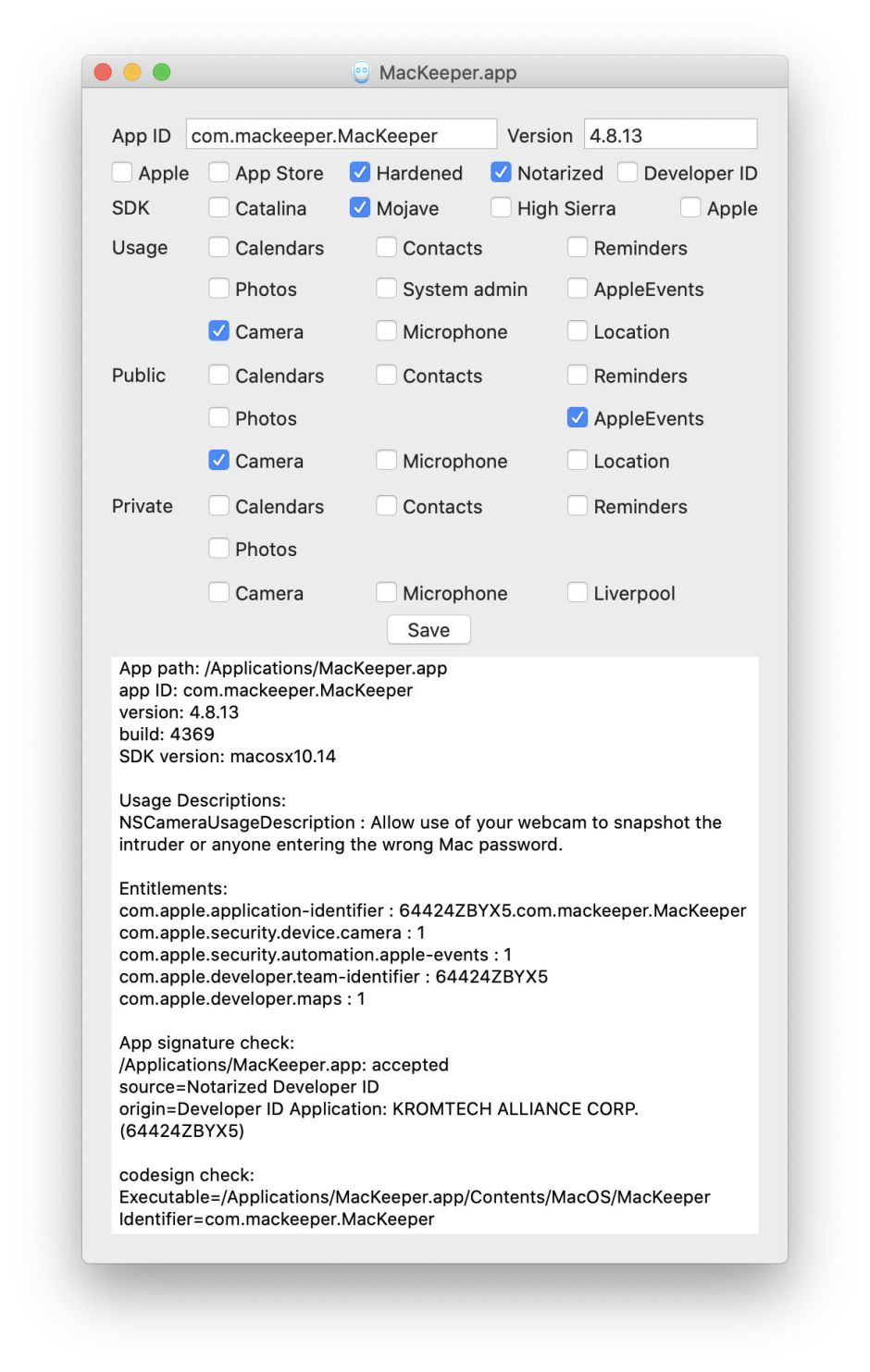 By default, the LaunchAgent installs app access into the main menubar. Although it’s easy to quit the app from there, there isn’t a setting to override this behaviour in the app’s preferences. Those preferences (and its About window) contain links to key information including its privacy policy, and a clear and detailed guide to removing the app and all its constituent files. Although there’s no local Help book available, there are online tutorials on the MacKeeper website.

The app’s features are grouped into four domains:

Additional ‘Premium Services’ are also offered, which provide individual support to answer questions, get a “free system checkup” with results in 20 minutes, and “personalized solutions” from more than 200 “tech experts”. 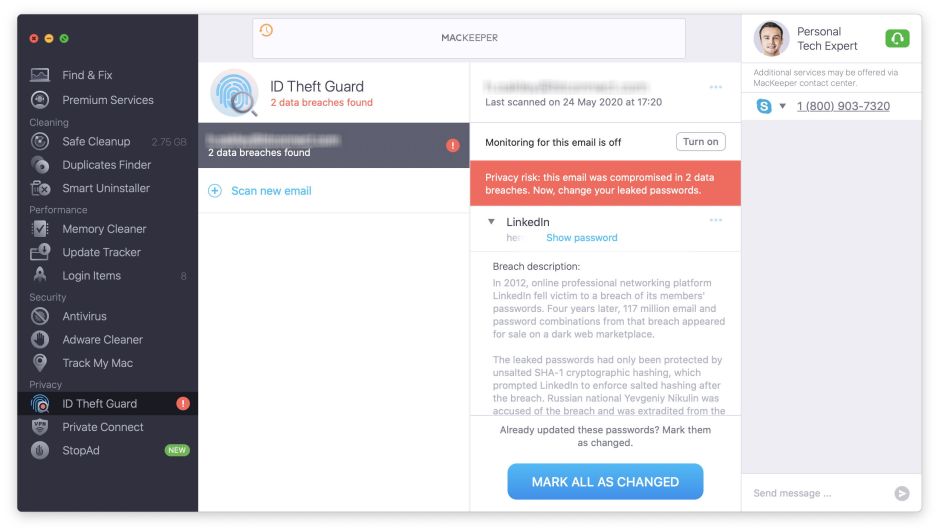 The new MacKeeper appears to be exactly what it claims to be: a combination housekeeping, anti-malware, and privacy app. Its features look broadly comparable to its rivals, and completely genuine. There’s no sign of any unwanted behaviour, nor any of the bad traits which had been associated with old versions of MacKeeper.

From a commercial viewpoint, I think its Premium Services are central to Clario’s business model. These are offered 24/7, around the world. If they do prove effective, then this app is a convenient portal for them. I wish Clario success with the new MacKeeper, and most of all with its support service. If there’s anything to take away here it surely must be how recent versions of macOS are opening up commercial support services like MacKeeper’s: yes, macOS users now need more support as they grapple with its complexities and bugs. I hope those implications aren’t lost on Apple.

I am grateful to Clario’s Alice Lamb and Abigail Smith for their assistance. For the purpose of transparency, the only benefit I have received is a licence key for MacKeeper, and no one at Clario has offered me any form of inducement. Opinions expressed here are my own, and this article hasn’t been shown to anyone at Clario prior to its publication here.