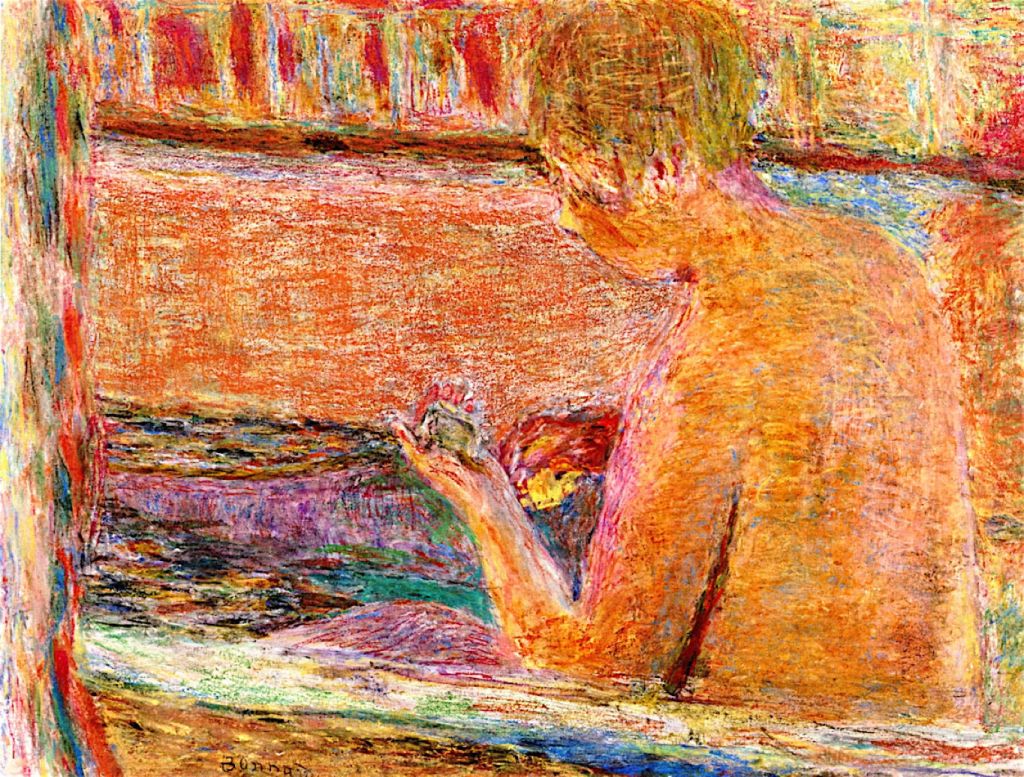 Professional painters have long used brushes to apply paint for their finished work, but many used hand-held sticks of pigment only when sketching in preparation. Charcoal was widely used at first, with metal wire in silverpoint an alternative. In the sixteenth century, large deposits of graphite were discovered in Cumbria, England, following which graphite sticks and sheathed pencils became enormously popular among both amateurs and professionals.

Although it’s impossible to make any clear distinction between drawing and painting, those stick-based media are simple compared with oil paints, for instance, and seldom used in works comparable in their aims or sophistication to professional oil or watercolour painting.

The first changes in practice occurred as a result of the French Revolution and Napoleonic Wars at the turn of the eighteenth to nineteenth centuries. Graphite was a strategic product, as it was used as a refractory in the manufacture of cannonballs, and supplies to France all but dried up. In 1795, Nicolas-Jacques Conté used a mixture of clay, graphite and other pigments to form sticks similar to pastels but significantly harder, referred to as hard pastels or Conté crayons.

As with charcoal and graphite sticks and pencils, Conté crayons were first used for sketching in preparation for formal painting. By the middle of the nineteenth century, artists such as Jean-François Millet extended their use into pastel paintings such as his enchanting and mysterious The Cat at the Window from about 1857-58. Because of their hardness, Conté crayons were more amenable to sharpening, so could make finer lines and richer marks.

Millet’s most famous painting in pastel and Conté crayon is this 1865-66 version of The Sower, a motif which was to recur in the hands of other artists for the rest of the century, and works perfectly in what were still relatively unconventional media.

Conté crayons, like pencil, charcoal and pastels, rely on mechanical adhesion rather than any polymerising binder. Specialised papers with roughened surfaces were marketed to improve their adhesion, but they share similar problems of longevity. However, at a time when mark-making was becoming popular, the wide range of effects available from sticks of pigment was an attraction: not only could the artist place bold strokes of colour over stumped-smooth areas, but they could also paint on textured grounds to great effect.

One of the masters of the Conté crayon is the Divisionist Georges Seurat, who used textured papers to give his paintings or drawings a highly granular appearance, as if they were photographs, perhaps.

The rise of industrial chemistry and manufacturing industries in the nineteenth century brought new painting stick media too. Wax crayons effectively functioned as a low-temperature encaustic, and became popular in schools. They were adopted for resist techniques in watercolours, and some artists started using them in combination with other media too.

Félicien Rops’ painting of a Hamadryad from about 1885 uses a wide range of media, drawn from those those already popular among the illustrators of the day.

Another enthusiast for mixed stick media was Odilon Redon, for instance in this painting of Sîta from about 1893.

Although the mainstream Impressionists kept to oil on canvas in the main, those on the periphery such as Jean-François Raffaëlli were more experimental in their choice of media: his Parisian Rag Pickers from about 1890 was made using mixed media of oil paints and oil crayons.

The new generation of painters who started their careers in the early twentieth century came to use stick media increasingly. Egon Schiele was a prolific draftsman who used drawing techniques extensively in his painting. This work showing Krumau Town Crescent (Small Town V) (1915) is based on a drawing which he had made the previous year, and uses the unusual combination of black crayon, gouache and oil.

For this Portrait of the Artist’s Wife Seated, Holding Her Right Leg, Schiele used just black crayon and gouache.

Some of the older generation joined in with unusual combinations of media. Late in his life, the former Divisionist Paul Signac painted many brilliantly-coloured views of the south of France using various combinations of watercolour and crayons, such as Antibes (1917) above, and The Old Port of Marseilles (1931) below.

On the other side of the Atlantic, also late in his career, Joseph Stella developed a novel drawing technique combining traditional metalpoint with modern crayons, which he used in his intimate portrait of Kathleen Millay from about 1923-24, above, and Eggplant, one of his last works, completed in 1944, below.

Metalpoint uses fine metal wire, most commonly silver, mounted in a holder. a slow and meticulous method of drawing or painting; its marks on paper are only faint to begin with, but as the fine tracks of silver tarnish they slowly darken.

Late in his career, Pierre Bonnard incorporated stick media in some of his paintings. The richly-textured marks in this painting of his wife Marthe in The Bath from 1942 are strokes of coloured crayon, worked over gouache and pastels.

Paul Nash added both graphite and crayon marks to his watercolour of Three Rooms in 1937, a painting with strong graphic elements.

In the nineteen-twenties and -thirties, several art suppliers developed new types of crayon, using proper binders intended to allow more extensive effects and working, greater versatility, and improved longevity. These mixed conventional pigments with a bewildering array of waxes, oils and other substances, including:

Their physical properties, determined by the binders used, in turn determine how they can be applied, appropriate grounds, fragility of the stick and its suitability for sharpening, whether diluents are organic solvents or water, and the depth and robustness of the resulting paint layer.

Unfortunately, even reputable manufacturers seem reluctant to provide detailed information on the lightfastness of pigments used, and to achieve high chroma level in attractive colours they often resort to pigments which are known to be fugitive on exposure to light. During the twentieth century in particular, this resulted in many fine paintings being made using media which rapidly became a conservation nightmare, either because the paint film has proved unstable, or their initially brilliant colours have rapidly faded.

Some types of media, in particular coloured pencils, have been vulnerable to irresponsible suppliers and artists who have put blind faith in products which have proved to be ephemeral. Sadly, few artists have obeyed the exhortation for the buyer to beware, and assessed the permanence of the media they have used in paintings which have been sold for large sums.

Among the most recent, and still unproven, media are oil pastels, which work into creamy layers, which undergo only limited hardening because they don’t incorporate drying oils like linseed or walnut. Their origins are controversial: first developed in Japan, and slightly later in Europe, it’s claimed that Pablo Picasso preferred them.

Oil pastels have certainly shown themselves capable of use in some circumstances, such as Robert Clark Templeton’s court paintings, including his Sketch of an Overview of the Courtroom from 1971. Few courts would have even considered him using watercolours, for example, and for this case he chose modern and unobtrusive oil pastels. This sketch has been executed briskly, with very effective use of gestures and marks.

Once a sketch has been laid down in oil pastels, it’s quite quick to work that up into a more detailed portrait like Templeton’s Drawing for CBS Evening News of Bobby G. Seale and others (1971).

Copyright restrictions prevent me from showing examples of stick media in the hands of modern artists, but I conclude by showing a couple of my own amateur efforts.

This dawn view of the Pont Royal in the centre of Paris was painted with Caran d’Ache water-dispersible Neocolor crayons on paper. This uses base washes brought out from an initial dry crayon sketch, with superimposed texturing using dry crayon – something very difficult to achieve in watercolour, for example.

Modern stick-based media look alluring, and are persuasively marketed by their vendors. However, those are seldom the traditional art materials suppliers that they might seem: most have been bought up by large companies which are primarily driven by increasing sale revenues, and may have little understanding of the requirements and problems of painting media.

Modern vendors are often secretive over the composition of their products, and although good standards exist for lightfastness, few publish data for their product ranges. Finally, their advantages in the making of art are often marred by the need to protect these paintings under glass.