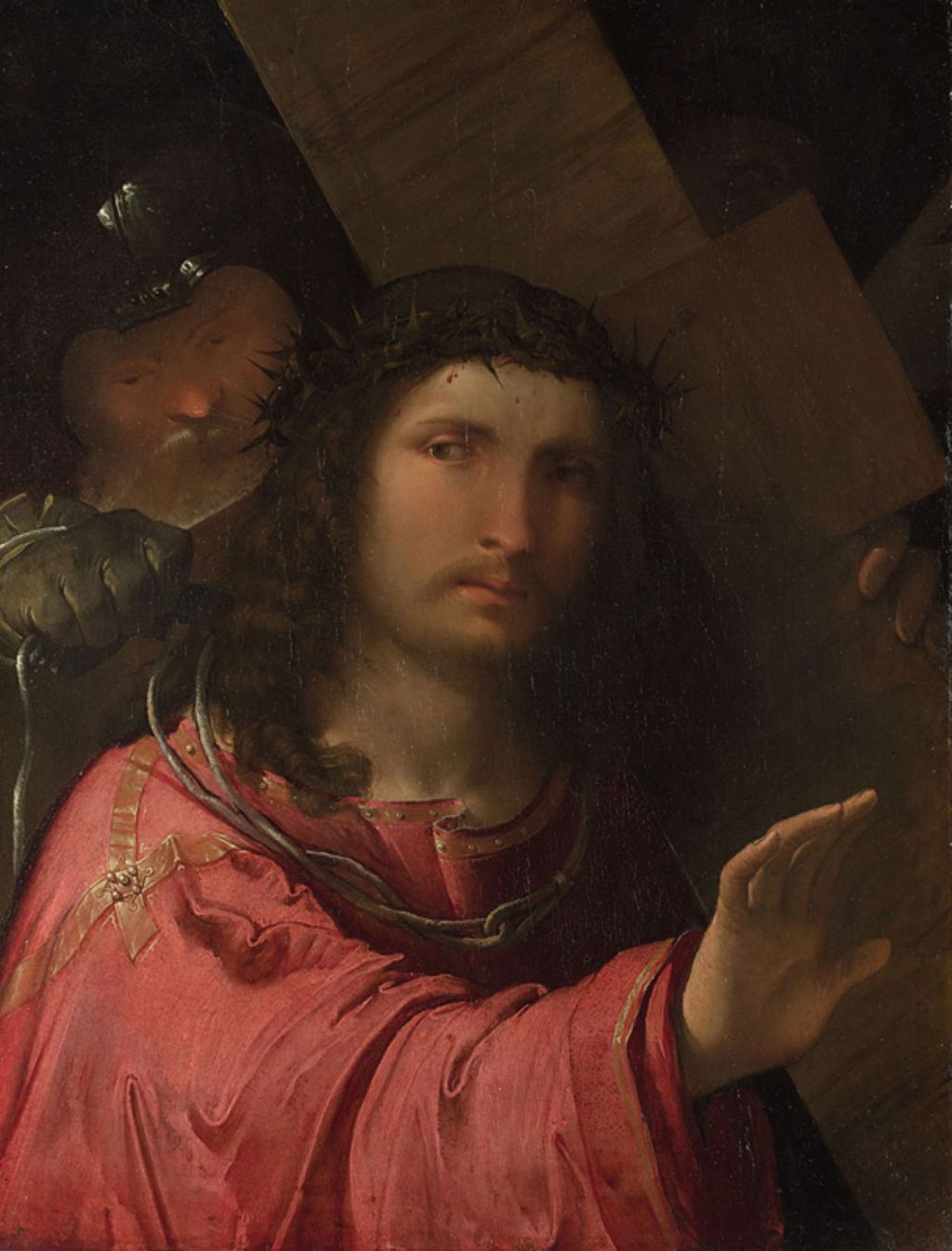 People have dyed their clothes and other fabrics using vegetable colourants for as long as we have evidence. But dyes are quite unsuitable for use in durable paintings: instead of solutions of small molecules of colourant, we much prefer to paint using pigments, in which the colourant is packaged and protected in a much larger particle.

One of the early challenges in the history of art materials was the transformation of vegetable dyes into pigments – in many cases, what is known as laking. The need was simple: take a vegetable dye such as the Crimson derived from Madder plants, and fix it into pigment particles which can be dispersed in gum solution (watercolour) or a drying oil medium.

Neither the Romans nor the Greeks appear to have solved this on any scale, but at some time between the Classical civilisations and the pre-Renaissance, someone discovered that aluminium salts would combine with the colourants in Madder extract and make a pigment which was suitable for fine art painting: Madder Lake.

Madder Lakes were very widely used, and generally sought-after – except that they were not lightfast, even when protected in an oil paint film, and many faded quite rapidly, in months or just a few years.

Friedrich Herlin’s High Altar made for the church of St Jacob in Rothenburg in 1466 is one of the earliest paintings in which Madder Lake has been demonstrated. Its abundant reds seem to have stood the test of time, although because Herlin’s painting was normally stored with its wings closed, the Madder Lakes will have had relatively limited exposure to bright daylight.

The two or three different shades of red used by Herlin in the panel of The Presentation of Christ in the Temple are still brilliant, although something rather odd appears to have happened in the blue robes of the Virgin Mary.

The Mass of Saint Hubert, the right hand shutter of the Werden Altarpiece from about 1485-90, has also retained its deep reds from Madder Lake.

Madder Red was mixed with a little Lead-Tin Yellow for the sleeve (at least) in Altobello Melone’s Christ Carrying the Cross, dating back to about 1515.

Niklaus Manuel’s Demons Tormenting St. Anthony, on the left wing outside from the Antonius Altar of 1520, features several different reds, at least one of which contained Madder Lake as its main pigment. It also appears that some of those reds may have faded: Saint Anthony’s cloak looks pale and anaemic, for example.

Jan Vermeer’s Christ in the House of Martha and Mary from about 1654-56 is a good example of the use of Madder Lake by one of the Dutch Masters.

When industrial chemistry started to look for improved dyes and pigments in the nineteenth century, attention turned to the humble Madder, in an attempt to isolate the most lightfast components of its root extract, then to synthesise them on an industrial scale.

The main colourant, Alizarin, was isolated in impure form in 1826, following which rose-red Alizarin Lakes became available. The other major colourant, Purpurin, was more of a mystery, as little was found in fresh root extract, but it was generated during manufacture and storage; its purification took a few decades longer to achieve.

I suspect that the delicate reds in Henri Fantin-Latour’s Still Life with Chrysanthemums (1862) owe much of their colour to partially-purified Alizarin Crimson derived from Madder root.

Alizarin was first synthesised in about 1869, became available as a pigment in its own right from 1891, and was considered to be both more consistent in its colour and more lightfast. However, its lightfastness did not prove as good as had been hoped, and since the late twentieth century Alizarin Crimson has been used in lightfastness testing to demonstrate that sufficient light exposure has occurred, by its fading: it has, in effect, become the benchmark for non-lightfastness.

Modern professional watercolour ranges, here those from QoR, often include a paint designated as Permanent Alizarin Crimson, which doesn’t contain Alizarin or any other derivative of the Madder plant.

A few ranges, including Winsor & Newton Artists’ Watercolour Sticks, do still offer genuine Alizarin Crimson (PR83). Unless you are content for that colour to fade on exposure to light, you should avoid using it in any significant work.

This is true even in oil paints, where ranges such as Williamsburg’s offer a Permanent Crimson using a more lightfast pigment.

It seems a pity that the Crimson used by Vermeer and extensively by JMW Turner has such fugitive colour. At least we have several excellent alternatives now.