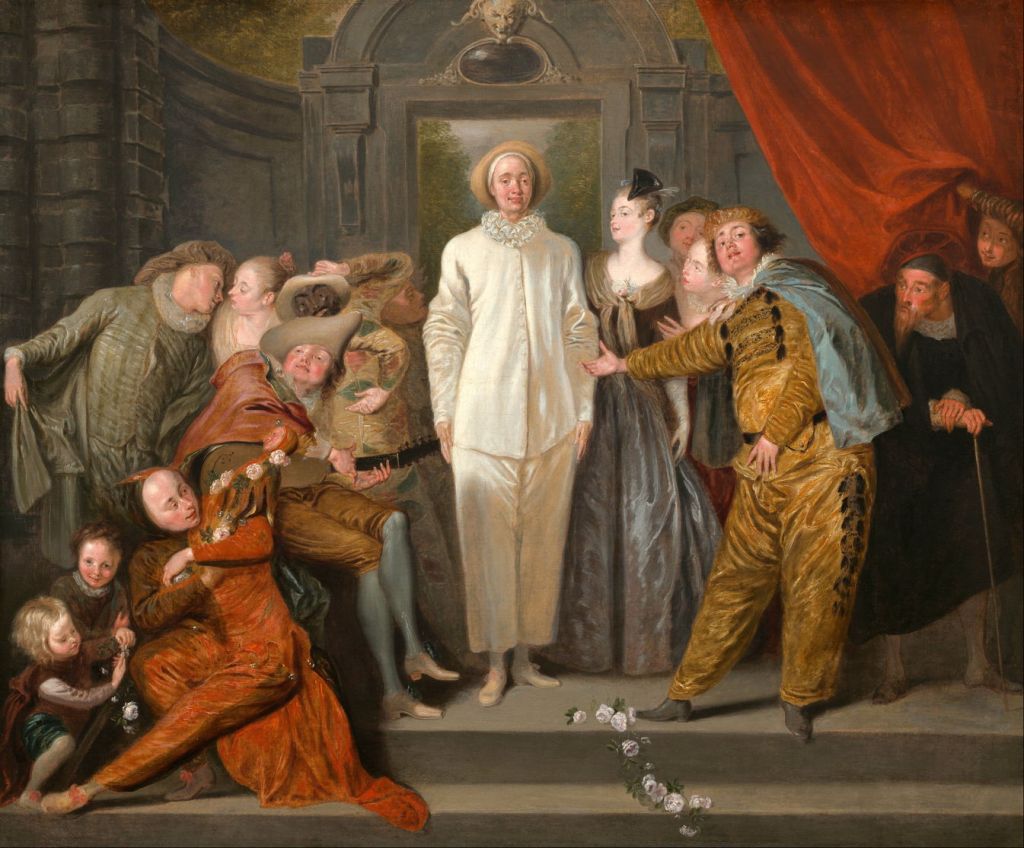 Spike Bucklow’s marvellous book The Alchemy of Paint describes well how paint-making and painting were, and in many respects remain, alchemical mysteries. Oddly, though, it omits two pigments which, by their very names and history, are part of that alchemical tradition: Orpiment and Realgar. You can’t imagine those words appearing on a modern factory-made tube.

Both are arsenic sulphide: Orpiment is a yellow form, and Realgar an orange-red. Orpiment has been widely used from ancient times, and is found in a great many paintings and painted objects. Realgar is rather less frequent in European painting, at least. Being arsenic salts, they are both extremely toxic, and fell out of use during the nineteenth century, replaced by less toxic pigments.

Derived from natural minerals which are found locally in volcanic areas on most continents, both pigments were available and used in East Asian, Indian, Middle Eastern, Ancient Egyptian, Russian, and European art. As dry pigments they were among those traded on most routes leading into and out of Europe, and elsewhere. They were also used in early alchemy, being termed the two kings by Arab alchemists.

Both pigments have been manufactured at some time in the past, although very little is known of synthetic Realgar. Unfortunately, one of the key ingredients in their synthesis is arsenic trioxide, which is inevitably left as a residue in synthetic Orpiment; it is even more toxic than arsenic sulphide, and more readily absorbed. Several of the mines which were sources of the pigments were manned by criminals, because of their inevitably brief working lives.

Neither pigment has proved particularly stable, and they are both susceptible to colour change over time. Realgar is the more fugitive, and can turn yellow as it gradually changes to Orpiment. Nevertheless, Orpiment was extremely popular with many Masters, and some – Tintoretto in particular – seem to have used it in most of their paintings, and to have used Realgar not infrequently too. In general, though, Realgar is seen rarely and in small quantities.

Orpiment has been found in the painted Altar Frontal of the ancient Norwegian church of Tingelstad, which dates back to 1275-1300, and is among the earliest oil paintings to have survived. In this full reconstruction, it would have been the basis for the many yellow passages.

Orpiment was quite commonly combined with Indigo to make a dark, rich green. A fine example of this is in The Wilton Diptych (c 1395-9), another very early European painting, this time in egg tempera. The green cloak at the left appears to have been painted using Orpiment.

The garments in Raphael’s Sistine Madonna from 1513-14 were painted using Orpiment as yellow, although I don’t know in this case whether it was mixed with blue for the greens.

Giovanni Bellini used both Orpiment and Realgar in The Feast of the Gods (1514-1529), which was his last painting and completed after his death by Titian. In the detail below, I suspect that they may have used Realgar in the orange-red garments of the god with the ass at the left, and the god drinking at the right. Orpiment was probably used in some of the green and yellow garments too.

Paolo Veronese was another enthusiastic user of both pigments, which have been found in his vast Feast in the House of Levi from 1573. They are most probably responsible for the conspicuous yellow and orange-red clothing of several of the guests.

Judging by the number of his paintings which have proved positive for both Orpiment and Realgar, their most enthusiastic user has been Tintoretto.

In The Origin of the Milky Way (c 1575), they appear in small details, such as the Orpiment yellow stars.

Tintoretto’s Portrait of Vincenzo Morosini from about 1575-80 is a well-studied example of the use of Orpiment in its details. As shown in the detail below, the Orpiment used to form the brights on Morosini’s embroidered stole include small patches of the orange-red which is characteristic of Realgar.

Tintoretto’s unfinished sketch for the much larger painting of Doge Alvise Mocenigo (1507–1577) Presented to the Redeemer, abandoned in 1577 on the artist’s death, has been found to contain Realgar. I suspect that is in the orange clothing details at the right.

Both Orpiment and Realgar have been found in Antoine Watteau’s The Italian Comedians from about 1720. It is tempting to suggest that they saw relatively extensive use in the golden costume at the right, and the orange-red one at the lower left.

Goya used Orpiment for the metallic highlights of the decorations worn by The Duke of Wellington in this portrait from 1812-14. By this time, Realgar seems to have fallen into disuse, but some artists continued to use Orpiment during the remainder of the nineteenth century.

Although most of the yellows in Cézanne’s landscape View of the Bay of Marseille with the Village of Saint-Henri of about 1883 appear to be earths, paint samples from this tested positive for his use of Orpiment, making it one of its last known uses in a major painting.

Despite their wonderful names, their links back to real alchemy, and Tintoretto’s reliance on them, the loss of Orpiment and Realgar has been no real loss to the painter. It has, though, been a big step forward in reducing the toxicity of paints, and in improving their retention of colour.