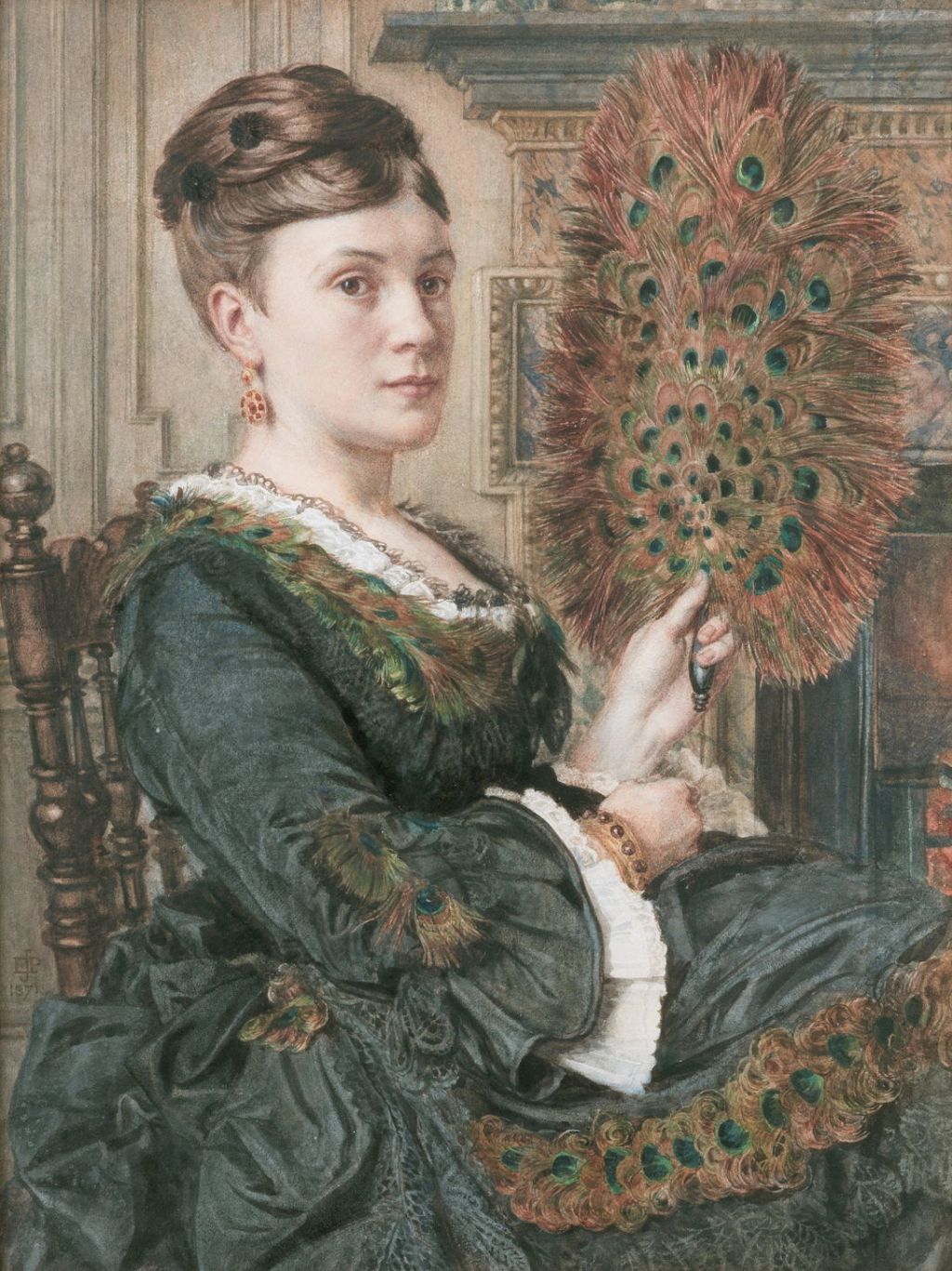 It is hard to believe now that, in his day, Sir Edward Poynter (1836–1919) was one of the most eminent British artists. But like so many in the later years of the nineteenth and early twentieth centuries, once Fry’s ‘Post-Impressionism’ had taken the art world by storm, his work was reviled and junked. Unlike the Pre-Raphaelites, John Singer Sargent, and even Frederic, Lord Leighton and James Tissot, no one has yet moved to ‘rehabilitate’ Poynter.

He first met Frederic, Lord Leighton, when he was only 17, and was immediately inspired to become a painter. Following only a year’s study at the Royal Academy Schools from 1855, he went to Paris, where he studied with Charles Gleyre, alongside James Whistler and George du Maurier. He first exhibited at the Royal Academy in 1861.

Orpheus and Eurydice (1862) is a simple narrative painting, showing Orpheus leading his dead wife out of the underworld. Euridyce tragically died when she was bitten by a snake; Orpheus managed to convince the gods to allow him to enter the underworld and bring her back from the dead. His success in persuading them was dependent on his exceptional skills on the lyre, which he carries.

They are here striding past snakes and along a dizzying path on the mountainside, following the warning that at no time must Orpheus look back at Euridyce. Inevitably Orpheus does, and she is lost to him forever.

A Day Dream (1863) is a fascinating painting, and much more closely related to contemporary paintings by Dante Gabriel Rossetti. The woman of its title is clearly day-dreaming, and has that slightly forlorn look of deep, wistful thought, as she stares into the distance. But on her lap, carefully pointed at by her left hand, is a volume of poetry, and her right hand is absentmindedly playing the keys of a piano.

Not only are there those pointed references to the arts of poetry and music (and a painting hanging on the wall behind her), but a small vase of flowers on the top of the piano refers to the sense of smell, in addition to sight (painting), and hearing (music). This would therefore appear to be a strongly Aestheticist painting, and a surprisingly early one too. It was first exhibited at the Royal Academy in 1863.

The Siren (c 1864) is also relatively weak as narrative painting, and is not a particularly impressive figurative work either. The lyre being played by the siren is the dominant object, and suggestive of Aesthetic intent.

Israel in Egypt (1867) is one of Poynter’s first grand spectacles, a highly-detailed panorama intended to show the Israelites during their time in bondage in Egypt. Although the popular press appreciated his archaeological basis, archaeologists of the day pointed out how he conflated elements from the temples of Thebes, Edfu, and Philae, together with the Great Pyramid at Giza, and the limestone cliffs of Thebes. That said, it remains a very impressive spectacle.

Catapulta (1868) is a less grandiose depiction of a Roman seige catapult.

Andromeda (1869) is Poynter’s faithful account of Andromeda’s fate, of being chained to a rock to await the arrival of Cetus, the sea monster who is expected to devour her as a sacrifice. Although relatively weak in narrative terms, compared with others, it is a fine figure study.

In 1869, Poynter completed a mosaic of Saint George and the Dragon in the Central Lobby of the Palace of Westminster, London.

Portrait of Georgiana Burne-Jones (1840-1920) (c 1870) is a delicate and demure portrait of the artist’s sister-in-law, who married Edward Burne-Jones, the Pre-Raphaelite, in 1860. A painter and engraver herself, she became one of the last survivors of that era, alongside Marie Spartali Stillman.

The Peacock Fan: Portrait of Elizabeth Courtauld (1871) is an exquisite and very unusual watercolour portrait of one of the members of this family of patrons of the arts. The profusion of peacock feathers is a marker of Aestheticism, I believe.

That year, Poynter was appointed the first Slade Professor at University College, London, a post which he held until 1875.

Paul and Apollos (1872) was a trial of fresco on plaster which Poynter made before tackling full-scale fresco painting in the Church of Saint Stephen in South Dulwich, London. Based on a New Testament quotation from Paul’s first letter to the Corinthians 3:5-9, it shows two early Christians, Paul (who was previously Jewish) and Apollos (a Greek):
I planted, Apollos watered; but God gave the increase.

Although only a study, it was exhibited in the Dudley Gallery the following year.

In 1875, Poynter was appointed the principal of the National Art Training School, in South Kensington; that was renamed the Royal College of Art in 1896 or 1897. The following year he was elected a full member of the Royal Academy.

Funchal, Morning Sun (1877) is a startlingly detailed watercolour landscape of Funchal on the island of Madeira, which was probably painted from the verandah of Poynter’s hotel, Hotel Reids Santa Clara. He had been troubled by illness from childhood, and often stayed in Madeira during the winter.