Copyright was invented and implemented to protect creative people and their work. Although large industries now exist on the strength of copyright, and vociferously campaign in what they claim is the defence of copyright, some of the companies profiting from the creativity of others appear only too happy to abuse copyright in order to bolster their revenues.

My argument develops from the claim by the famous photographer Carol M Highsmith, who is currently litigating against two of the largest image libraries over their use of her photographs, which she has placed in the public domain.

Unless a creative spends a lot of time trawling the internet, it can be very hard to discover whether others are profiting from their work. In Carol Highsmith’s case, it was actually one of the image libraries that drew her attention, when it sent a demand for payment for use of one of her public domain images. According to Highsmith’s case, this happened because that library, Getty Images, uses PicScout’s tools to search websites and detect what it considers to be copyright-infringing content.

Formed in 2002, PicScout™ was acquired by Getty Images in 2011 to “monetize images”, in their own words. When Getty Images decided to appropriate more than 18,000 of Carol Highsmith’s public domain images and charge customers for their use, PicScout then went out and tried to locate websites using those images, and extract royalties from them.

Search for any of those images on Getty Images now, though, and you will find that they have gone. Presumably, as Getty Images has made it clear that it sees nothing wrong in charging people for the use of public domain images, its library continues to contain many others, and for which PicScout will continue to locate and try to extract royalties.

The other image library named as defendant in Carol Highsmith’s claim is Alamy, whose website continues (as of 4 August 2016) to offer Highsmith’s public domain images at prices ranging from £9.99 for “personal use” (which would quite probably fall within fair use exemption in any case) to £149.99 for a “Marketing package: Large business”. 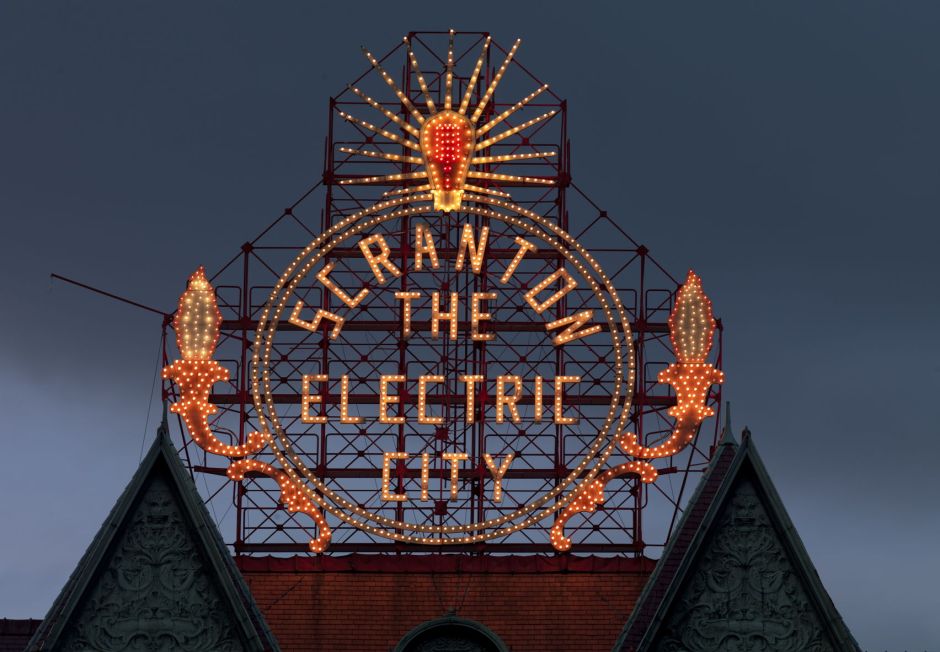 There is no doubt that the heavily watermarked image being offered by Alamy is Carol Highsmith’s (shown above): compare the identical view, and the identical pattern of lightbulbs in the two images. What is still more remarkable is the complete absence of any attribution of her authorship of that image, and the claim that the image was taken on “30th September 2013”; as shown below in the Wikimedia Commons entry, the image was actually taken on 27 May 2008.

The only small clue as to the image’s origins comes in Alamy’s stated contributor: “LOC Photo” may well refer to the Library of Congress.

Carol Highsmith may not be aware that Alamy is not the only image library still offering her public domain images for sale: Bridgeman Images (as of 4 August 2016) is also doing so. 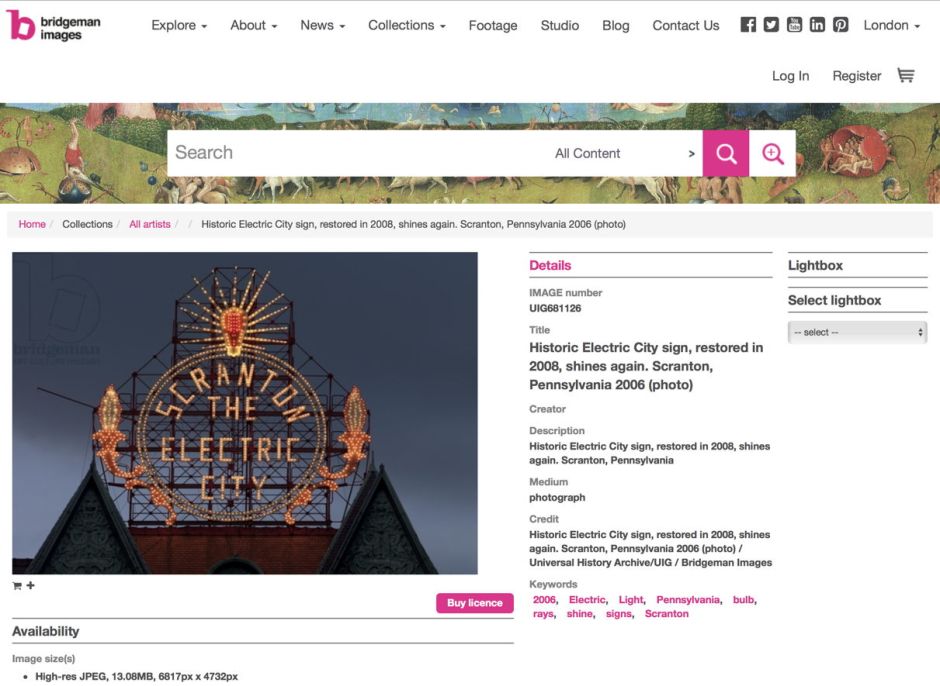 As with Alamy, the identity of the creator has been withheld, and the required credit for copyright purposes now includes “Universal History Archive/UIG / Bridgeman Images”.

Universal Images Group™ appears to be part of lookatme, a digital asset management company, which is in turn owned by Media Equation Pty Ltd., based in Docklands, Melbourne, Australia.

There are a lot of companies, none of which has any creative role in this, who have apparently been making money out of Carol Highsmith’s images, and many others which are either royalty free or in the public domain. The only creative involved – the photographer – is the only actor involved who has not been trying to charge users for the privilege of using images which are free to use.

Copyright law has been turned on its head. Far from protecting the creative, it is being perverted to generate immoral earnings for companies with neither legal nor moral rights to much of the content which they sell.