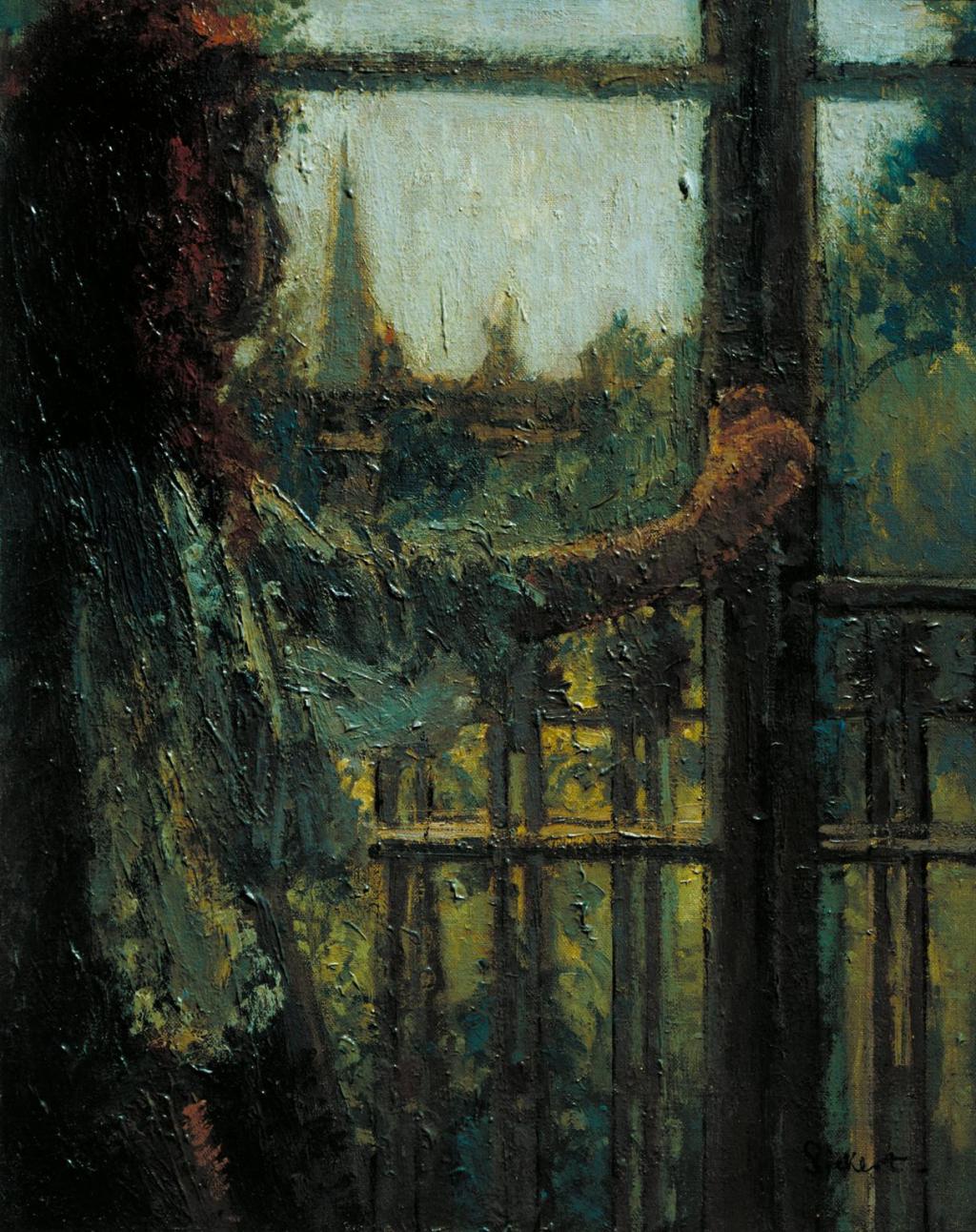 Over the last three months, I have surveyed the paintings of those artists who, in 1911, were elected members of the Camden Town Group. This article draws the series to a close by gathering those works made by the group’s members between 1910 and 1913, when the group merged into the newly formed London Group.

Here I exclude those members who consistently painted themes in styles which were outside Walter Sickert’s repeated intent of depicting everyday London. I also, more reluctantly, exclude the Fauvist works of Spencer Gore when he was living in Letchworth in 1912, on the same basis. My aim here is to form a coherent overview of the group’s themes and style, which has been difficult when examining the work of individuals. Sadly, for copyright reasons, I can’t feature any paintings by Charles Ginner and Duncan Grant, and some others.

By Sickert’s admission and frequent exhortation to members of the group, these are the core of the group’s art.

Robert Bevan painted The Cab Horse in about 1910 using ‘anti-realist’ colours, and showed this at the group’s first exhibition. It affirms his particular interest in the remaining working horses in London, including the horse shown here being harnessed to a hansom cab.

Sickert himself painted relatively few exterior views in this period. This of Rowlandson House – Sunset (1910-11) shows the ill-kempt garden of the large house at 140 Hampstead Road in Camden Town which he rented at the time.

Spencer Gore painted this view of Mornington Crescent in 1911, from the window of his rented front room at number 31. Although this might look quite rural, these gardens were small, and vanished fifteen years later.

Gore’s view of The Fig Tree from about 1912 shows the garden next door, and is one of a series he made in different seasons and lighting conditions, just as had become popular among the French Impressionists.

Gore’s view of Houghton Place (1912) shows the adjacent Ampthill Square. Together with the houses in Houghton Place, these were demolished in 1968.

Bevan’s Horse Sale at the Barbican from 1912 is a reminder that the city, here in Aldersgate, used to have auctions of bloodstock.

Harold Gilman’s oil painting of Leeds Market, from about 1913, shows an everyday view not of Camden Town, or even London, but one of England’s northern cities.

Sickert’s early and unsuccessful career in the theatre left him with a life-long interest in music halls, and others in the group joined him.

Gore’s painting of the musical double act of Inez and Taki (1910) is one of several views inside the Alhambra Theatre of Varieties.

These paintings of the mundane life inside the households of London complemented exteriors.

Sickert’s Off to the Pub (1911) suggests the man about to leave for the pub has just finished arguing with his partner sat behind, who wears her hat as if she too had been hoping to go out.

Gore’s Gas Cooker (1913) shows his wife Mollie in the tiny kitchen of their flat in Houghton Place.

Inevitably, members of the group painted portraits of one another.

JB Manson painted his Self-Portrait in about 1912.

Manson’s portrait of Lucien Pissarro Reading from about 1913 followed suit.

Next week I conclude this series with its table of contents.