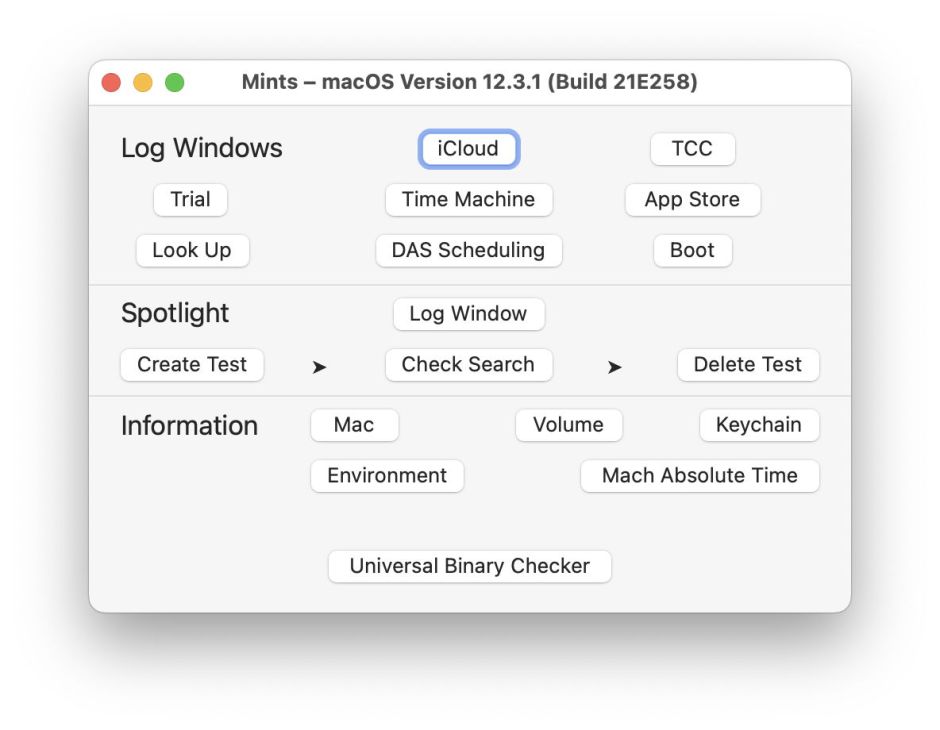 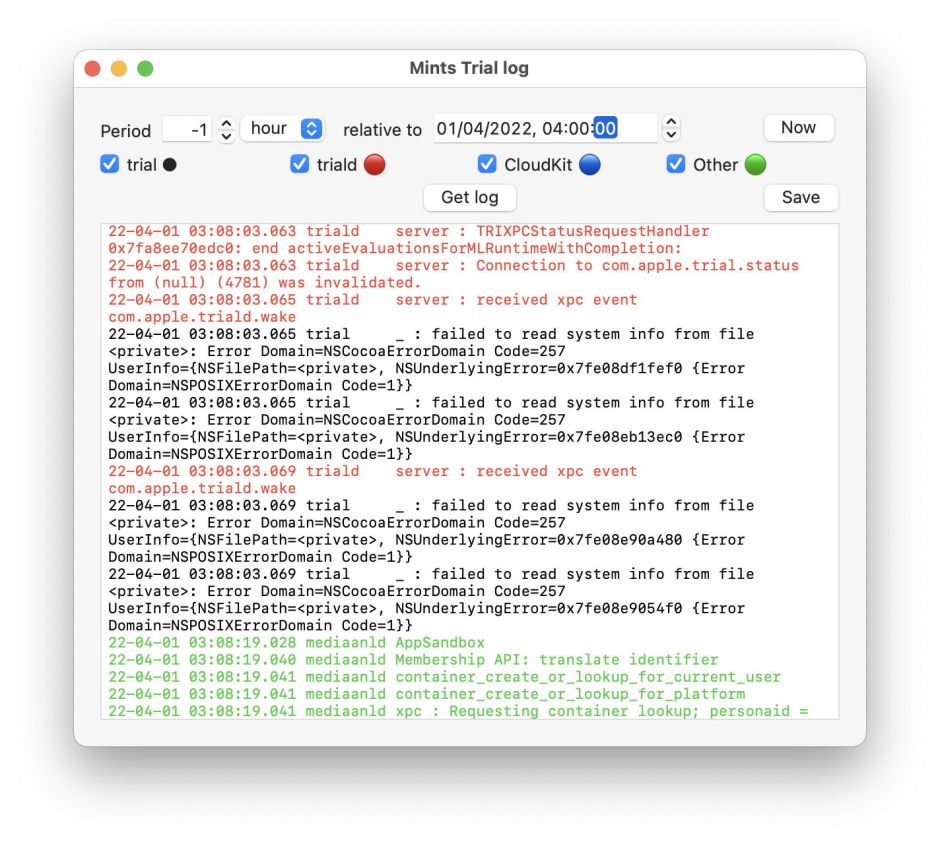 This window provides colour-coded log content from com.apple.trial, com.apple.triald, com.apple.cloudkit, and ‘Other’, which includes both mediaanalysisd and triald processes not covered by the subsystem term in the predicate. I normally turn off CloudKit when getting log excerpts, because its entries are copious and generally not relevant to Trial. However, it does enable you to see where Trial uses CloudKit when you want.

For pre-release testing and to expand my insight into what Trial is up to, I have surveyed its activities as recorded in the log over a period of 24 hours, one hour at a time. This was performed on my production iMac Pro (macOS 12.3.1) over a Saturday-Sunday when it’s relatively lightly used. Sleep is disabled, as is Siri. No use was made of ML features such as Live Text or Visual Look Up, and although there is a modest-sized Photos library, no access was made to that in the period studied.

Immediately apparent are a succession of periods of a couple of minutes during which com.apple.mediaanalysisd.fullanalysis was ‘checked in’ and active. TRIClient (presumably a reference to Trial) was initialised more than 20 times in each of these, during which mediaanalysisd performed image analysis of the following types:

apparently on the default Photos library.

I previously remarked on Trial’s main daily maintenance being performed in the small hours of the morning. In this particular period, it started at 0323, and consisted of the following tasks under the heading of com.apple.triald.fetch-experiments:

Over the 24-hour period, TRIClient was initialised more than 200 times. Among the namespaces found in Trial’s entries were:

Trial appears to be involved in all parts of macOS which benefit from ML, including Siri, natural language processing, Photos library and other image analysis, Spotlight search ranking, and Safari search ranking and other features. This is a non-trivial system.

Mints version 1.7 is available from here: mints17
from Downloads above, from its Product Page, and through its auto-update mechanism.