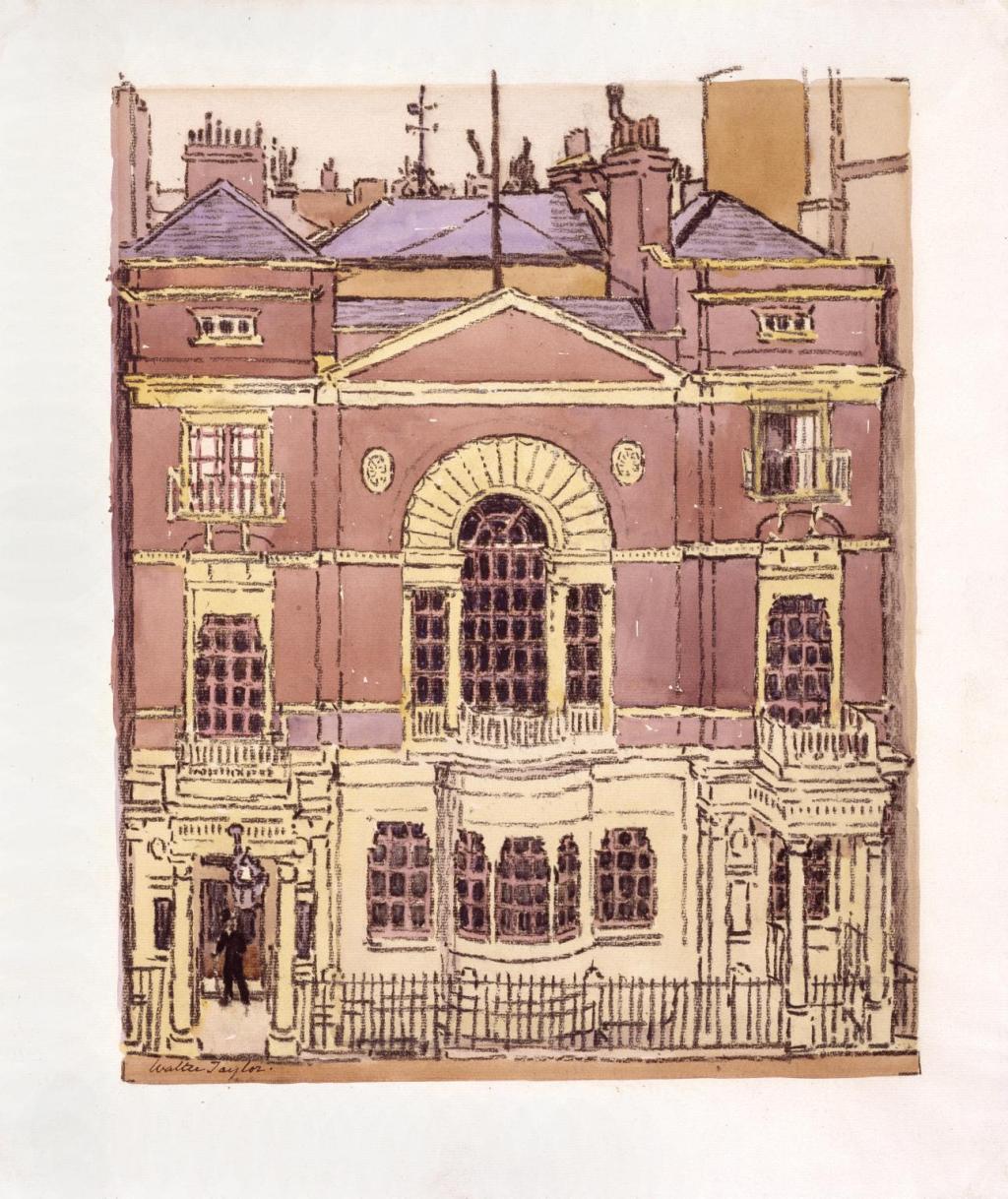 Unfortunately, the work of several members of the Camden Town Group is still covered by copyright. Those I am unable to show are:

I have been unable to locate any accessible paintings by John Doman Turner (1871-1938). This article therefore presents short overviews of three remaining artists: Lucien Pissarro, Maxwell Gordon Lightfoot, and Walter Taylor, who was a close associate of the group.

Lucien was the oldest of Camille Pissarro’s seven children. Born in Paris, he was taught by his father, and in 1886 exhibited at the last Impressionist Exhibition, and thereafter with the Salon des Indépendents, which had been formed in 1884. He had been brought to Britain as a child during the Franco-Prussian War, returned in 1883-84, and settled permanently in London in 1890.

He painted in Neo-Impressionist style and was a prolific print-maker. Between 1894-1914, he and his wife operated the Eragny Press, named after the village in which the Pissarro family had lived, which published books illustrated with his wood engravings.

Pissarro made this wood engraving of a pastoral scene in 1901.

He joined Walter Sickert’s circle, and in 1906 became a member of the New English Art Club. When the Camden Town Group was formed in 1911, he was one of its founding members, and later transferred to the London Group when that succeeded the Camden Town Group. However, he and James Bolivar Manson found the more radical art of the latter group too much for them, and soon resigned.

The Eucalyptus from 1913 is typical of his early landscape paintings in Neo-Impressionist style, and much like those of his father.

This undated view of The Stour at Stratford St Mary, Colchester shows one of the more picturesque villages on the River Stour in north-east Essex.

In 1919, he and Manson formed the Monarro Group, a fusion of their names, which folded three years later. Late in his career he painted more landscapes, and exhibited at the Royal Academy in London.

Lightfoot had recently completed his training at the Slade School of Fine Art and was in his mid-twenties when Spencer Gore invited him to join the Camden Town Group. He had already displayed great talent, and presumably saw this as a means to get his paintings exhibited. For the first of the group’s exhibitions he showed four of his works, which were very different from the others, and were better received by the critics than those by Sickert, Gore and the group’s established members.

Lightfoot was privately scathing of the works of others in the group, and promptly resigned after that first exhibition. He became engaged to an artist’s model, incurring his parents’ disapproval. Although the exact circumstances aren’t clear, this appears to have led to his destruction of the work still in his studio, and his suicide.

Study of a Girl from about 1910 is manifestly very different from any of the works of the others in the Camden Town Group, and probably owes most to Lightfoot’s admiration for the paintings of Pierre Puvis de Chavannes, the French Symbolist.

Taylor was the rich friend of Douglas Fox Pitt, and shared his watercolour technique, using bold lines drawn in charcoal into which he laid flat watercolour washes to produce what it is in effect a tinted drawing. While he never joined the Camden Town Group, Taylor attended many of its meetings, and went on to join its successor, the London Group.

Boodle’s Club from about 1914-15 is one of a series of paintings he made of the gentlemens’ clubs of London, which demonstrates his life-long interest in architecture. This club had been founded in 1762, and had been at these premises in Saint James’s Street, near the royal palace of Saint James’s in central London, since 1783. Boodle’s was the antithesis of the London of the Camden Town Group, being a place for the upper class to gather, socialise, wine and dine.