Running executable code in macOS is fundamentally simple: all you need is a Mach-O binary file, as most command tools are. The snag is that has to be run from a command shell, or indirectly, and has no GUI. There are also plenty of things it can’t do, or needs more configuration to support. This article explains what goes into a modern app bundle, and why they’ve become so complex. 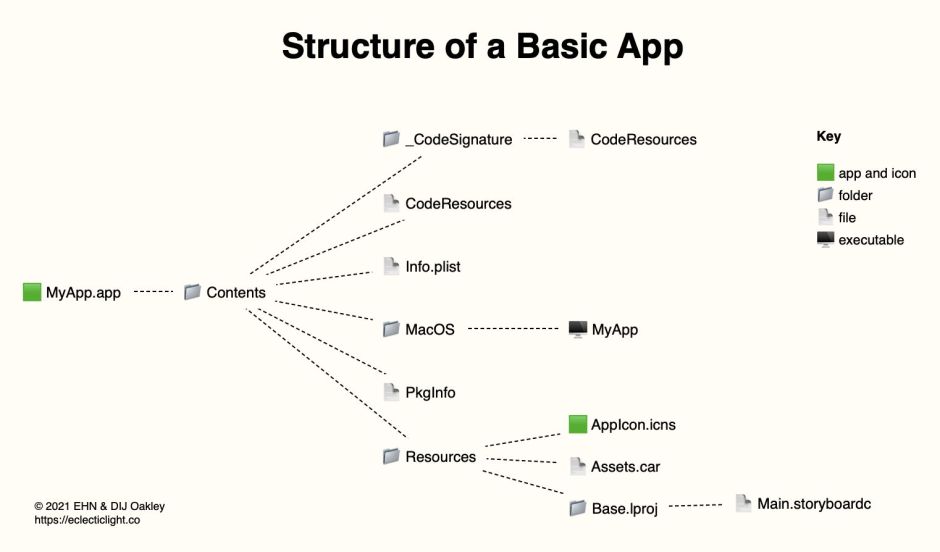 A basic non-App Store app consists of a structure of files and folders inside a folder named Contents, within the .app folder. These are:

Apps provided through the App Store normally don’t have a CodeResources file, but contain another folder named _MASReceipt, which contains their App Store receipt, and is checked by the app when it’s launched. Some notarized apps don’t come with a CodeResources file either, and their notarization has to be checked online by macOS instead.

Although you should never encounter an app which uses all the files and folders shown below, this illustrates some of the more common possibilities. Even the massively complex Xcode doesn’t go this far. 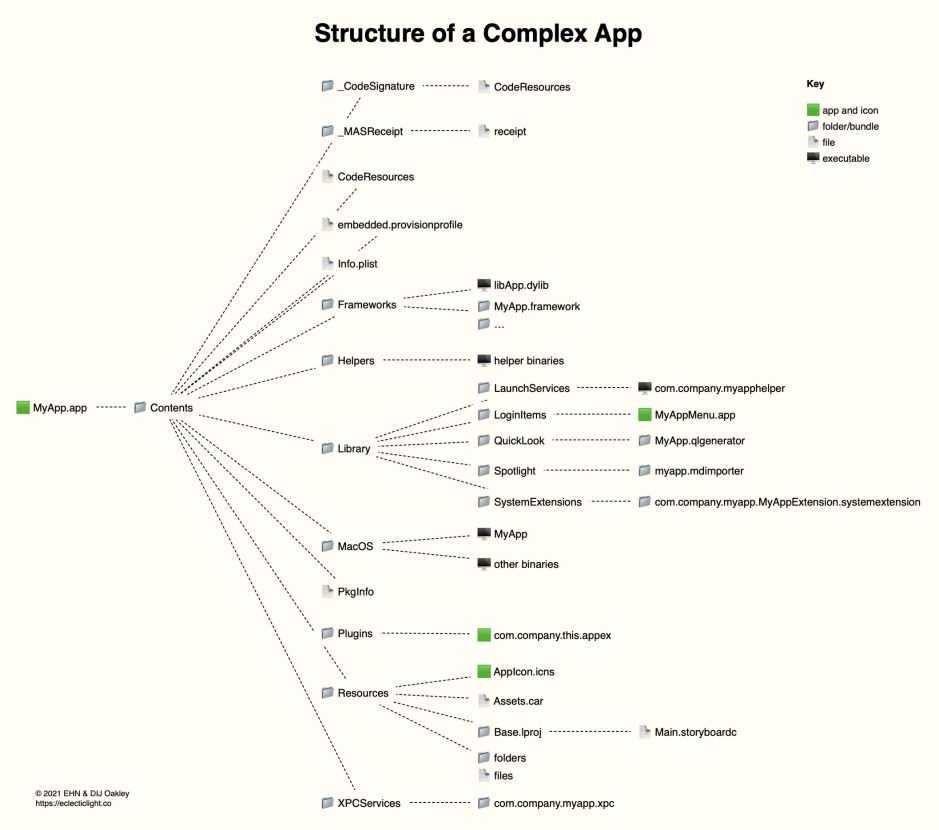 Additions include the following:

It’s usually the Library folder which is most complicated, containing:

Helpers and similar code are used for several good reasons, the most common being when an app has to run code at elevated privileges. This is required to access many protected system features. One of the basic principles of app security is that only the minimum essential code should ever be run at elevated privileges, so running the whole app as root isn’t wise.

Instead, code needed to be run with root privileges is separated out into a helper app. When the main app needs to access those features, it does so via that helper. The standard way for an app and its helpers to communicate is using XPC. When correctly implemented, this enables the app to do sensitive things without putting your Mac at risk.

As a rule, you should never tamper with the contents of an app bundle. Changing any of its contents risks breaking its signature, which then results in macOS refusing to run that app. In the past, users have got away with gentle changes to non-executable items in the Resources folder, but even those can sometimes cause problems with app launching. If you really must make changes, do so with caution, and it’s often best done after stripping the app’s signature altogether. However, as M1 series Macs won’t run unsigned code, for them you must re-sign the app, which gets fiddly and is prone to error.

The days of customising window and other resources in apps are long since past.