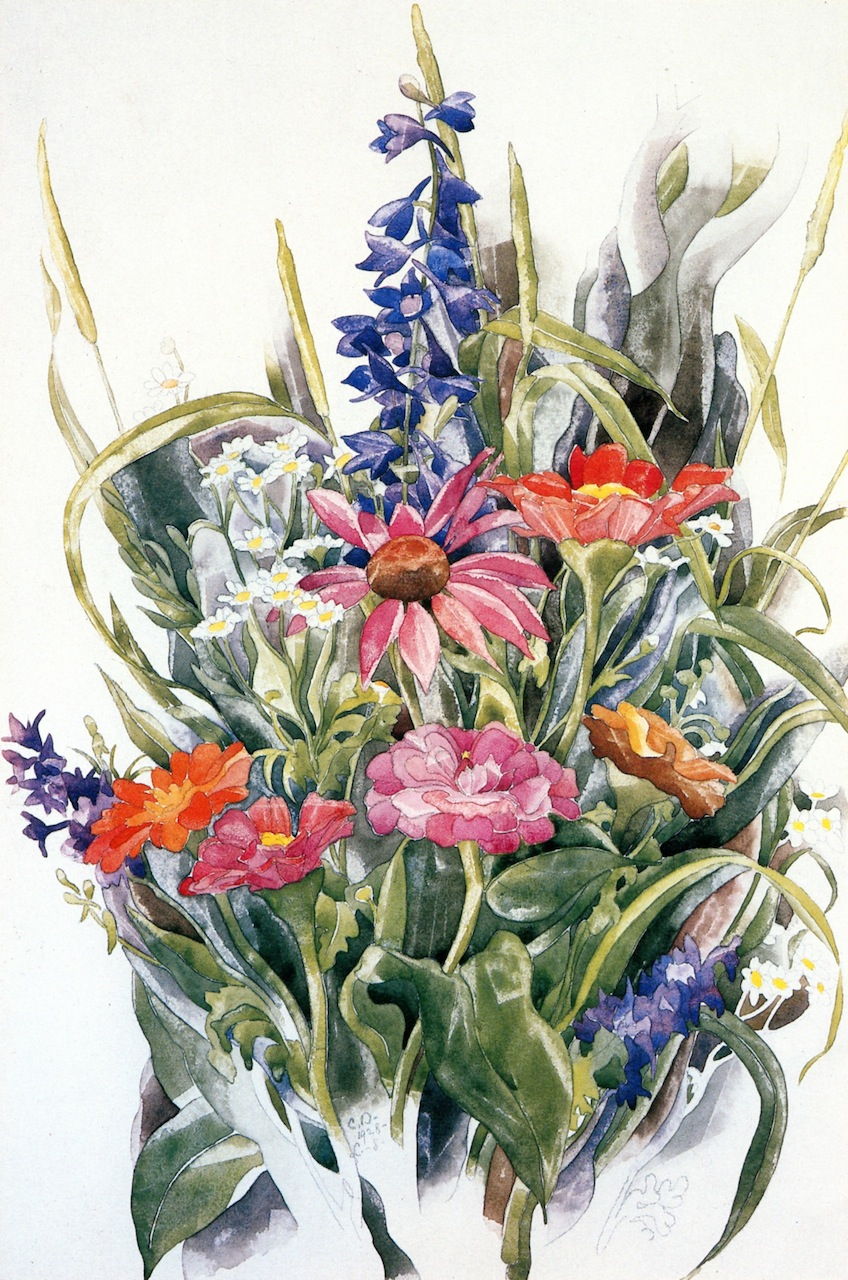 In the two previous articles, I looked at the still life paintings of William Merritt Chase, who transformed them into performance art, and the wonderful floral still lifes that financed the career of Henri Fantin-Latour. This last article in this short series considers two artists who used still lifes as therapy when they were recovering from illness.

Early in Lovis Corinth‘s (1858–1925) career, he seems to have painted few still lifes, much preferring figurative works. His tastes changed after 1900, when he appears to have painted a few. Then in December 1911 he suffered a major stroke, which left him with partial paralysis of his left side. In the months and years that followed, he seems to have relied on still lifes as art therapy, both as a retreat from his problems, and as a means of recovering his painting skills.

Painted the year before his stroke, his Roses (1910) strikes a perfect balance between botanical detail and accuracy of the blooms, and looseness in the foliage and background, showing Corinth at his peak.

His initial recovery from the effects of the stroke was slow. His wife, a former painter herself, devoted all her time and effort to help him recover, and took him away to the south of France, where he sketched landscape views in oils. As he now had to learn to paint with his other (and right) hand, still lifes came to the fore. This Cat’s Breakfast (1913) is so loose as to show only the most basic forms of the objects being painted.

He has regained control in this wonderful Still Life with Pagoda (1916), with its curious combination of Asian and crustacean objects.

The contrast in style after his stroke is perhaps most evident in Roses from 1919.

In adult life, the American artist Charles Demuth (1883–1935) developed Type 1 diabetes, and suffered increasingly frequent episodes of diabetic illness. During the 1920s, he became one of the first to receive injections of insulin, but his bouts of illness became more severe, and he died in 1935 from their consequences.

Unlike Corinth, Demuth had been an enthusiastic painter of floral still lifes early in his career. When his diabetes developed, he returned to them as an aid to recovery, and they came to dominate his work. Reflecting his changed style in landscapes, these had developed into detailed botanical paintings, as in his Flower Study (1922).

He also painted fruit and vegetables, of which the Eggplant (c 1922-23), or aubergine, was his clear favourite.

He painted Amaryllis in about 1923 when he was recovering from acute complications of his diabetes, as both solace from his suffering and an aid to recovery.

Demuth developed a liking for brilliant colours in his later floral paintings, such as Fruit and Sunflowers from about 1924-25. In this case, he used cadmium yellow, which was still relatively novel in watercolours.

Zinnias, Larkspur and Daisies (1928) is one of his later exquisite floral watercolours, featuring a rich variety of colours and forms. If only Demuth’s health could have been improved by his paintings.

Next week I’ll be starting a new series, looking at the history and reading of still life paintings. I hope you’ll join me.