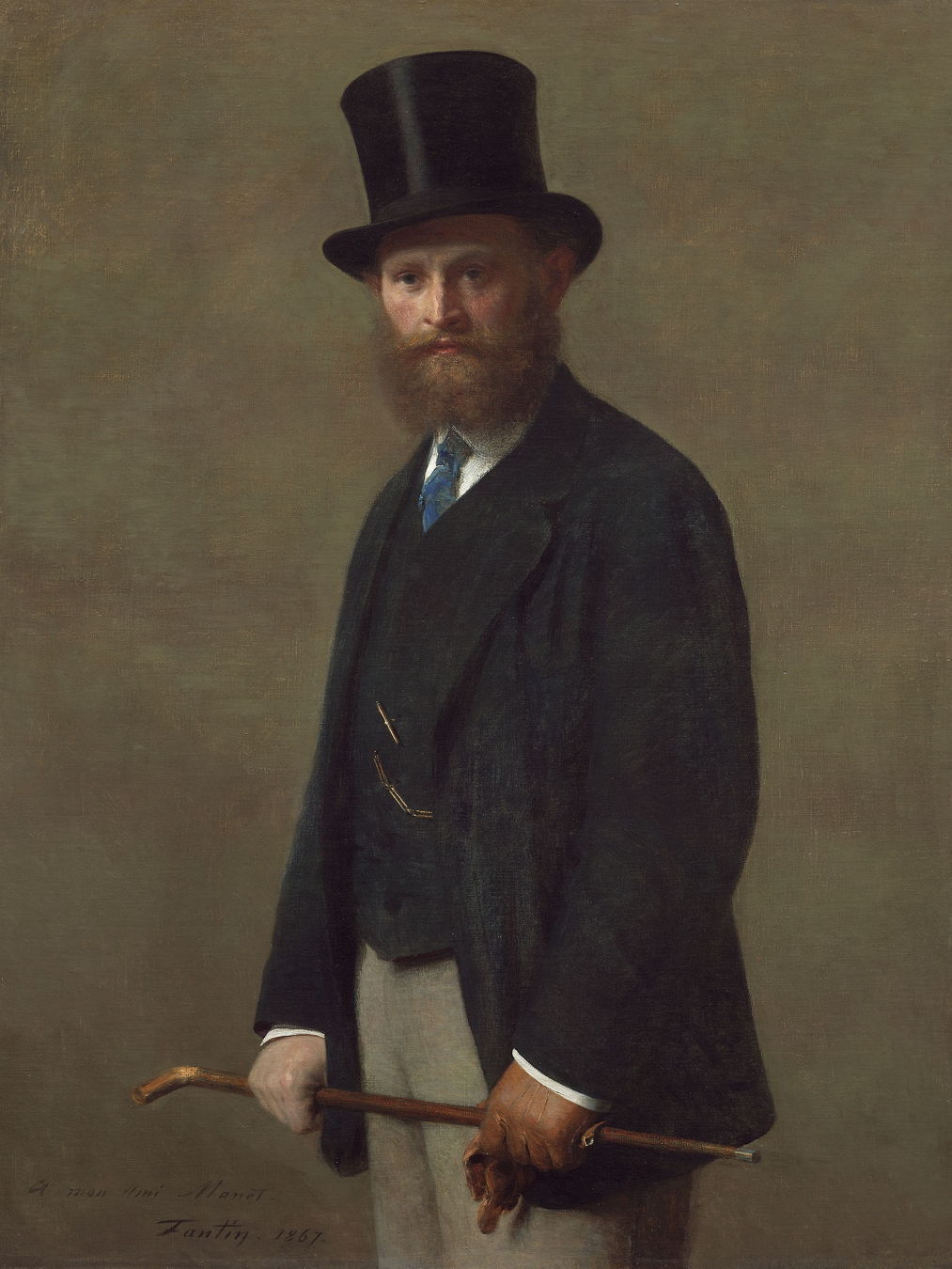 In the two previous articles over this long weekend, I’ve been looking at staffs, walking sticks and their relatives in paintings, first in myth, age and the traveller, then in the form of shepherds’ crooks. This final article shows examples of sticks in power and authority, and fashion.

High-ranking priests in many of the Christian churches use a staff known as a crosier, crozier, paterissa, pastoral staff, or simply a bishop’s staff. These probably have multiple origins, being derived from earlier staffs representing power and authority, linking to Moses’ staff, and the metaphorical link to these priests as shepherds of their ‘flocks’ of Christians. They also appear in closer association with specific saints, most notably Saint Christopher.

In Hieronymus Bosch’s painting of the huge giant Christopher/Reprobus, he carries Christ, a small child, on his shoulders across a small lake, set in an extensive and deep coastal landscape. Christopher bends under the apparent weight of Christ, supporting himself on his staff.

Dieric Bouts’ exquisite panel from his altarpiece The Pearl of Brabant (1467-8) sets Christopher up quite upright as he holds his long staff, and encloses him tightly with surrounding cliffs.

Raphael’s Ecstasy of Saint Cecilia, painted between 1513-14, is one of his masterpieces, and probably secured the popularity of Saint Cecilia as the patron saint of music and musicians. Beside her are, from the left, Saints Paul, John the Evangelist (patron saint of the church for which the painting was destined), Augustine, who holds a crosier, and Mary Magdalene.

Another ornate crosier appears in Tintoretto’s Saint George, Saint Louis and the Princess from 1552. The knight in black armour is Saint George, with his white charger behind. Saint Louis of Toulouse (1274-1297) stands at the right in his full bishop’s regalia complete with crosier, looking down at the head of a dragon with George’s broken lance beside it. Sat astride the body of that dragon is the Princess, whose life has just been saved by George.

Since ancient times, many rulers have held staffs as a symbol of their authority. In ancient Egypt, they were typically topped off with an animal head, and they were used by the rulers of the Mesopotamian empires. They became both more popular and more ornate during classical Greek and Roman times, when they developed into ceremonial sceptres, usually made of precious materials and sometimes encrusted with gems.

Peter Paul Rubens’ undated Portrait of Marie de’ Medici as Bellona shows her in the midst of cannon, arms and armour, with an exuberantly decorated helmet, a sceptre and a statue of a winged woman.

Sceptres were appropriated by military commanders as shorter batons, such as those carried by field-marshals, and even senior sergeants.

The garde champêtre overseeing Jules Breton’s The Gleaners (1854) carries one tucked under his left arm. As the village policeman, he’s an older man distinguished by his official hat and armband, who was probably an army veteran.

Even common goose-girls could lay claim to authority given the right frame of mind.

William-Adolphe Bouguereau’s Goose Girl from 1891 stands barefoot, her stick tucked under her left arm like a sergeant-major’s swagger stick, her head turned to look directly at the viewer.

Inevitably, the fashion industry wasn’t to be outdone by mere shepherds and monarchs, and joined in with sticks intended purely for appearance.

Henri Fantin-Latour’s superb three-quarter-length portrait of his friend Édouard Manet from 1867, shows the painter at thirty-five, then the leading avant-garde artist in France. He is immaculately turned-out, with brown leather gloves, one removed and being clutched by the other hand against his short and highly fashionable walking stick.

in Odoardo Borrani’s fascinating Meeting in the Uffizi (1878), an affluent and well-dressed couple are meeting in the gallery, he holding a walking stick, she a tightly rolled umbrella, the lady’s equivalent fashion accessory.

Finally, Jules Victor Clairin’s undated Elegant Couple at the Coast shows a fashionable couple from the eighteenth century, the man with his expensive walking stick, its tip sinking into the soft sand.

What I have yet to see in a painting is someone striding out with their Nordic walking poles. These originated with out-of-season fitness training for cross-country skiers in Finland and other Nordic countries, but seem to have become more fashion than fitness.