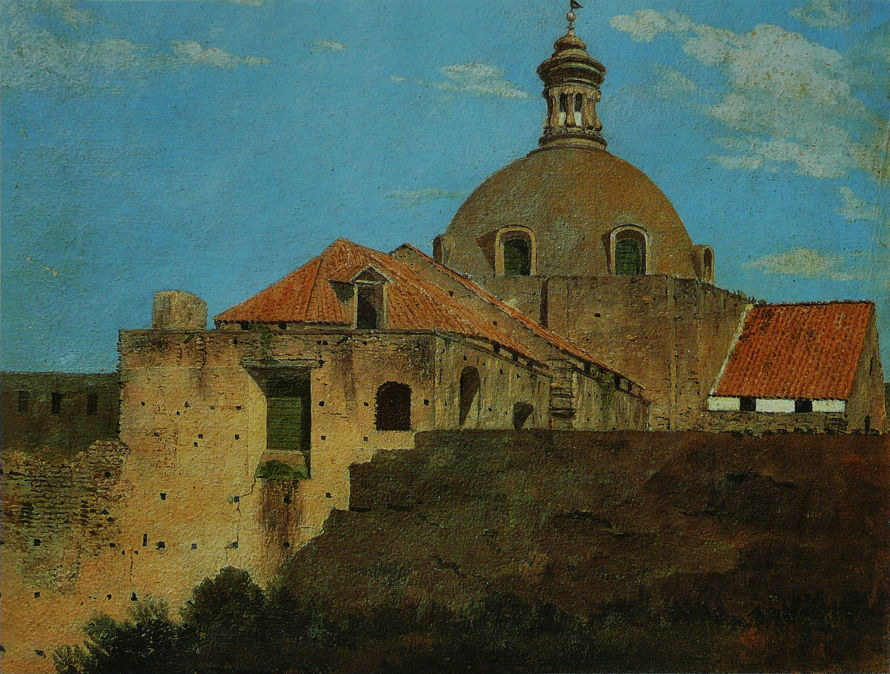 There’s a long history of painting in Britain from before the Renaissance, but it wasn’t until the eighteenth century that native artists seem to have started to specialise in painting landscapes. This article and its sequel tomorrow outline developments in British landscape painting from the first half of that century to around 1820, when JMW Turner brought radical change.

Thomas Gainsborough (1727–1788) was born in Sudbury, Suffolk, close to where John Constable was born 49 years later. He went to London in about 1740 to study art, then in 1744 set up his own studio. His earliest surviving paintings date from the following year, at which time he was clearly competent in oils. In 1746, he married the illegitimate daughter of the Duke of Beaufort, who settled an annuity on the couple, providing them with financial stability. They returned to Suffolk in 1749, where he established a practice in portraiture. In 1752, he moved to the county town of Ipswich in an effort to expand his work.

In 1759, he moved to Bath, where he studied van Dyck’s work and developed a much more successful studio, attracting the fashionable and wealthy. He was a founding member of the Royal Academy of Arts in London in 1768, but quarrelled with its leaders, and ceased exhibiting there in 1773. Throughout his career, he generated income from portraits, but took greatest pleasure in painting wooded rural landscapes.

Gainsborough’s Wooded Landscape with a Peasant Resting (1747) is one of his early and finest landscapes. It demonstrates strong influence from Dutch landscapes of the previous century, particularly those of Rubens. It has subtle rhythm in the tree canopies and clouds, and the foliage closely follows nature rather than appearing solid. Each of its trees establishes its distinctive colour, structure, and form, giving an unusual reality to this view of the flat countryside of Suffolk.

Gainsborough worked using the traditional method of making fine watercolour sketches in front of the motif, then developed those in his finished oil paintings in the studio. Unlike some of the earlier landscape masters, his finished works were reasonably faithful representations of specific views and locations, and not assembled into idealised composites.

Richard Wilson (1714-1782) was born in Wales, and apprenticed to a portrait painter in London from 1729. He travelled to Italy in 1750, where he was advised to become a landscape artist. He returned to Britain in 1757, and established his reputation with paintings of classical myths set in idealised Italianate landscapes, influenced mainly by Claude Lorrain.

Wilson’s Destruction of Niobe’s Children from 1760 is a classical history-in-landscape, with a bolt of lightning in the centre far distance, a chiaroscuro sky, and rough sea below. Wilson shows the story when Apollo is still killing Niobe’s sons. The god is at the top of a steep bank on the left, with Niobe among her children down below. This won him acclaim, and brought many commissions for paintings showing the estates of the wealthy.

In about 1771, Richard Wilson painted this marvellous historic landscape of Cicero with his Friend Atticus and Brother Quintus, at his Villa at Arpinum. This work seems to have influenced Pierre-Henri de Valenciennes in his later painting of Cicero Discovering the Tomb of Archimedes from 1787.

Alexander Cozens (1717–1786) was born in the Russian Empire, but schooled in London, where he learned printmaking. He returned to Russia before travelling on to Italy in 1746, where he settled in Rome, four years before Richard Wilson arrived there. He worked in the studio of Claude-Joseph Vernet (1714-89), a French landscape painter who was enjoying considerable success at the time. He returned to London in 1749 to teach drawing. He specialised in painting landscapes from his time in Italy, but most of his paintings have now been lost.

Cozens was a pioneer painter in watercolour, developing specialist techniques such as keeping ‘reserved space’ to let his white paper ground show through, wet on wet as well as wet on dry application of paint, and scratching out. He also employed both transparent and opaque paints.

He experimented with transient effects of light in his wonderful Close of the Day: Sunset on the Coast, which dates from 1768-75. This is one of his few surviving oil paintings, and like many by later plein air painters was made on paper.

Richard Wilson’s late and pure landscape painting of Llyn-y-Cau, Cader Idris delivers a frisson of excitement, with its dark and limpid lake, and the steep crags facing the viewer.

Thomas Jones (1742-1803) was born near Llandrindod Wells in central Wales, and became Wilson’s pupil in 1763. He started making landscape sketches in oils in the 1770s. He worked in Italy from 1776 to 1782, around Rome and Naples, where he completed many plein air paintings in oils, as well as commissioned works in the studio. For the first five years following his return he struggled to make a living in London, but when he inherited the family estate in 1787 he was able to use his techniques in the landscape around that estate at Pencerrig, near Builth Wells.

Richard Wilson, Thomas Jones and the French landscape artist Pierre-Henri de Valenciennes weren’t the first to paint oil sketches en plein air, but were its first great exponents. Sadly none of Wilson’s plein air oils seem to have survived, but Jones and Valenciennes left remarkable paintings from that period, including Jones’s view of The Capella Nuova outside the Porta di Chiaja, Naples from 1782.

Today, Jones’s best-known oil sketch is this tiny Wall in Naples from about 1782, which is one of the jewels in the collection of the National Gallery in London.

George Morland (1763–1804) was one of Britain’s most talented painters of the century, but combined intensive painting with heavy drinking, and died young, in tragic circumstances. He was a precocious artist, exhibiting chalk drawings at the Royal Academy when he was only ten. He copied Dutch and Flemish masters, who proved an influence on his landscape paintings.

Over this period, the British climate was unusually harsh, with many winters in which the snow was deep and prolonged, even in the south of the country. Morland’s Winter Landscape with Figures, which he painted in about 1785 when he was only twenty-two, shows one of these severe winter scenes.

Morland was imprisoned for debt between 1799-1802, during which his health declined. He probably suffered a stroke after his release, then in 1804 returned to prison as a result of further debt. He died shortly afterwards, at the age of only 41, having completed more than four thousand oil paintings in less than twenty years.