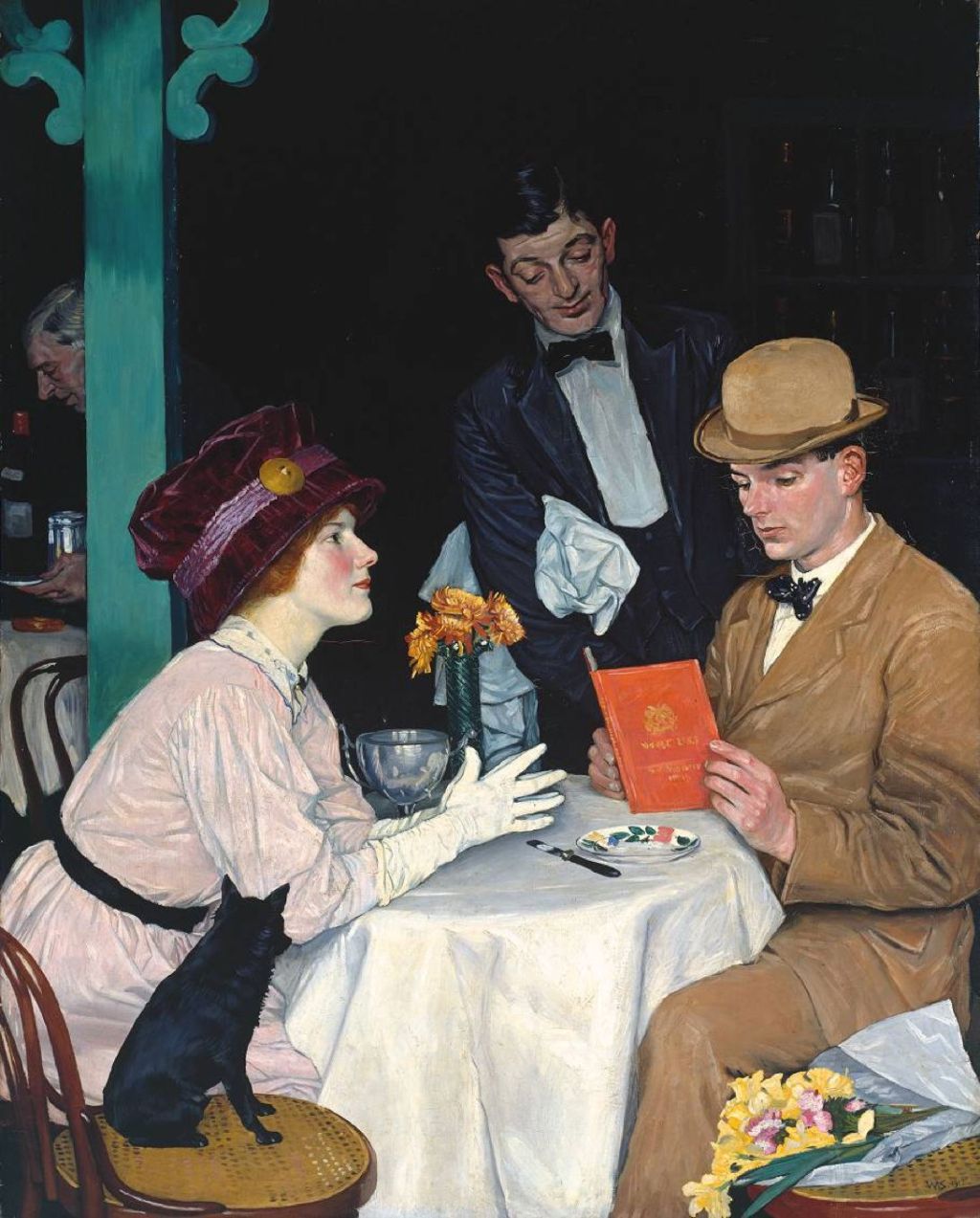 On this day, 12 April, a century ago, the Scottish painter William Strang (1859-1921) died. Although not a major artist by any means, his illustrations to the writings of John Bunyan, Samuel Taylor Coleridge, and Rudyard Kipling were successful, and some of his surviving paintings of significance too.

Strang was born in Dumbarton, Scotland, and went to London at the age of sixteen. He trained at the Slade School of Art there, now part of University College London, and achieved initial success in printmaking, as an etcher. Among the more than three hundred plates which he produced are series illustrating Bunyan’s famous Pilgrim’s Progress, Coleridge’s Ancient Mariner, and some of Kipling’s popular stories. These were mostly completed before 1900.

Ramparts of Ypres from 1898 is an example of his drypoint, showing the old fortifications of this town on the border of Belgium and France which was soon to become one of the major battlefields of the First World War.

The Temptation from 1899 appears to be one of his earliest successful paintings, and takes as its theme the temptation of Adam by Eve in the Garden of Eden. This is one of a series which was commissioned for the library of a Birmingham brewer, which weren’t exhibited until 1902.

In the year that was shown, he fell out with the Royal Society of Painter-Etchers over their inclusion of reproductions of pictures in their exhibitions, and concentrated more on painting.

Strang’s Bank Holiday (1912) strikes a remarkable balance between realism and the painterly, and shows a thoroughly contemporary scene and ‘problem picture’.

A young and rather gauche couple are celebrating a public holiday with a meal in a restaurant. He’s not at ease: his brown bowler hat is still on his head as he looks incomprehensibly at the wine list wondering what to order. His bow-tie is slightly skewiff against his stiff collar, and the flowers he bought his date rest on the chair beside him. She looks more enthusiastic, almost yearningly, as she leans towards him, her long white gloves ruffled up her forearms. Beside her, on its own chair, a small black dog stares at her. The couple and their attending waiter appear caught in the stark light of a photographic flash.

This detail from Strang’s Adoration (1913) is an elaborate allegory which takes the viewer aback. The almost-nude woman is Beauty, to whom homage is being paid by the figure of Painting holding a palette in his right hand, a Poet holding up his writing, a Soldier or courtier dressed in scarlet, and a Connoisseur or intellectual with his bald head and white beard.

This is Strang’s Self-portrait from 1914, the year that he visited the front line to make drawings of the trenches of the Great War.

The following year (1915), he painted The Meeting Place, whose background landscape shows influence from Vincent van Gogh. This couple are also highly contemporary: the man is lost in thought, perhaps wondering where he’ll be in a few days time, and his partner also looks concerned.

Throughout his career, Strang painted portraits. Among the most significant of them is this Lady with a Red Hat, which shows Vita Sackville-West in 1918. She was only twenty-six at the time, and had been in an open marriage for the previous five years. Her first novel was published the following year, and she was later Virginia Woolf’s lover, and a notable garden designer.

In 1918, Strang was elected President of the International Society, a role which had been held by Whistler and Rodin, but he wasn’t elected to the Royal Academy until 1921, the year that he died.

William Strang’s paintings enjoyed an enthusiastic critical reception during his lifetime, but never became popular. The twentieth century then did its best to forget them altogether, quite unjustly.