With the Big Sur 11.3 update growing increasingly imminent, there are several areas which I’m hoping it will attend to, among them the extended Dock & Menu Bar pane in System Preferences. In 11.2.3, it appears to have been abandoned incomplete and dysfunctional.

One example are its controls for the menu bar clock. It doesn’t matter whether you tick or uncheck the Use a 24-hour clock box, or the Show am/pm box below it, as those don’t appear to have any effect. 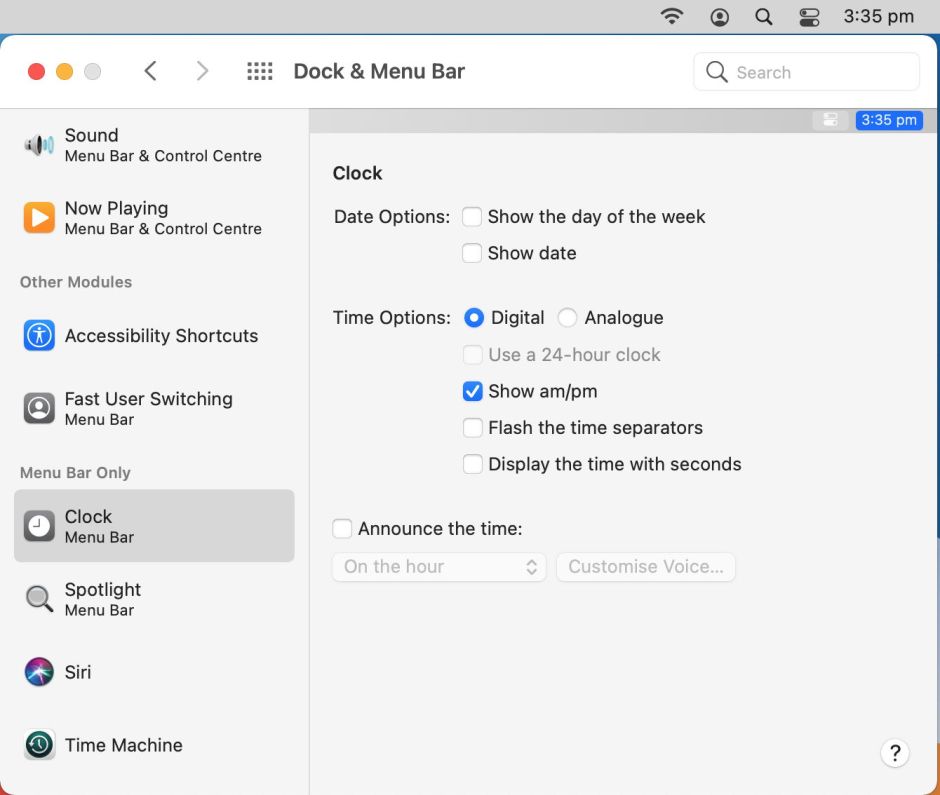 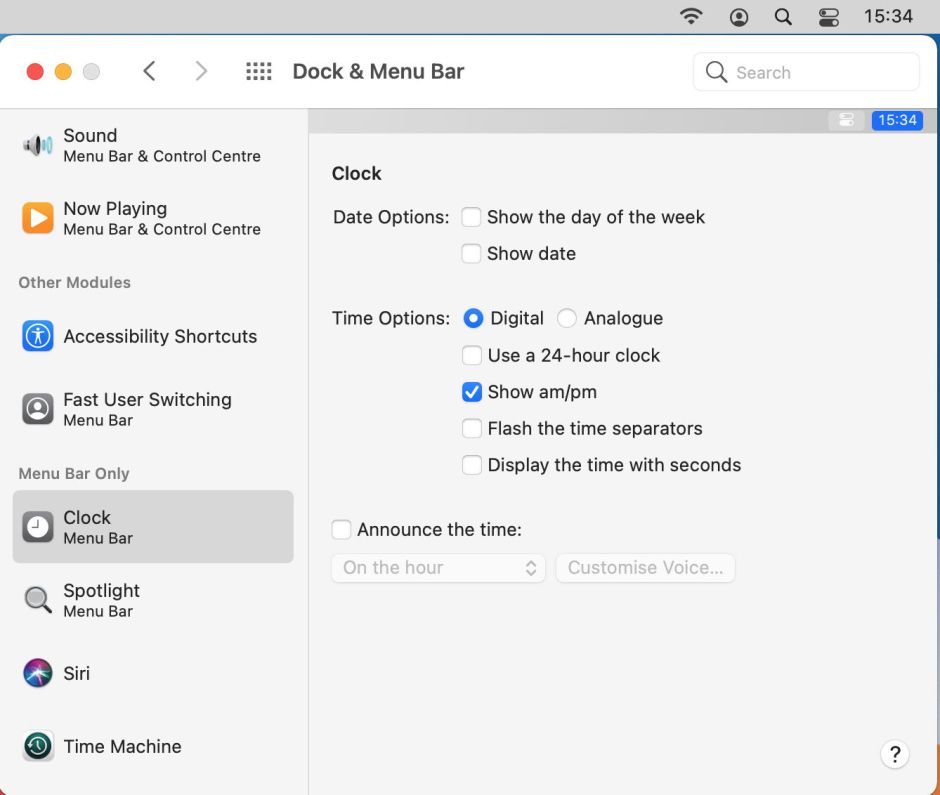 If you want to switch between 12- and 24-hour clock format, you have to switch to the General tab in the Language & Region pane, where the Time format box is the determinant of what’s shown in the menu bar clock. Not only that, but that latter control extends too far, for example changing the time format used when obtaining log extracts using the log show command, which is surely another bug.

Another bug has persisted in the Bluetooth menu bar control. As I’ve already pointed out, when you open this item it invariably shows not the current charge levels for Apple’s wireless input devices, but the levels when they were last checked. To obtain current estimates, you have to open the Bluetooth item a second time. I’m shocked that this most obvious of bugs has persisted for so long, when every Apple engineer and employee who uses a Mac must notice this pretty well every day.

Dock & Menu Bar controls are also too inflexible in some respects. For example, Now Playing is always included in the Control Centre, although I suspect a great many macOS users hardly ever use this feature, making it a waste of space. This pane also doesn’t yet control the inclusion of the Input menu in the menu bar, for which you still have to open the Input Sources tab in the Keyboard pane, which needs to be moved into a new item in the Dock & Menu Bar pane.

One annoying menu bar item which Big Sur still fails to control is the Location Services icon which appears sporadically at the start of the right menu bar items. Although some users may wish to monitor access to Location Services, many don’t, and the Dock & Menu Bar controls should allow this behaviour to be muted.

There are two features which I’d like to see in the Dock & Menu Bar pane in the future. One is the ability to customise and control the order of items shown in the menu bar, which doesn’t currently appear possible. The other is for third-party menu bar additions to be able to add themselves to the controls here. Currently, I have only four third-party items shown in my menu bar, but I’m aware that some users have many more. To have to control each of those independently isn’t efficient.

Hopefully macOS 11.3 will make some progress to realising the potential of these new controls. We’ll see.

Several of you have commented that you can’t see any problems with the 24-hour clock setting. The reason for this is that, if your Mac is set to a preferred language of English (US) in the General tab of the Language & Region pane, and the Region is set to the United States, then your default Time format is 12-hour time, and the controls here work fine.

If you’ve tried this out and still don’t think this is a bug, then I’d interested to know your settings so that I can try to reproduce them here. As my screenshot above shows, this does happen and it is a bug.