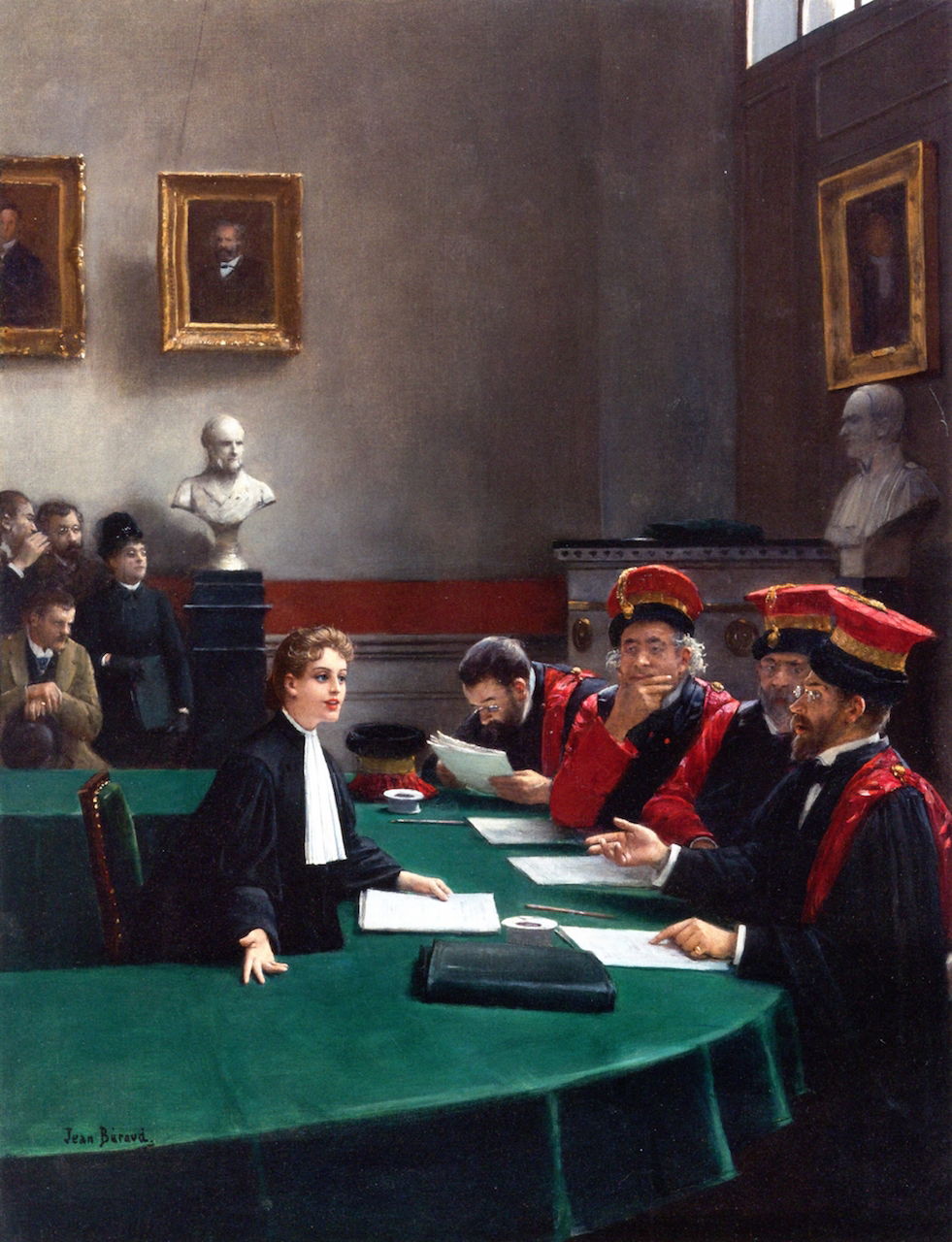 It wasn’t that long ago that it was most unusual to go out without wearing a hat. Although they’ve made something of a comeback in recent decades, in much of the world they’re still far from popular unless it’s unusually cold. This weekend I’m taking a look at a selection of paintings which today look at the special significance of wearing hats through history, and tomorrow consider how fashionable they became during the late nineteenth century.

People have put hats on their head since long before recorded history. Some distinctive forms of hat have unusual histories, and puzzling representations in art. Among the many quirks in the amazing paintings of Hieronymus Bosch are figures in or wearing funnels.

Their origin goes back to the Jewish diaspora of the Middle Ages, when Ashkenazi Jews (in particular) migrated to northern Europe, from about 800 CE. Predominantly Christian powers sought to make visible signs to distinguish Jews (and, to a lesser extent, Muslims) from local Christians, and for many centuries the migrants were persecuted, confined to Jewish ghettos, and generally kept in isolation as much as possible.

One common discriminatory technique employed in much of northern Europe was to require Jews to wear distictive hats. This played on religious requirements for Jews to cover their heads, and the fact that most people wore hats when outdoors. The patterns of Jewish hat most often recorded are pointed or conical, and some have highly distinctive ‘bobbles’ at the top.

This detail from the centre panel of Bosch’s Haywain Triptych from about 1510-16 shows some unusual headgear probably derived from the appearance of the Jewish hat.

They are also to be seen in more recent historically-accurate depictions of the Middle Ages, as shown by Carl Gustaf Hellqvist in the right of his wonderful large history painting of Valdemar Atterdag holding Visby to ransom, 1361 (1882). There’s a rich range of military helmets, and one obvious conical hat being worn by a Jew, seen in the detail below.

In time, conical hats remained visible signs of discrimination. Charles Hunt’s Visit to the Schoolroom from 1859 shows the range of hats worn by children, and at the far right a dunce stands on a chair wearing the trademark conical hat.

As with all forms of clothing and personal decoration, hats have long been objects of fashion, used by individuals to distinguish and adorn, and feed their personal vanity. One of the best examples of this is in Bartholomäus Strobel’s long panoramic view of the Decapitation of Saint John the Baptist at Herod’s Banquet from about 1630-33.

Gathered in this grand banquet are many ranks of nobility wearing contemporary dress with an astonishing range of headgear, from armoured helmets to feathery confections. At the far right, the executioner stands by John’s headless corpse, a large pool of bright blood on the ground where its head once lay. A young woman (who might be Salome) looks up to heaven, her hands clasped in prayer, while an older woman (presumably Herodias) chats with the executioner.

During the English Civil War of 1642-51, hats assumed an even greater importance, in distinguishing the two sides, so-called Cavaliers and Roundheads.

William Frederick Yeames’ And when did you last see your Father? indicates this in the Puritan dress of conical hats and plain clothes. This contrasts with the opulent silks of the mother and chidren, who are clearly Royalists. The young boy is being questioned, presumably as given in the title, for him to reveal the whereabouts of his Cavalier father – an act which is bringing great anguish to his sisters and mother.

When people came to envision their gods, some were assigned hats of distinction.

Lavinia Fontana’s Minerva Dressing from 1612-13 is unusual in showing this major Greek and Roman goddess partially undressed, apart from her most common attribute of a feathered helmet. In her final years in Rome, Fontana painted two versions of this motif, of which this is the more subtle, with its elaborate details of the almost transparent voile on her back and the red and black cape.

Not to be outdone by their subjects, Kings and their bishops had to have their own hats in the form of crowns and mitres.

Probably the most famous depiction of any major coronation is that of Raphael and his workshop in this fresco of the Coronation of Charlemagne from 1514-15, with its serried ranks of mitres and just the one crown to rule them all. The rows of bishops here wear what is the exact opposite of the monks’ bare tonsured heads.

It didn’t take long for the church and other organisations to express rank and superiority in subtle variations of hat.

Raphael’s magnificent Portrait of a Cardinal from 1510-11 pays particular attention to the surface textures of the fabrics. Three quite distinct fabrics are shown in the cardinal’s choir dress: the soft matte surface of the biretta on his head, the subtly patterned sheen of his mozzatta (cape), and the luxuriant folds of his white rochet (vestment). In that scarlet biretta is great power.

Some well-known characters in paintings are instantly recognisable by their hat, in this case the Florentine poet Dante, shown below with Virgil as they are being ferried in the Inferno.

In 1822, the young Eugène Delacroix painted this Barque of Dante, one of his finest narrative works, showing Dante and Virgil crossing a stormy river Acheron in Charon’s small boat. Dante is inevitably wearing his red chaperon. This had evolved before 1200 as a hooded short cape, which developed into variants which remained popular until becoming unfashionable in about 1500. For his part, Virgil wears a laurel wreath honouring an epic poet of his stature.

Some of these ancient hats have been perpetuated in formal dress, such as that seen worn by academics for ceremonial.

In Jean Béraud’s undated The Thesis of Madeleine Brès (or The Doctoral Jury) he shows us one of the early woman doctoral students defending her thesis before the academic jury, who are wearing what might appear now to be fancy dress hats. At the time, this was a major landmark in the improvements in women’s rights, and the archaic headwear serves to emphasis this change.

Finally, hats aren’t always good signs, but can signify the sinister and worse. Although most of us associate the silk top hat with elegant opulence, in its day it gained some dark associations.

Jean-Louis Forain’s Dancer and Admirer Behind the Scenes from 1903 whispers its disturbing message of the association between the top hat and white tie, and under-age prostitution which was rife at the time among dancers of the Paris ballet. It’s not just the hat, but the context in which it’s worn.