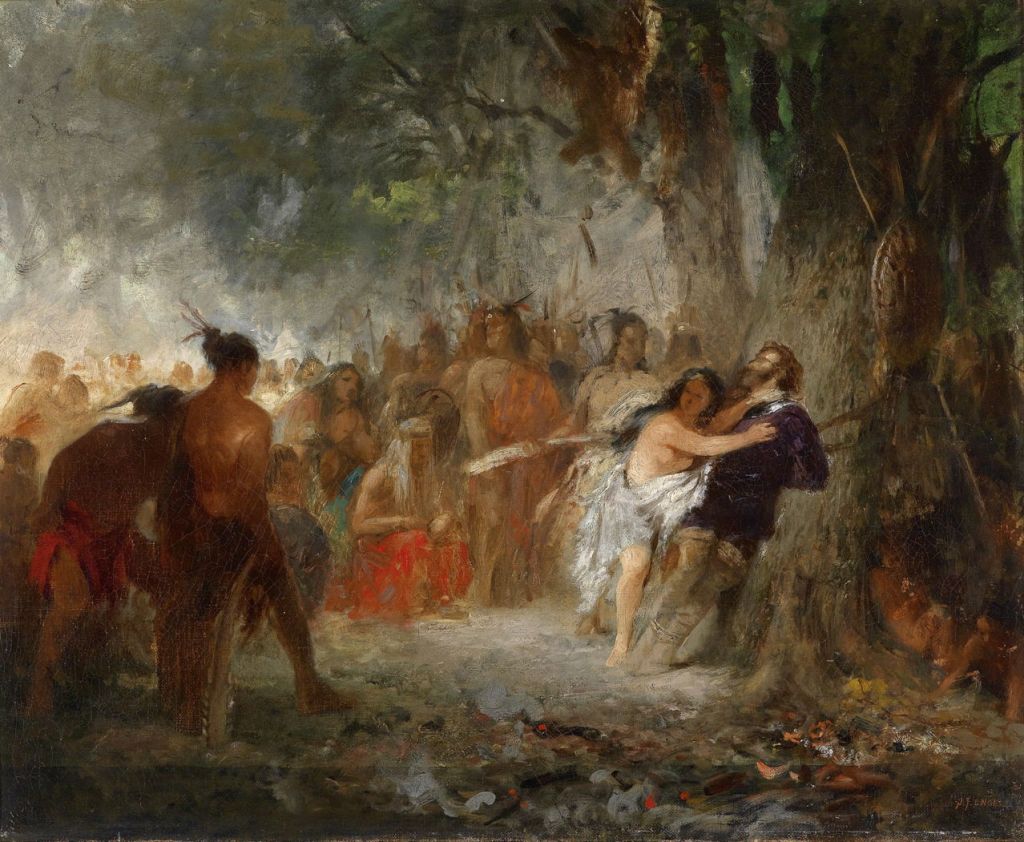 Johann Friedrich Engel (1844-1921), a German-American painter who died a hundred years ago today, on 2 March 1921, enjoyed fame through the monochrome prints of his paintings which were published in popular magazines like Die Gartenlaube in the late nineteenth century. With an estimated total circulation counted in the millions, it was a staple for the middle classes, who must have lapped up Engel’s comforting images of clean, happy children in Upper Bavaria.

By the time that Engel died, Die Gartenlaube had become a decidedly right-wing publication, and was soon to support the Nazi party, which finally devoured it in 1938. It ceased publication six years later, its once-glorious past long forgotten, much as Engel must have felt by the start of the Great War.

Engel moved to the USA with his family when he was only eight. Living in Albany, NY, he first studied painting under a Belgian immigrant. At the age of seventeen, he returned to Germany where he continued to study at the Academy of Arts in Düsseldorf before progressing to the Royal Academy in Munich the following year. Once he had completed that, in 1868 he returned to the USA, where he remained for the next five years. In 1873, he left the USA to return to Germany, and settled there in Munich, where he died in 1921.

Few of his paintings are now accessible, as most have disappeared into private collections. I only have dates for two of the suitable images that I have found.

Engel painted this Fisherwoman on Chiemsee in 1879, apparently one of his favourite themes in his favourite parts of Germany, Upper Bavaria. The girl is of course not yet a real fisherwoman, but holds the oar as if she knows how to pull it. Oddly, resting across the old wooden chest behind her is a scythe with some freshly cut vegetation. Although she looks clean and well-cared for, as does the bonny child who’s hanging onto her shoulder, their clothing is showing its age. The waters are also washing up under the chest and threatening to wet her shoes. Perhaps this sunny day isn’t quite as perfect as it appears.

In 1910, Engel painted a series of three nudes with flowers for the seasons. This is Spring, the other two being summer and autumn, and he avoids winter altogether, given their lack of clothing.

On the Way Home shows a group of young children returning to their village along a surprisingly clean and dry footpath. Although none of them appears in the least bit grubby, which is exceptional for children, only one, a little girl, wears shoes, the other three going barefoot. Their clothing is obviously long in the tooth too.

This Woman with Dog in a Beech Forest looks more middle class, with some interesting play in the sunlight. Like his other paintings, it’s perfectly pleasant but hardly memorable. Then I came to something rather different, apparently offered for sale on the German market, not in the USA.

The title given is Pocahontas Saves the Life of Captain John Smith, and it’s painted in oils on a reasonable-sized canvas. It looks as if it was a sketch or study for another painting, and contrasts completely with Engel’s other works.

Pocahontas is one name for a Powhatan woman from what is now Gloucester County in Virginia, who became celebrated in North America and Britain in the early seventeenth century. Captured by European colonists in 1613, she converted to Christianity, was baptised Rebecca, married a planter in 1614, had a son by him, then died in 1617 at the age of 20-21.

In her short but remarkable life, she was linked to Captain John Smith, who told increasingly extraordinary tales about his relationship with Pocahontas. By 1616, when Smith appears to have been promoting her forthcoming visit to England, he made the claim that she had suffered in order to save his life, when he had been captured by her kinspeople. In 1624, long after her death, he wrote an even more exaggerated account.

The gist is that, when he had been captured, the chief (Pocahontas’ father) decided that he should be executed by having his head clubbed until he was dead. Engel shows Pocahontas putting herself between the bound Smith and her kinspeople, after which it was she who was clubbed on the head.

There are a couple of other paintings of this scene from the late nineteenth century, both painted in the USA by American artists, as well as several illustrations, but I have been unable to find any finished work by Engel, and this appears to be the only such work on this side of the Atlantic, let alone in Bavaria. Its story must have been lost a hundred years ago when Johann Friedrich Engel died in Munich.