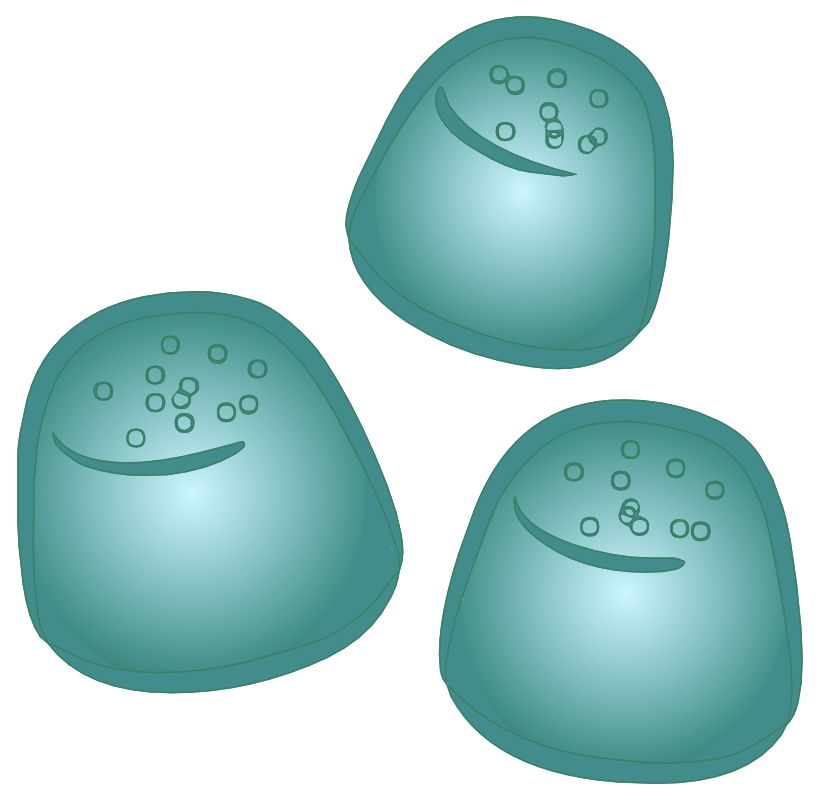 I have a new version of my utility Mints for you, 1.0b9. This adds a new log view, has greatly improved information about mounted volumes, and fixes a rare crashing bug. 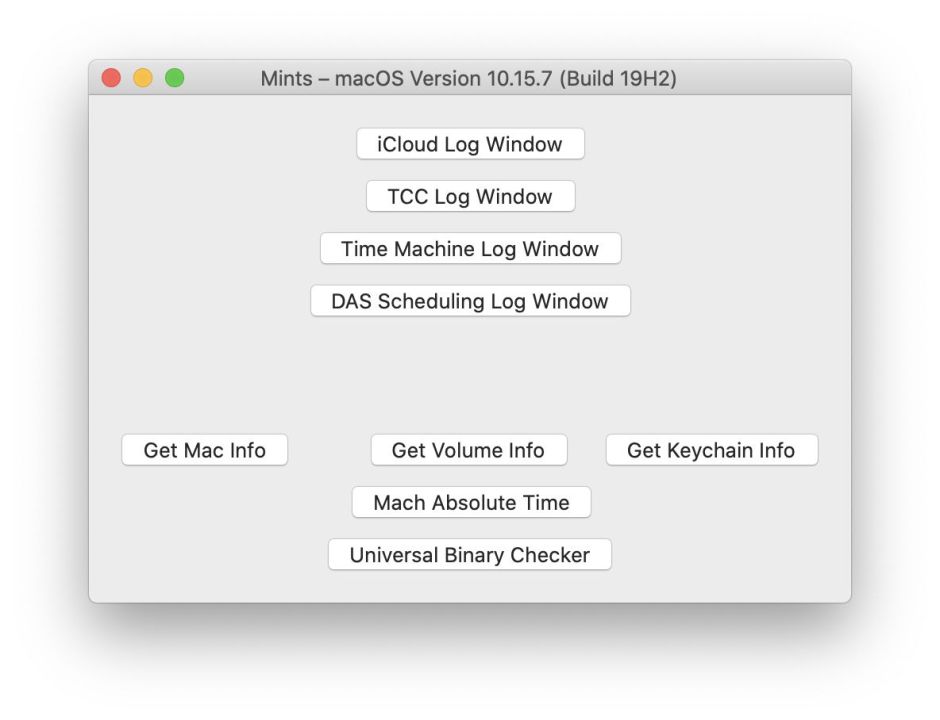 Its new log view gives insight into one of the most important, but lesser-known, features in macOS, Centralized Task Scheduling (CTS). Those familiar with the internals of Time Machine may recognise that it’s the mechanism which schedules and dispatches its hourly backups, and suffers a serious bug in macOS Sierra which stops the regular scheduling of backups in Macs left to run for more than a week or so without restarting. As a result, it’s one of the systems which my free utility T2M2, for checking Time Machine backups, analyses when it suspects that backups have become infrequent or irregular. This bug was fixed in High Sierra, but persists in Sierra, as far as I’m aware. 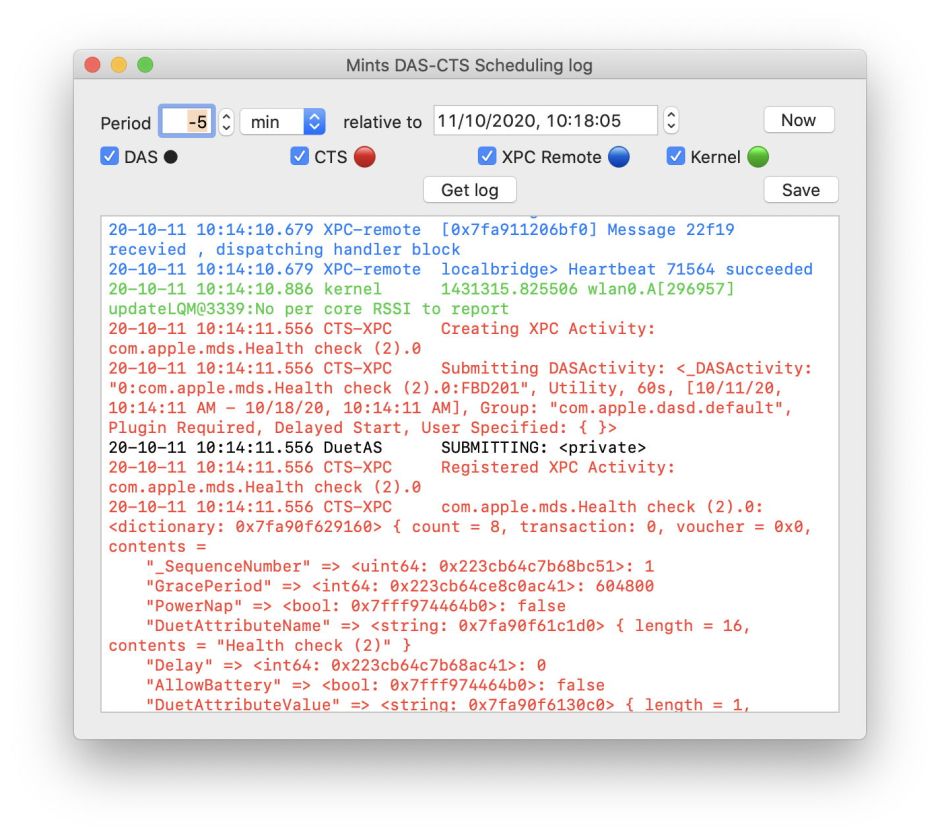 CTS has steadily grown in importance since Sierra, and is now responsible for dispatching dozens of background tasks for apps such as Safari and Photos, and many which are required by macOS itself.

This week I’m going to take a close look at what CTS is, what it does, and how you can use it. If you want to follow this yourself, then this new version of Mints is essential. 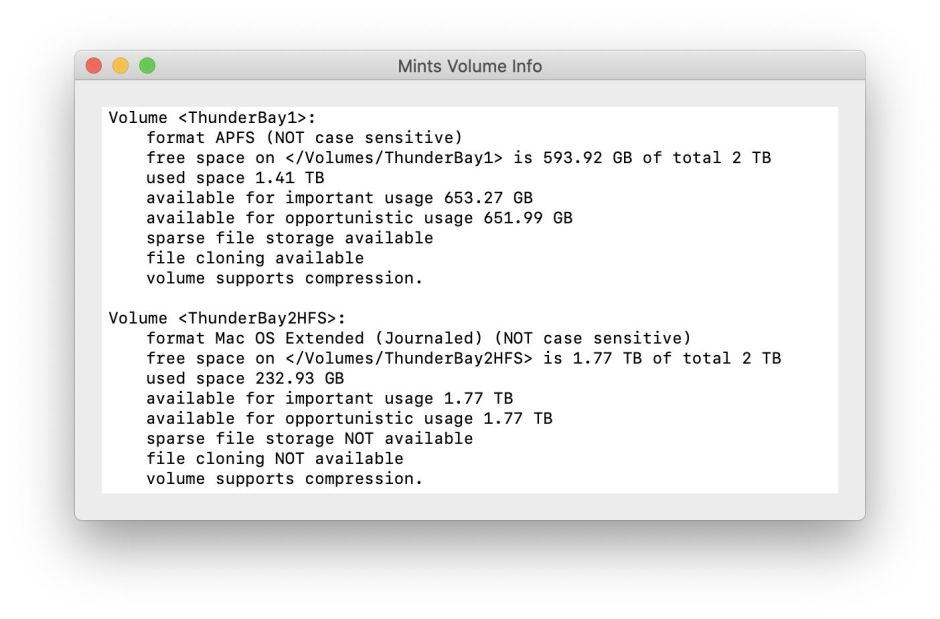 I recently added a tool to list various information for mounted volumes. As several of you have noticed, that doesn’t list all mounted volumes, and some of the information doesn’t appear correct. I have therefore revised this feature thoroughly, and apart from the Data volume in Catalina and later (which isn’t mounted in /Volumes) this new version should be much improved. It now includes information about volumes which can be hard to come by using other tools, such as whether that volume supports sparse files.

Mints version 1.0b9 is now available from here: mints10b9
from Downloads above, from its Product Page, and via its auto-update mechanism.