Keychain problems come and go. When Apple introduced Keychain in iCloud, a lot of users experienced problems, but in more recent versions of macOS these seem to have settled down. Few users now seem troubled by those infernal repeated requests for passwords to access items which should be accessible from your login keychain. That said, when they do come, such problems can be infuriating, and very difficult to investigate.

Over three years ago, I produced a simple tool to report the status of keychains and give direct access to some useful tools to aid in diagnosing problems, KeychainCheck. Keychains are one of the oldest parts of macOS, dating right back to Classic System 8.6 in 1999, and some parts seem to creak and groan a little because of their age. I had hoped that I’d be able to take my utility progressively deeper into keychains and their problems, but so far haven’t found a good way to do so.

One valuable feature of the new unified log when it appeared in Sierra was the fact that each time a keychain was opened, there would be a log entry to record that. I incorporated that into KeychainCheck, so that you could see exactly what was going on when you were being bombarded with those dialogs. Then in more recent versions of macOS the log entries stopped, never to return.

KeychainCheck 2 is still a useful utility when you’re trying to understand keychain problems, though. Its window shows:

For example, this is its document window: 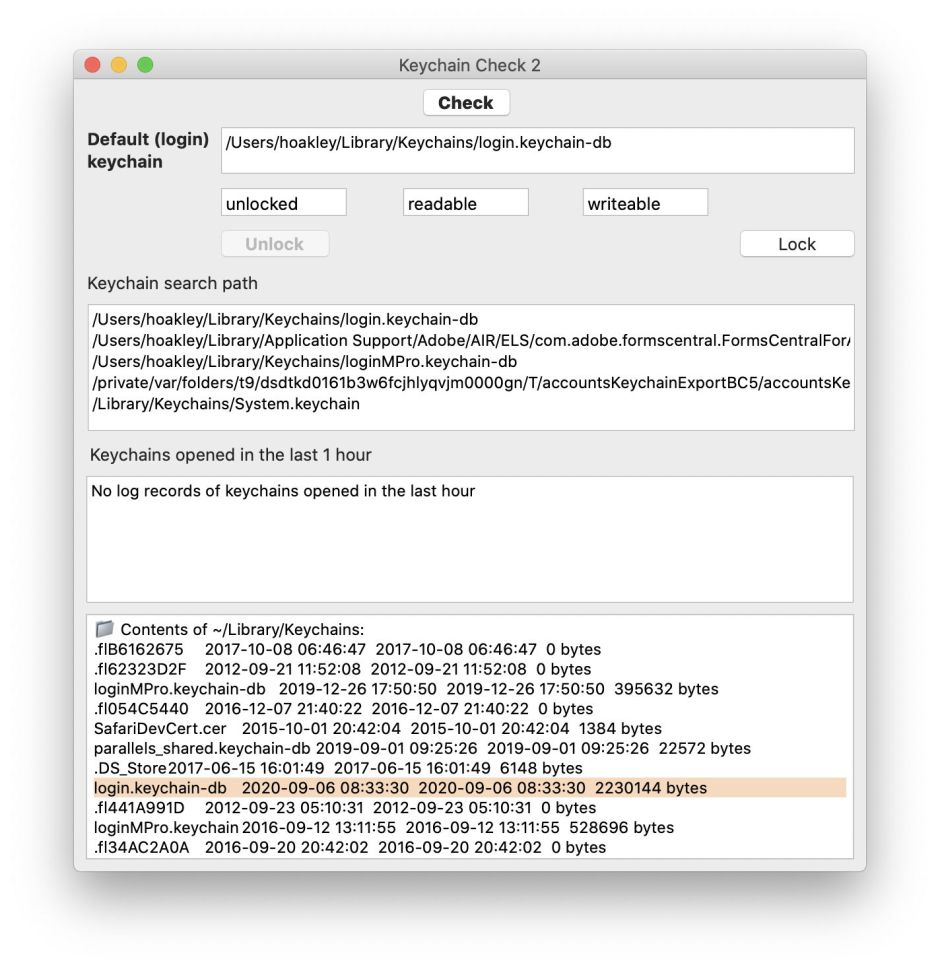 and here it has recorded a changed file date on the main login keychain file after toggling keychain sharing over iCloud.

KeychainCheck 2.0 is now available from here: keychaincheck2
from Downloads above, and from its Product Page.

I will leave the last Intel-only beta-release available from its Product Page, in case you encounter any problems with this Universal App version.

This will be the last version of KeychainCheck, as I will be rolling its features into my diagnostic toolbox Mints in the coming few weeks.