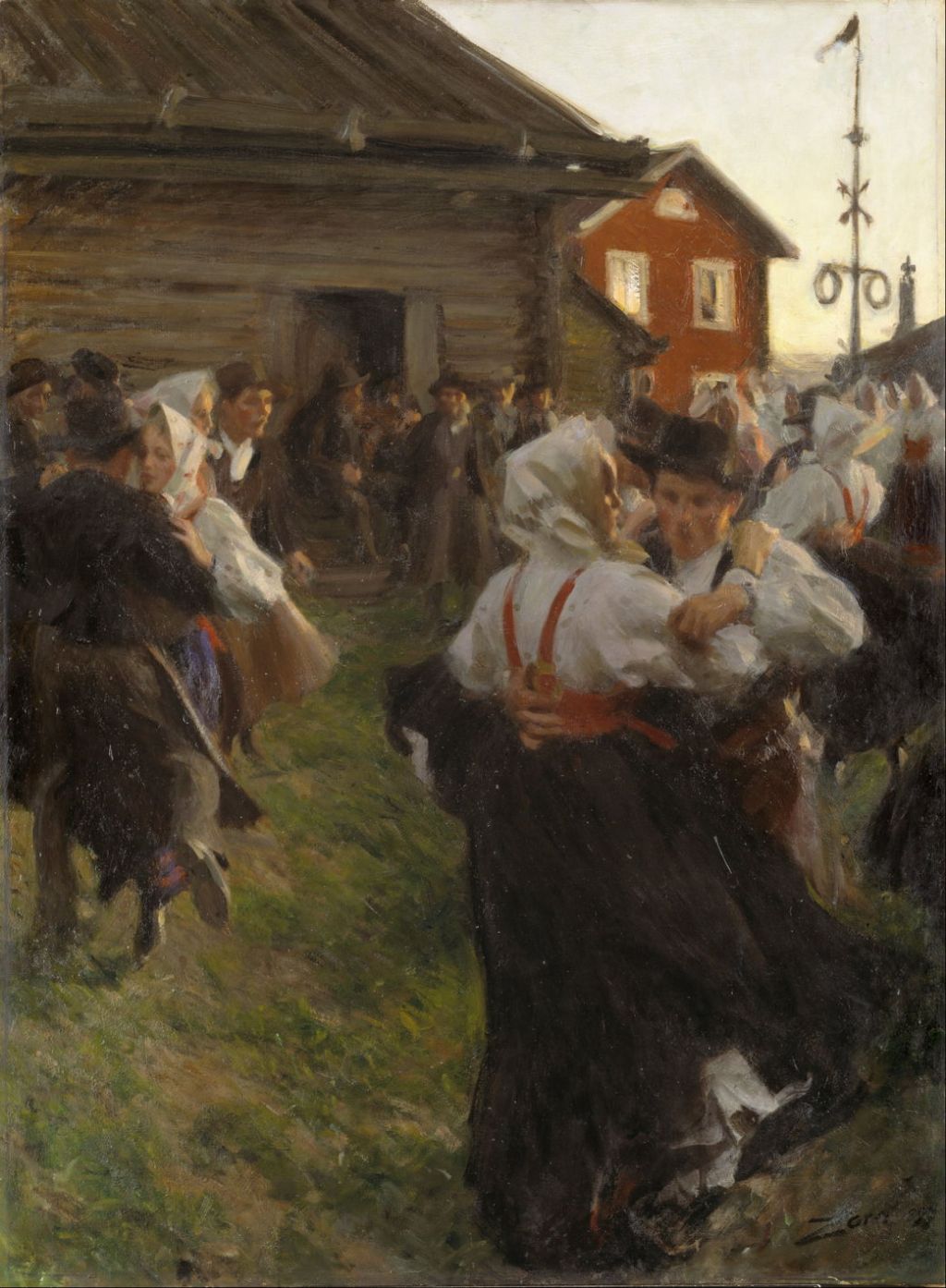 In the mid-1890s, Anders Zorn (1860–1920) had made a big impression in the USA, and had made friends with the eccentric patron Isabella Stewart Gardner, staying with the Gardners in their home in Boston, MA, and in the Palazzo Barbaro in Venice. With his wife Emma, he was entrepreneurial, and tried to encourage fellow Swedish artists to take part in an exhibition he organised in the US in 1895.

It was around this time that Zorn made a name for himself as a painter of nudes. Not the classical nudes who continued to adorn the canvases of academic paintings in the conservative Salons, but free spirits enjoying sunshine and countryside, painted au naturel and in a very painterly manner, as if sketched when out getting some fresh air.

He had in fact started painting these nudes during his summers at Dalarö in the Stockholm archipelago, probably beginning around 1887. They coincided with a more general movement among Nordic painters including Albert Edelfelt in Finland, and the Danish PS Krøyer who painted in Skagen each summer. Other artists concentrated on male nudes, a part of what became known as vitalism – these included Edvard Munch (Norwegian) and Eugène Jansson (Swedish) in his later years. Another important Swedish contemporary who engaged in these ‘friluft’ outdoor summertime activities was Carl Larsson, in the watercolours he painted of his family life.

Zorn had taken up etching when he was in Britain in 1882, apparently at the suggestion of another Swedish artist, Axel Herman Haig, who was known for his painstakingly detailed cityscapes. He paid little attention to etching until he was in Paris in 1890-91. He then translated two of his portraits into etchings, which he showed at the third exhibition of the Société des Peintres-Graveurs Français in April 1891.

During the 1890s, Zorn produced many fine etchings in his distinctive bold lined style. These include My Model and My Boat from 1894, which combines his friluft nude and the boat which he sailed around Dalarö in the summertime.

The Zorns continued to travel internationally. In 1895, his exhibition of Swedish art toured the USA, and he found time to visit London and meet Whistler there.

After the Bath (1895) is another of his delightful rosy-cheeked blondes out enjoying the combination of fresh air and salt water.

Zorn continued to paint more serious themes too. When other artists in Paris were passing social comment in their depictions of prostitution in the city, he painted Night Effect (1895). This working woman’s face and posture declare that she is drunk, swaggering unsteadily from one of the multitude of cafés. For the artist, it was as much about the city’s decadence as it was an exercise in coping with difficult light. What seems to have been an extemporised sketch was the result of a series of careful sketches and studies in graphite and oil, as he reconciled its unusual combination of electric and gas lighting.

In the summer of 1895, the Zorns started to plan for their future, which they saw as a more permanent base in Mora, Sweden, now adjacent to the Zorn Museum. They settled there the following summer, in a building of his own design which steadily grew and matured until it was completed in about 1910. The Zorns were off again in the autumn/fall for another visit to the USA before returning to Mora for the summer.

His major painting of 1897 was Midsummer Dance, capturing festivities in his home town, with women and men dancing in their uniform country dress. He then travelled to Finland and Russia, where he was both an exhibitor at and the commissioner for a Nordic art exhibition in Saint Petersburg.

When he was at Mora in 1897, Zorn made this etching of the other best-known Swedish painter of the time, Carl Larsson.

The year 1898 saw further travel and one of his most prestigious portraits, of King Oscar II of Sweden, before the Zorns packed their bags and sailed to New York, where he was to paint Grover Cleveland, the former President.

The Zorn Museum site; if you ever get a chance to visit this museum, it has a superb collection of his works, and much more.