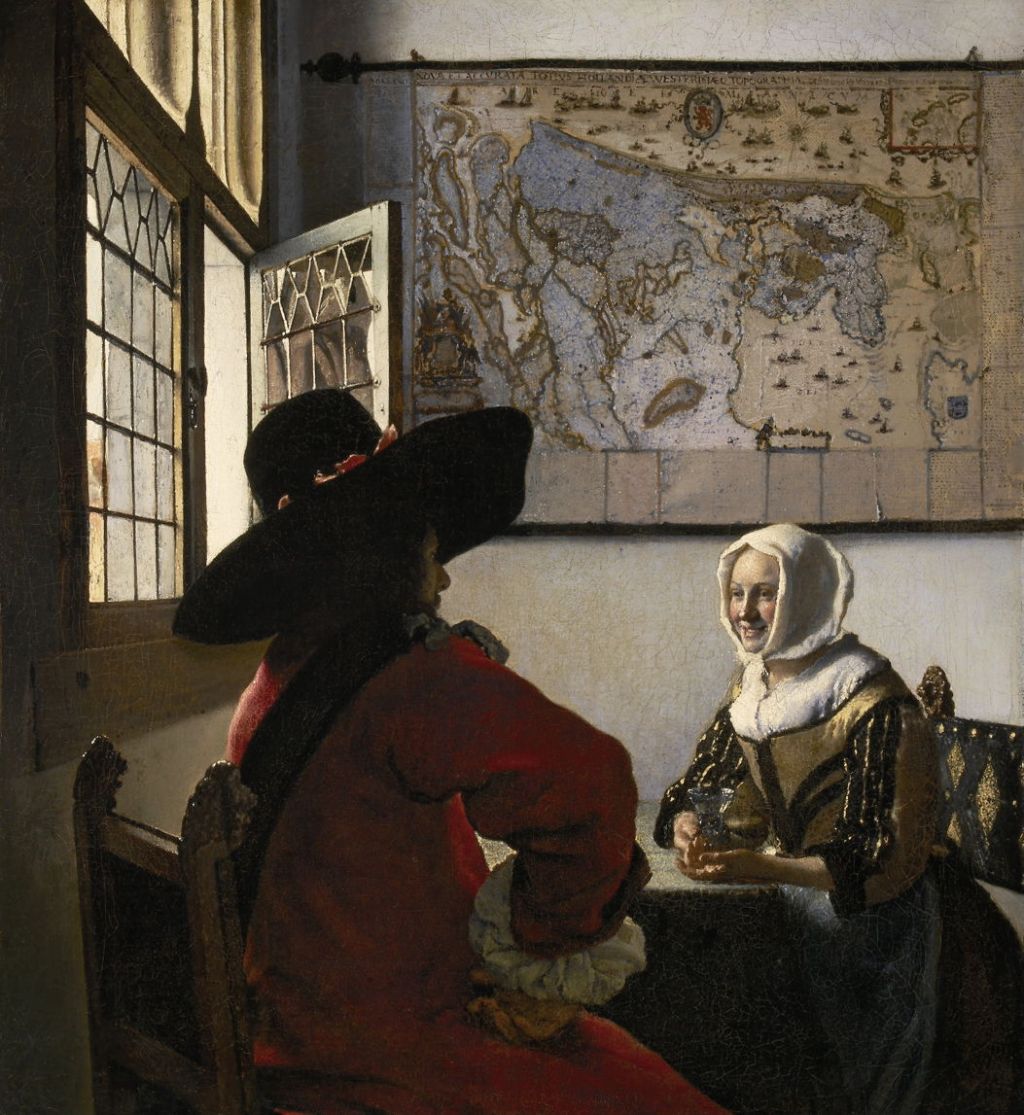 Laughter is in short supply at the moment, so I thought that this weekend I would share some in paintings. It has proved surprisingly difficult to get past mere smiles though: have you ever noticed how many figures in paintings look stern if not downright severe? Today and tomorrow I will try to bring a little merriment with faces that are so happy they have broken into a laugh.

The ancients weren’t much better. There were two Greek gods – or perhaps mere personifications – Gelos and Comus, the former translating into Latin as Risus, which lives on in the term risus sardonicus, the fixed ‘sardonic’ grin resulting from tetany of facial muscles, seen in tetanus and strychnine poisoning. I thought that might cheer you up.

If paintings are anything to go by, it wasn’t until the early seventeenth century that art started to show thoroughly good humour. Even then, it’s been interpreted as something of a racial slur. The African King in Jacob Jordaens’ Adoration of the Magi from about 1617 is clearly laughing with joy, but I’m told that this is to be read as the king’s lack of European manners.

For many, the canonical painting here must be Frans Hals’ famous portrait of The Laughing Cavalier from 1624. But I’m unconvinced that this is anything more than a slight smile, and that probably from smugness rather than anything deeper.

Thankfully, Hals didn’t find that sufficient, and went on to paint less socially restrained subjects, including Two Laughing Boys with a Mug of Beer (1626-27). This links laughter with alcohol, something I’ll try to avoid before we get overwhelmed in Dutch Golden Age paintings of drunken carousing.

Another artist who found laughter in life was the Spanish master Bartolomé Esteban Murillo, several of whose poor children seem to have found joy in the everyday. His Boy with a Dog from 1655-60 is typical: a poor young lad with an empty basket, his canine companion, and a big grin across his face.

Jan Vermeer’s laughter is a bit more subtle. In his Officer and Laughing Girl from about 1657, one of the treasures of the Frick Collection, we’re invited to speculate as to the relationship between this couple. Doesn’t that look like a slightly nervous laugh too?

We can rely on Sophie Gengembre Anderson to bring us back to better emotions in It’s Touch and Go to Laugh or No from 1857. This is set amid flowering heather in the Highlands of Scotland, although the figures were almost certainly painted in the studio. The young boy and girl are playing a game, in which he is trying to make her laugh by tickling her face with a stem of grass. The children who modelled for this were most probably the artist’s own.

Anderson’s undated seasonal painting of Christmas Time – Here’s The Gobbler! shows a proud boy carrying in a huge turkey destined for Christmas lunch, his face showing sheer joy at what was in prospect.

In 1866, Jules LeFebvre exhibited this painting of a Nymph and Bacchus at the Salon. The nymph has just killed a blackbird with her arrow, and is teasing a very young Bacchus with it. The herm at the right looks on and laughs.

It’s unusual to find one of Félicien Rops’s paintings too restrained, but his Farewell to Madness – Better to Laugh Than Be Destroyed With Tears from 1878-81 doesn’t quite break into the laughter which it promised.

Children’s laughter isn’t always innocent. Jean Geoffroy’s Snack Time, one of his first paintings of children, shows the pupils outside their primary school during a break, armed with their lunchboxes and baskets. The artist tells their stories using subtle hints including their clothes. A well-dressed girl in white is being harrassed by a smaller boy into surrendering some of her food. He wears rougher clothes but seems in control of the situation, as others watch on and laugh.

Join me tomorrow as we follow the mirth into the twentieth century.