It’s a question almost good enough for one of Saturday’s Mac riddles: where does every Mac tell its user that it’s still got a “hard disk”?

The answer is in Finder’s Preferences.

Neither my iMac Pro nor my MacBook Pro 16-inch have any option to come with an internal hard disk, or even a Fusion Drive for that matter. They’re SSD all the way through, yet open Finder’s Preferences, and in the General and Sidebar sections, the internal SSD or, as Apple prefers to call it elsewhere Flash Drive, is there referred to as a Hard disk. Really. Try this on your own Mac if you don’t believe me. And yes, this is Catalina 10.15.3, not Leopard 10.5. 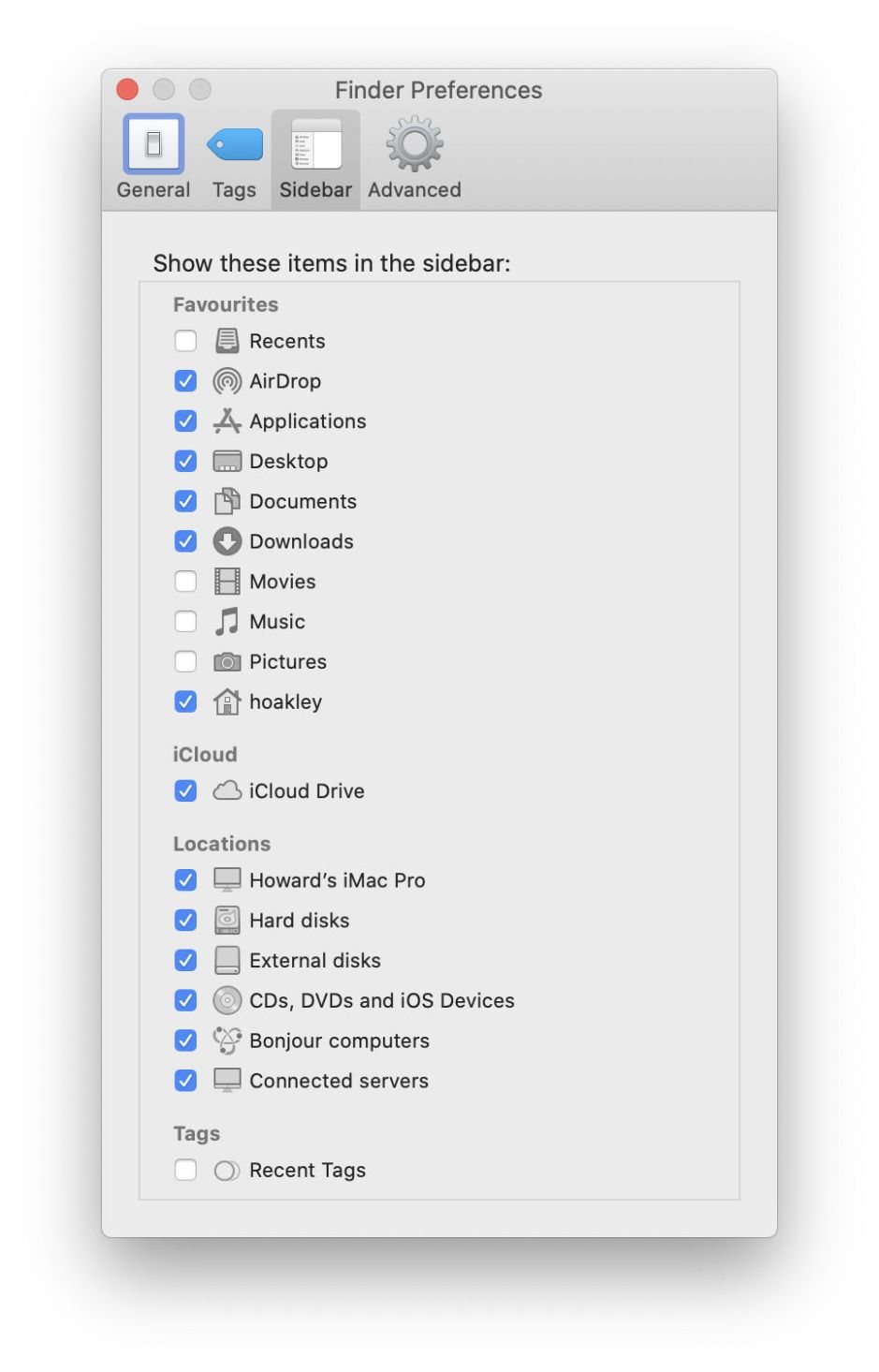 I find it quaint enough that Catalina’s new boot Volume Group still defaults to referring to its two sibling volumes as Macintosh HD and Macintosh HD - Data. We all know that HD stands for Hard Disk (or Drive), but just carry on in case something deep in the bowels of macOS can’t live without the ancient name.

Less entertaining and more irritating is the complete failure of Finder’s Show Preview Options in its View menu – a useful feature which simply doesn’t work on either of my Macs here, again running 10.15.3.

The idea is sound enough. Select a document of the type whose Finder preview you want to customise, such as a JPEG image. Use the Show Preview Options command to display controls over which items are listed below the QuickLook thumbnail. In this case, PDFs are set up to show just the basic file information in the preview, as shown in the example in this Finder window.

Maybe I’m doing something wrong here, but given the space that some of these metadata can occupy, it would be nice if this feature were to work. Perhaps it’s awaiting my hard disk to become available?

One last Finder bug in 10.15.3, which is possibly the longest-standing in the front end of macOS, is the column width bug, which I detailed here nearly five years ago. It first appeared in OS X Mavericks in 2013, if not before that. I’d love to know of its first recorded sighting, so we can start having an annual Finder Column Width Bug Day, to celebrate each year that it continues to infuriate users and waste their time.