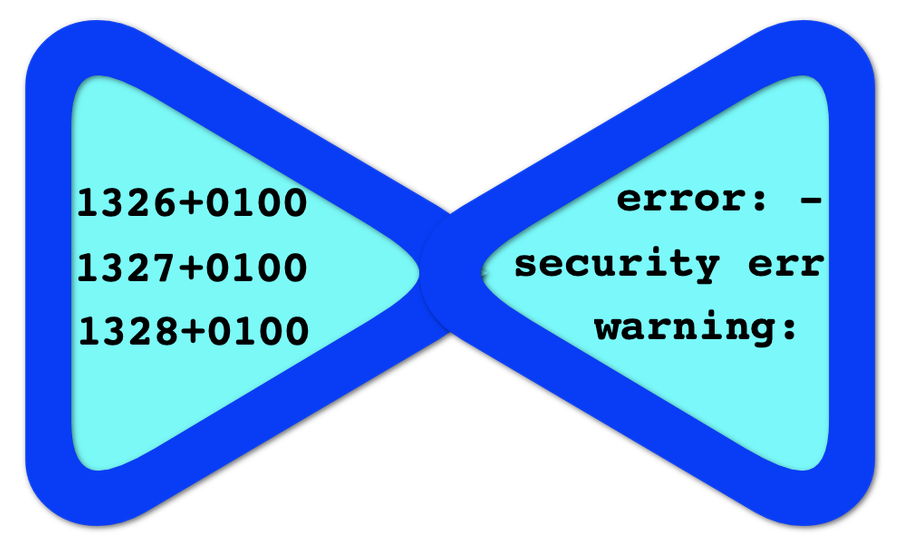 This new release of my free unified log browser fixes two significant bugs and adds a new feature, and is now intended to be feature-complete.

Version 1.0b3 adds the ability to convert log extracts to CSV format, so they can be saved as text files for importing into spreadsheets such as Numbers and Microsoft Excel, and into databases. In Consolation 3, this is a complicated feature which requires you to obtain the log extract in a format which is based on JSON before its Export feature is enabled.

Because Ulbow only works with JSON-format log extracts, this is now much simpler. Whenever you have a log extract that you want to export in CSV format, simply use the Convert to CSV command in the File menu. The whole log extract will then be converted to CSV and displayed in the window. Use the Save… or Save As… command to save this as a plain text file. Once you’ve done that, just set the extract back to one of Ulbow’s styles, using the Styles Combo box, and it returns to its normal styled format.

The two bugs fixed should only affect a small number of users.

The first is the bug in setting reference time using its DatePicker, which I have detailed here. This is addressed by making Ulbow’s window slightly wider, and giving the DatePicker control more width, so that it can display the AM/PM control when the system setting is not to use the 24-hour clock format. Thanks to bmike for reporting this curious bug.

The second is a bug in determining whether the current user is in the admin group, which erroneously failed if the user was a member of a very small number of groups. As this is an unusual situation, this again should have affected a small number of users. Thanks to Joe for reporting this.

As far as I am concerned, this first version of Ulbow is now feature-complete. If there are any other features which you think should be in its first release, please let me know as soon as possible. I would also urge you to get bug reports in as quickly as you can, as I’m keen to proceed to the first full release version once those issues are fixed.

Ulbow version 1.0b3 is now available from here: ulbow1b03
from Downloads above, from its Product Page, and through its auto-update feature.