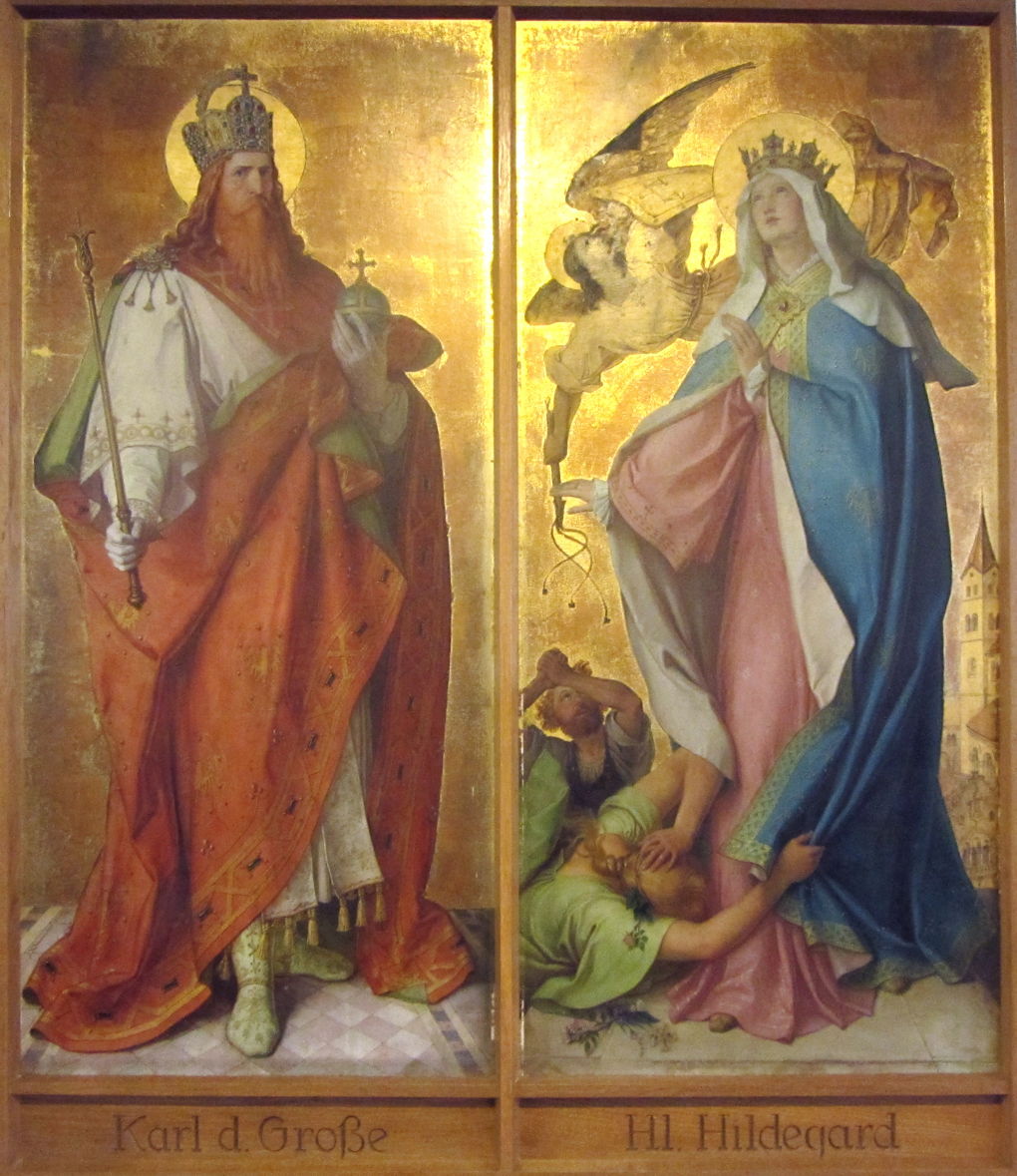 Next week, I start a new narrative series telling the story of Ariosto’s Orlando Furioso in paintings. I’ll be providing a full introduction to this major work of European literature, one of its longest epic poems, and the inspiration for many of Europe’s greatest artists ever since. This weekend I set the scene by looking at paintings of its period setting, the reign of Charlemagne.

In our headlong rush into the future, long periods of our past have become glossed over. What happened in Europe between the end of the Roman Empire and the Renaissance? To the modern mind, not a lot – after all, it was the Middle Ages. Of course, a great deal happened over that period of nearly a millenium, and for much of Europe the most important years were the reign of Charles the Great, Charlemagne, and its cultural advances, the Carolingian Renaissance.

Ariosto wrote his epic Orlando Furioso between about 1506 and 1532, using as his sources Carolingian legends such as the Chanson de Roland, with its origins in the late eighth century, Celtic or Arthurian legends which are of similar age, and classical Roman and Greek myth and legend from even earlier.

Charlemagne himself lived between about 747 and 814. So although it’s tempting to see Ariosto as writing about events not long before his time, his epic is based on history which happened about 700 years beforehand, although he was busy writing only 500 years ago. Ariosto is thus more recent relative to our time than Charlemagne was to Ariosto.

Charlemagne was, until the end of the nineteenth century, a towering figure in European history. He united much of western and central Europe in a way which hadn’t occurred since the Roman Empire, and didn’t really recur in peacetime until the Treaty of Rome in 1957, as shown in the map above. For that he is sometimes referred to as the Father of Europe. Charlemagne and others of the period, such as Charles Martel his grandfather, are also key figures in Dante’s Divine Comedy among the great leaders in heavenly Paradise.

Following the collapse of the Roman Empire, the mainland of Western Europe had dissolved into many kingdoms and was largely converted to Christianity. The ruling dynasty of the Franks were the Merovingians, but their power declined, and after 737 the Franks were governed by Charles Martel. Following him, there was a long battle for power between the last of the Merovingians and Martel’s descendants. With the death of his son Pepin in 768, power passed to Charles and his younger brother Carloman, Martel’s surviving grandsons.

The following year, there was an uprising of the Aquitanians and Gascons, but Carloman wouldn’t join Charles in action against the rebellion. Charles led his army to Bordeaux, where he subdued the rebels successfully. He then married for the first time, to a Lombard princess; less than a year later he repudiated her and married a thirteen year-old Swabian, Hildegard, in 771. At the end of that year, Carloman died and Charles became sole king of the Franks.

In 772, Pope Adrian I came under attack by the father of Charles’ first wife, and appealed to Charles for support. The king crossed the Alps and pursued the Lombards to Pavia, where he put them under seige. In the summer of 774, they surrendered to Charles, who was crowned King of the Lombards on 10 July that year. Two years later, there were small rebellions forcing Charles to return and secure the whole of northern Italy. He was unsuccessful in southern Italy, though, which remained independent of his growing empire.

The Zuccari brothers’ fresco from 1564-65 shows the scene as Charlemagne Confirms the Donation of Ravenna to the Church, one of his many acts which maintained good relations with the Pope.

In the nineteenth century, Claudius Jacquand painted this dramatic interpretation of the Coronation of Charlemagne King of the Lombards.

It’s perhaps this miniature from about 1334 which captures the reality of Charles’ conquests rather better.

Legends about Charles and his travels are often colourful, but usually unsupported by evidence. This miniature showing Charlemagne in Constantinople from about 1450 appears entirely fictitious, sadly.

Charles had more trouble with the Basques in the south-west of his kingdom. Moorish and Muladi representatives from the Iberian Peninsula – which was then under Muslim rule – obtained the king’s support and in 778 he led his armies across the Pyrenees to meet Moorish opposition at Saragossa. This proved his most difficult battle, and he was forced to retreat. As the rearguard of his armies passed through the Roncevaux (Roncesvalles) Pass in the Pyrenees, they were attacked by the Basques. Among the dead was the historical figure who forms the basis of the legend in the Chanson de Roland.

These two panels from Karl Baumeister’s polyptych of John the Baptist show Charlemagne and Hildegard, and were completed in 1895. Charles’ marriage to Hildegard brought them nine children, three of whom later became monarchs.

Charles enjoyed longer-term success in Spain: the Franks captured Barcelona in 797, lost it again two years later, but continued to push across, taking Tarragona in 809, and reaching the mouth of the River Ebro by 813.

In tomorrow’s article, I’ll consider the strange circumstances under which Charles became crowned emperor, suitably illustrated with paintings by a succession of Old Masters, and some from more recent times too.