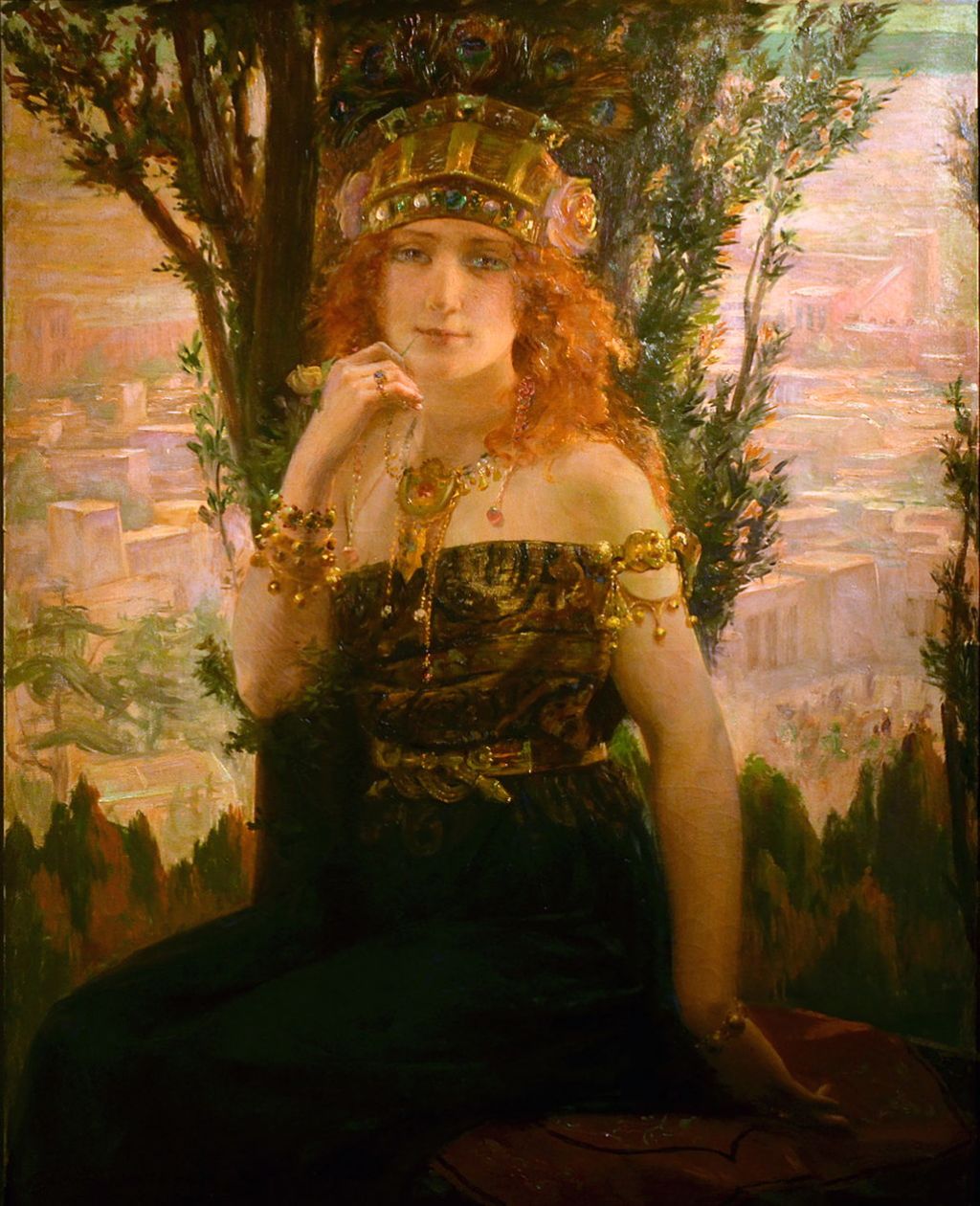 In yesterday’s article about the problem of depicting gems, precious metals and jewellery in paintings, I looked at some exceptional examples, particularly in the Wilton Diptych, and those of Rembrandt.

During the Dutch Golden Age, still lifes became extremely popular for the ‘cabinets’ of collectors. Among those were vanitas paintings, which paradoxically expressed the futility of worldly possessions and matters temporal. Jewellery became favourite objects in these vanitas still lifes.

Evert Collier’s A Vanitas from 1669 includes a small collection of jewellery with gemstones. These are painted thoroughly proficiently, but lack the innovative techniques used only a few years earlier by Rembrandt. They sparkle quietly, but don’t glitter, which may only be appropriate in the circumstances.

Portraits were even more of a problem.

Girodet’s magnificent Portrait of Hortense de Beauharnais, Queen of Holland from 1805-09 shows the queen wearing jewellery which has been carefully chosen so as not to distract the viewer from her majesty.

Franz Xaver Winterhalter’s authoritative portrait of Queen Victoria in her coronation robes in 1859 features a lavish selection from the British crown jewels. But had he wanted to, the artist couldn’t have lit this scene to get the best from the many ‘sparklers’, and the finely detailed academic style makes impasto gestures inconceivable. As a result, the queen isn’t upstaged by her jewellery (detail below).

If there’s one theme which became popular during the late nineteenth century which cried out for the dazzling depiction of jewellery, it’s the femme fatale.

Gustave Moreau’s first watercolour painting of The Apparition has sadly faded now, but watercolour is an even more challenging medium in which to capture lifelike gems and precious metals. When he came to paint this slightly later oil version, also in 1876-77, Salome’s exuberant and alluring jewellery doesn’t compete with its vision of the severed head of John the Baptist, complete with oozing blood and dazzling aura.

When Gaston Bussière dressed Helen of Troy (1895) in abundant jewellery, he seems to have wanted her to be a flashy femme fatale, more typical of a courtesan rather than the head of court. He was also constrained by his adherence to academic style, with a smooth paint surface which forbad any painterly impasto.

Gustav Klimt’s approach was influenced by his decorative experience. He returned to using gold leaf, in what therefore became known as his Golden Phase. This rather earlier painting of Judith I from 1901 shows the beautiful widow who seduced the Israelites’ enemy general Holofernes and proved very femme fatale when she lopped off his head. As if to emphasise her own neck, Klimt puts a broad gold choker around her neck and studs it with gems. These are echoed in a golden belt at the foot of the painting.

Of all these more modern depictions of gems and jewellery, I think the most effective has been accomplished in the last medium which I’d choose to attempt this task. The boat in Odilon Redon’s pastel painting La Voile jaune (The Yellow Sail) from about 1905 is filled with a cargo of gemstones which really do shine out at the world brilliantly. Redon was able to use his pastels to similar effect in paintings of sunlight pouring through the stained glass windows of churches.

I’m more puzzled by Franz von Stuck’s painting of Salome from 1906, one of many made during the wave of Salomania which followed the rewriting of the original post-Biblical story initiated by Moreau and Oscar Wilde’s play. Here her jewellery, although profuse, appears dull and not reflective, and it’s the background which sparkles.

My small selection ends with another of Klimt’s lavish and sensual paintings of beautiful women, this time his first Portrait of Adele Bloch-Bauer from the height of his Golden Phase in 1907.

In this his most extreme and startling work, most of the canvas is encrusted with gold and silver. Its decorative patterns include symbols of eyes, flowers, whorls, ellipses divided into halves, and rich textures worked into the gold leaf. In the midst of this glittering metal, only the head, upper chest, forearms and hands are painted in oils. Around her neck she wears a silver choker reminiscent of Judith’s, and bangles adorn her left arm. Each is studded with gemstones.

Marvellous though these are, I can’t see a painting in these four centuries which comes close to those of Rembrandt. To try, you need to get the right lighting, contrast, gestural highlights in impasto – and, perhaps most of all, to be Rembrandt.