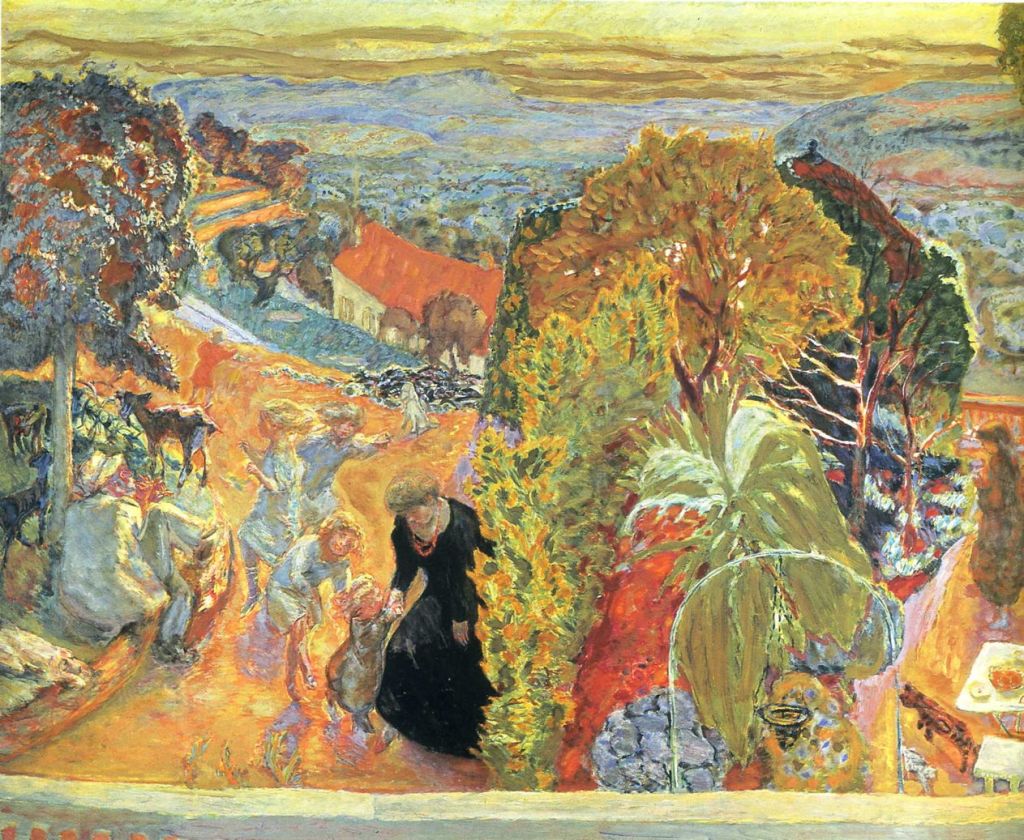 Today, Pierre Bonnard is probably most famous for his paintings of women, particularly those of Marthe in the bath, which I surveyed last week. Throughout his career, even from the years before he met Marthe, he was an avid landscape painter. In researching this series, I have been amazed at the many landscapes which he painted, not just in his later years at Le Cannet, but throughout the period that he worked primarily in the north of France.

Bonnard started painting as a resident in central Paris, and maintained a flat and studio there into his late years. He travelled extensively, though, and in the early twentieth century started to migrate slowly to the south of France, settling in the small town of Le Cannet. In this small selection of some of his finest landscapes, I give simply the title, year, and approximate location of the view.

I hope that you enjoy this unusual overview of more than fifty years of his work, which demonstrates how his style evolved, but confirms how little his paintings really changed, in comparison to the huge changes which took place in art over this period.

The Terrace at Grasse, 1912, Grasse, inland of Cannes, south-eastern France.

Blue Seine at Vernon, 1912, Vernon, near Giverny, north-west of Paris.

The Garden at Vernonnet, 1915, Vernon, near Giverny, north-west of Paris.

House by the Path on the Cliff, 1918, probably northern France.

The Riviera, about 1923, southern France.

Landscape with Mountains, 1924, location not known.