Although support for the new HEIF/HEIC image and HEVC movie formats seems all but missing from High Sierra, the first third-party tools to work with these highly efficient compressors are now becoming available. Here are some initial impressions of them, aimed mainly at still image conversion.

Currently, there is one free and open source tool which can write HEIF/HEIC images reliably: ffmpeg. Although very powerful, it is also relatively complex to install and use, as you normally run it from the command line. Alex Karahalios has provided a free and unsupported shell and Automator script which packages this with writerapp, to convert images to HEIF/HEIC format, which is available here.

If you’re running High Sierra, you will have discovered that Apple’s and third party tools currently only support the display of HEIF/HEIC images, if that. For example, Preview does not offer HEIF/HEIC as an export format. You can use Preview (in High Sierra only, of course) to convert from HEIF/HEIC to other common image formats, such as JPEG, PNG and TIFF, by opening the HEIC file in Preview then using the Export command in the File menu.

HEIC Converter to JPEG or PNG, free from the App Store but for High Sierra only, also converts from HEIF/HEIC to either JPEG or PNG. As Preview already does that and a bit more, it is of limited value.

Image2HEIF, which costs £2.99 from the App Store, is a useful tool for converting from JPEG or PNG to HEIF/HEIC. It uses ffmpeg and writerapp to accomplish the conversion, so runs on High Sierra, Sierra, and older versions of macOS. Its interface is fairly basic at present, but it seems to do the job well enough, with a simple slider to determine image quality.

iMazing HEIC Converter, free from the App Store, is based on ffmpeg; however, I couldn’t get it to do anything by way of conversion, so perhaps I misunderstood it.

If you’re running High Sierra, try Image2HEIF to create your HEIF/HEIC images by transcoding from JPEG or PNG, and use Preview (or HEIC Converter to JPEG or PNG) to transcode them back to JPEG or PNG.

If you’re wanting to convert images on Sierra, Image2HEIF will convert, but there doesn’t yet appear to be any way of getting back from HEIF/HEIC.

There are several options for transcoding to and from HEVC, of which I have looked at two. 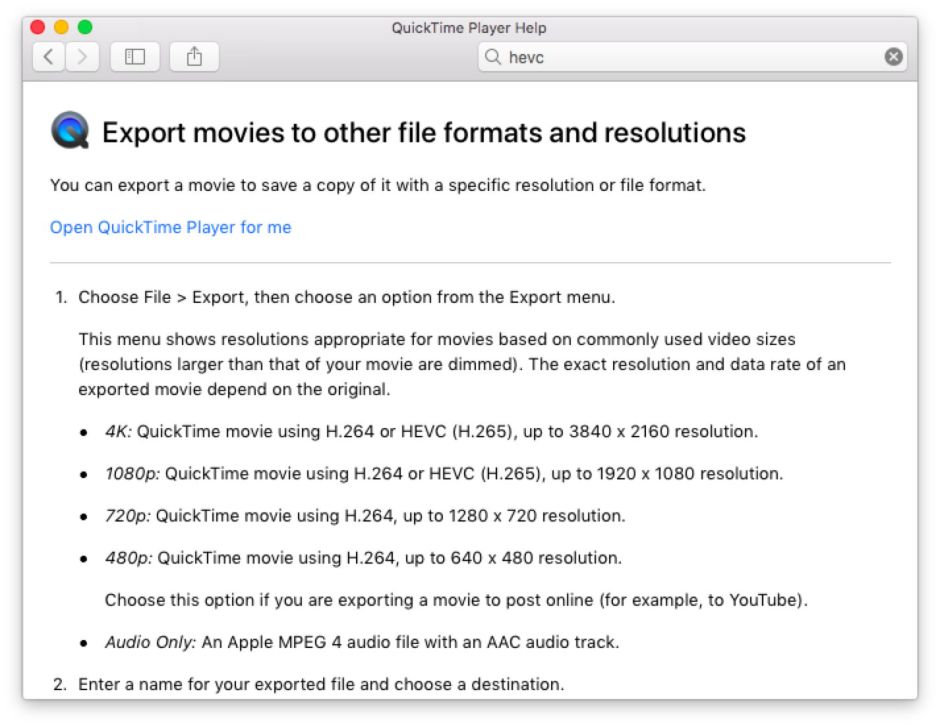 QuickTime Player (in High Sierra only) will convert to and from a limited range of HEVC movie formats; if your built-in camera/display has sufficient resolution, it also offers camera or screen movie capture to HEVC. Current options and controls are rudimentary to say the least, but should be sufficient for a first look. 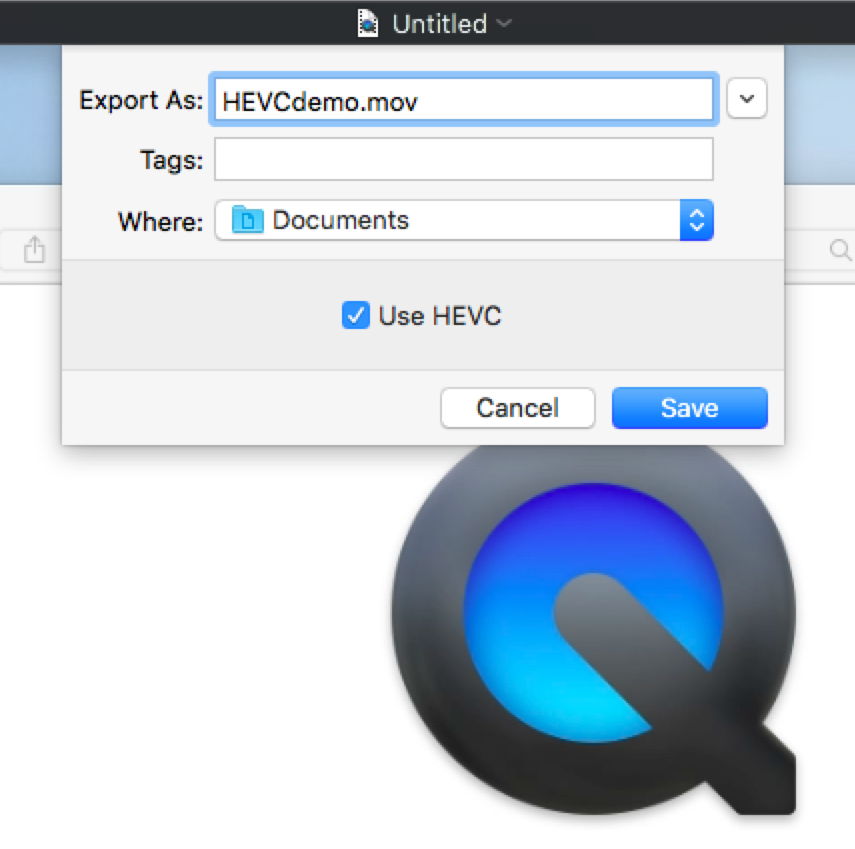 Half, which costs £9.99 from the App Store but is for High Sierra only, performs H.264 to HEVC movie transcoding, and could be useful for those with mixed Sierra and High Sierra systems. It works without hardware support, and seems rather slower than QuickTime Player, but I have not used it much.

Are they worth it?

I don’t have sufficient test material from movie transcoding to make any worthwhile comment other than your mileage will vary with movies, according to their content, duration, etc. I found one example of a 1080p movie which increased slightly in size when transcoded to HEVC, so you will need to be cautious.

Still images are a different matter. One example is a 2736 x 3648 pixel Camera RAW file which was originally 16.4 MB, and converted to a 100% quality JPEG at 7.5 MB. High quality HEIC is only 3 MB, medium quality 1.5 MB, and low quality just 666 KB. The 100% JPEG, and HEIC and PNG of the low quality HEIF-compressed image are available for download here: heiftest

Looking carefully at HEIF-compressed images across a range of compression ratios (using the ffmpeg codec in Image2HEIF), there seems to be remarkably little loss of detail as a result of HEIF compression, but significant desaturation (which could result from colour space glitches). Compare the example JPEG and PNG and see what you think.

For someone who needs to keep working copies of large numbers of images, moderately-compressed HEIC versions could result in significant saving in storage with little difference in quality from another compressed format, such as a high-quality JPEG. I think this is worth evaluating further, as the tools and codecs mature.

But however good HEIF/HEIC might be, we need good support in High Sierra, and good tools to be able to realise its potential.