The crucial role of the Mac in the ‘desktop publishing revolution’ has been all but forgotten. In the late 1980s, armed with a Mac, a LaserWriter printer, Aldus PageMaker and Freehand, anyone with a little design flair could pump out pages as fast as they could lay them up. Most were exciting but execrable.

At that time, more heavyweight publishing, in academic journals and books, usually used a typesetting language developed and placed in the public domain by Professor Donald Knuth: TeX, together with its more packaged descendant LaTeX, and Metafont, a font description language which preceded PostScript by several years.

Since then, print publishing has been largely supplanted by online publishing, and the visual tools of ‘desktop publishing’ have been replaced by markup languages, most notably HTML. Authors who had previously used WYSIWYG editors have come to prefer minimalist tools using simplified markup such as markdown, and innumerable blogs are now written in a subset of HTML for publication using WordPress.

While popular publishing has gone full circle, back to markup and stylesheets, TeX and LaTeX have not only refused to die, but have continued to flourish in more technical fields such as maths and physics. The distance between modern online publishing and traditional LaTeX-based publishing has become remarkably small, and recently all but vanished.

Instead of emboldening with <b> </b> in HTML, LaTeX does the job with \textbf{ }. Ordered lists are made with \begin{enumerate} \item \end{enumerate} instead of HTML’s <ol> <li> </li> </ol>. For the content author, these are differences in markup vocabulary. Given good editing tools, it makes relatively little difference whether you’re generating HTML or LaTeX. 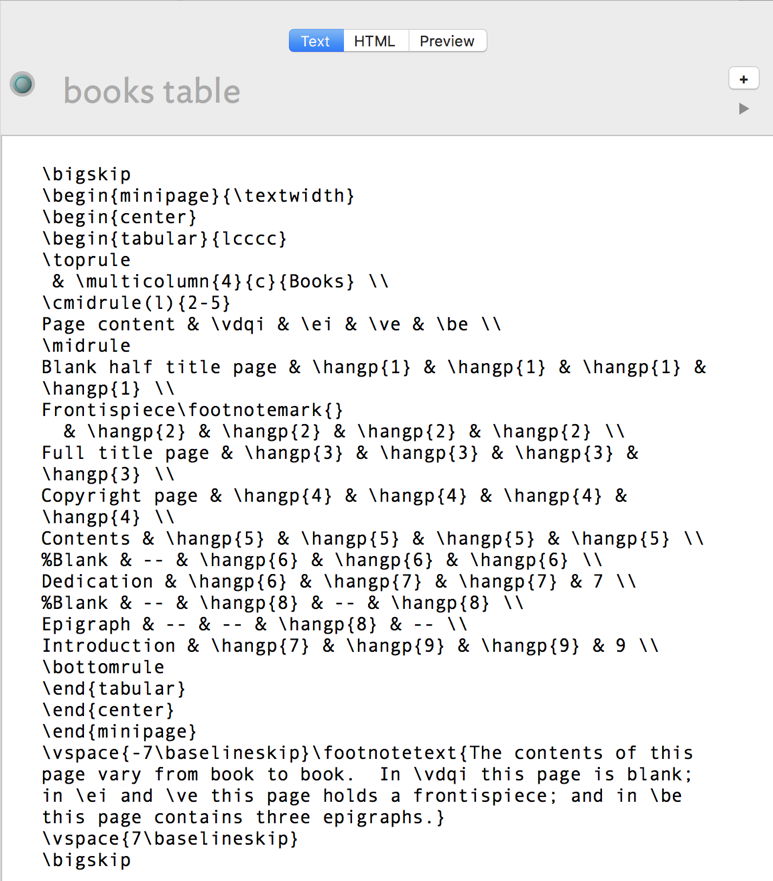 There are much greater differences in the rendered end result. 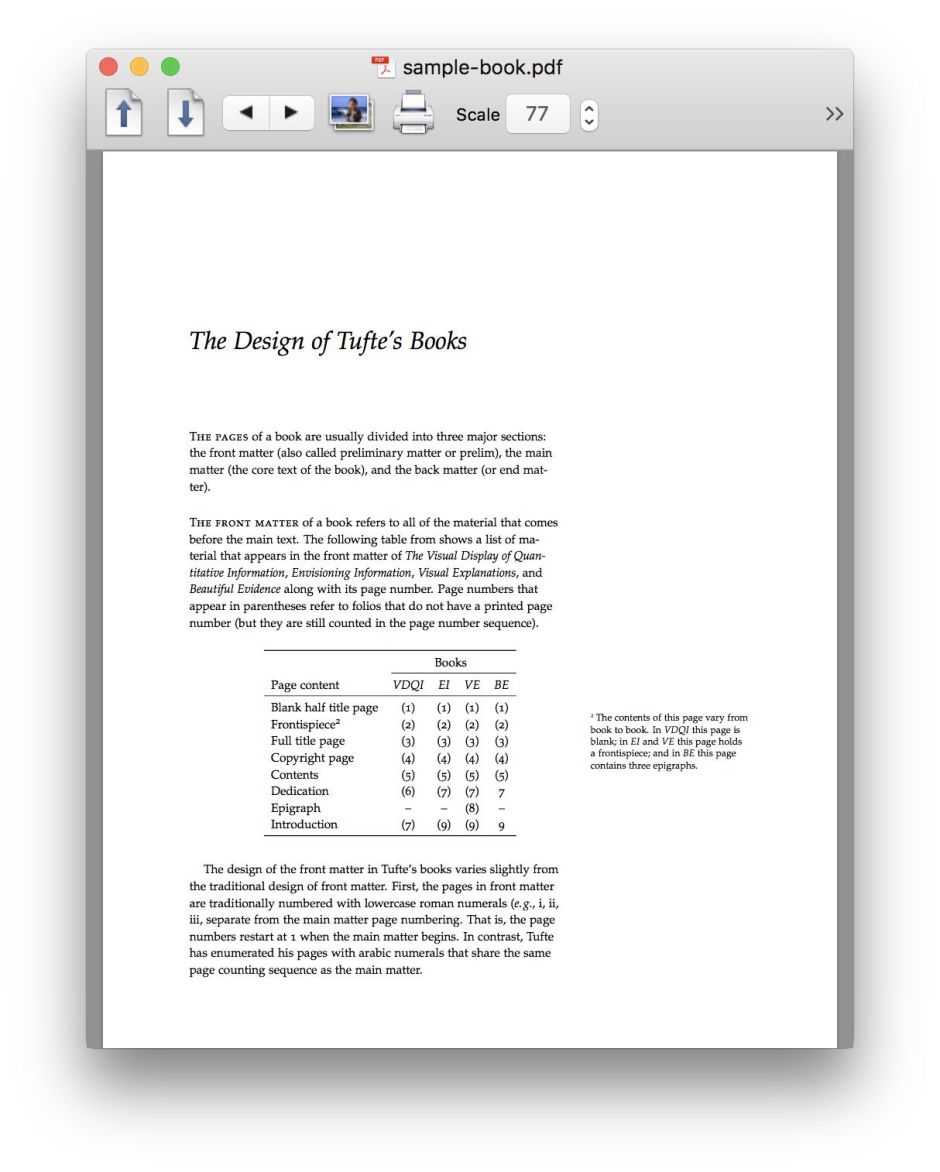 HTML ultimately leaves it to the browser to decide how each page will look, so the control available to the stylesheet designer is limited. Being rendered into PDF ensures much greater control and consistency for LaTeX, so that even the most incompetent of authors can be assured of creating documents which look really good – and there remains a distinctive frisson to all LaTeX documents. It actually takes a lot of skill to mutilate a LaTeX document to the state of many web pages, or some of the grimmer examples of ham DTP.

Many of the document features which are most problematic in HTML are strengths in LaTeX: books with hundreds of pages, automatic generation of tables of contents and indexes, references, footnotes, sidenotes and endnotes, formulae and equations, typography, layout constraints, and more.

The most paradoxical differences between authoring in HTML and LaTeX are in writing environment: most bloggers, and many others writing webpage content, now prefer simplified or minimalist text-based environments, rather than complex WYSIWYG editors. On the other hand, LaTeX is just gaining its first live-rendering WYSIWYG graphical editor, in Karl Traunmüller’s Compositor, now available in pre-release form.

If you like the idea of authoring, designing, and/or publishing in an environment in which document design, typography, and visual quality remain paramount, there is no better time to look at LaTeX. Most good text editors offer bespoke environments for those who prefer to work with direct markup, and later this year Compositor promises its unique alternative.

As one of the first major open-source projects, the vast majority of LaTeX stylesheets, tools, and apps are completely free, and the TeX Users’ Group (TUG) maintains a superb easily-installed distribution for the Mac.

What better way to create documents whose appearance truly reflects the quality of their content.