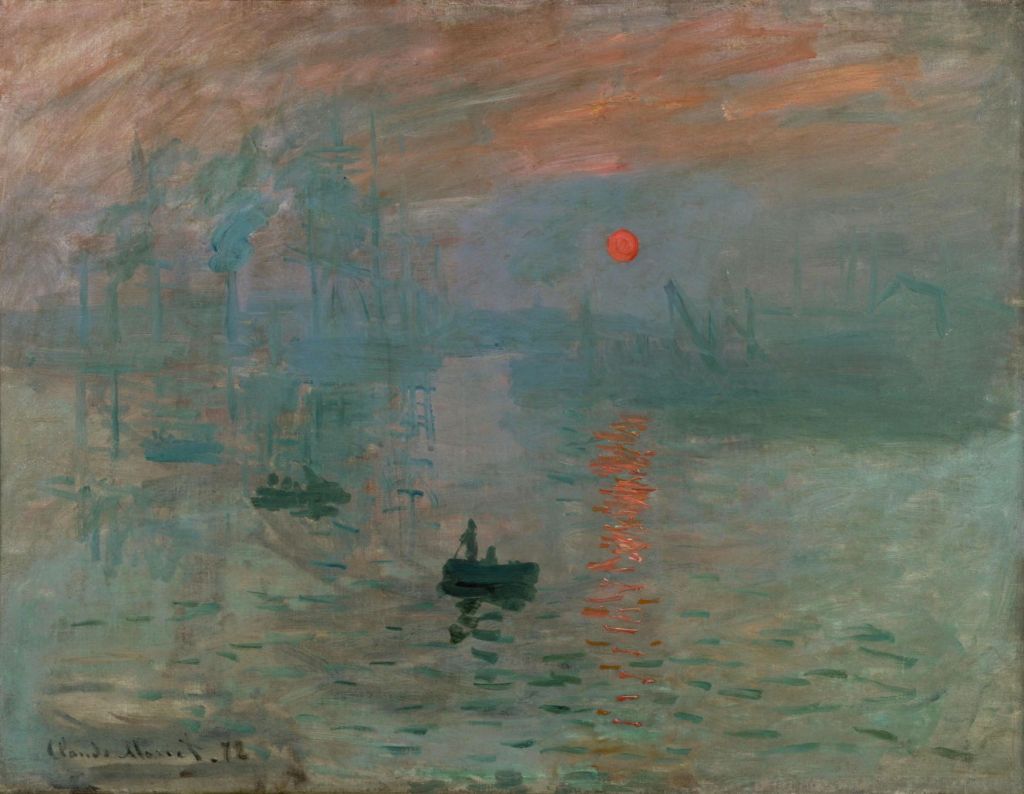 The history of Impressionism starts in 1667, with the first exhibition at the Salon Carré in Paris of the Académie Royale de Peinture et de Sculpture. By 1748, those exhibitions had come to define European painting. By the middle of the nineteenth century they had resulted in the revolt leading to an unusual sideshow in an empty photographer’s studio, which opened on 15 April 1874, and became known as the First Impressionist Exhibition. Nearly forty years before the Armory Show in New York, 165 works by thirty artists transformed painting.

This new series looks at those who exhibited their work in Nadar’s empty studio in April 1874, and those who should have but didn’t.

Of the thirty artists, seven achieved fame to the point where they’re almost household names: Claude Monet, who showed 12 works, is now by far the most famous. Pierre-Auguste Renoir (7 works), Edgar Degas (10), Camille Pissarro (5), Paul Cézanne (3), Berthe Morisot (9), and even Alfred Sisley (5) are widely known, and their works sought after by collectors around the world.

There were notable absences too. Frédéric Bazille had been killed in the Franco-Prussian War in 1870, and his promising figurative paintings have been all but forgotten. Johan Barthold Jongkind, whose career had already entered decline, turned down his invitation, and the founder Édouard Manet was also absent.

More remarkable are those who exhibited but have since vanished. They included (with the number of their works exhibited):

At that time, Eugène Boudin was an established landscape painter who had persuaded Monet to become an artist, and taught him how to paint en plein air. He exhibited a painting of the promontory of Le Toulinguet at Camaret in Brittany, where he painted each year between 1870 and 1873. That’s likely to have been either of the two works below.

He also painted scenes of local people and their activities along the northern coast, such as this Fishermen’s Wives at the Seaside (1872).

During the 1870s, Johan Barthold Jongkind painted in both Paris and the Netherlands, apparently spending more of the winters in the latter, where he painted Canal in Holland in Winter (above) in 1873. He first visited the Dauphiné region of France that year, and returned there repeatedly afterwards. Tragically, he was slowly succumbing to bouts of depression and heavy drinking, but in 1874 painted Houses along a Canal near Crooswijk (below).

Claude Monet seems to have fallen in love with The Railway Bridge at Argenteuil, shown here in 1873. At this time, he was a regular commuter: when he, Camille and his son moved out to Argenteuil at the end of 1871, he travelled the short distance into the centre of Paris by train.

In 1872, Claude Monet painted the view which gave rise to the movement’s name, Impression, Sunrise. This appears to be a brisk oil sketch of fog and the rising sun in Monet’s home port of Le Havre, on the Channel coast. It’s one of his series depicting the port at different times and in varying lights, and was exhibited in the First Impressionist Exhibition, where its name became that of the whole movement and its distinctive style.

Pierre-Auguste Renoir had been accompanying Monet in painting local landscapes. This highly chromatic view of The Duck Pond (1873) at a farm near Argenteuil proved a seminal work in the development of Impressionism. It was in Renoir’s studio that the Impressionists formed the Société Anonyme des Artistes in late 1873, with the intention of holding their first exhibition the following Spring.

Berthe Morisot had previously exhibited regularly at the Salon, and was a close friend of Édouard Manet. One of her nine paintings exhibited in April 1874 was The Cradle (1872). Just before Christmas 1874 she married Édouard’s brother Eugène, and four years later she had her own daughter Julie in a cradle.

Some of those who are now forgotten showed similar promise. Stanislas Lépine had been a pupil of Camille Corot alongside Eugène Boudin and Camille Pissarro, and painted fine views of the River Seine, as well as these Nuns and Schoolgirls in the Tuileries Gardens, Paris (1871-3). Although this is now one of three of his paintings in the National Gallery’s collection in London, I doubt very much whether you’ll ever see any of them on display there.

In the coming weeks I’ll look at the artists who exhibited in Nadar’s studio in April 1874, and some of those who might have, and consider why some made it and others didn’t.