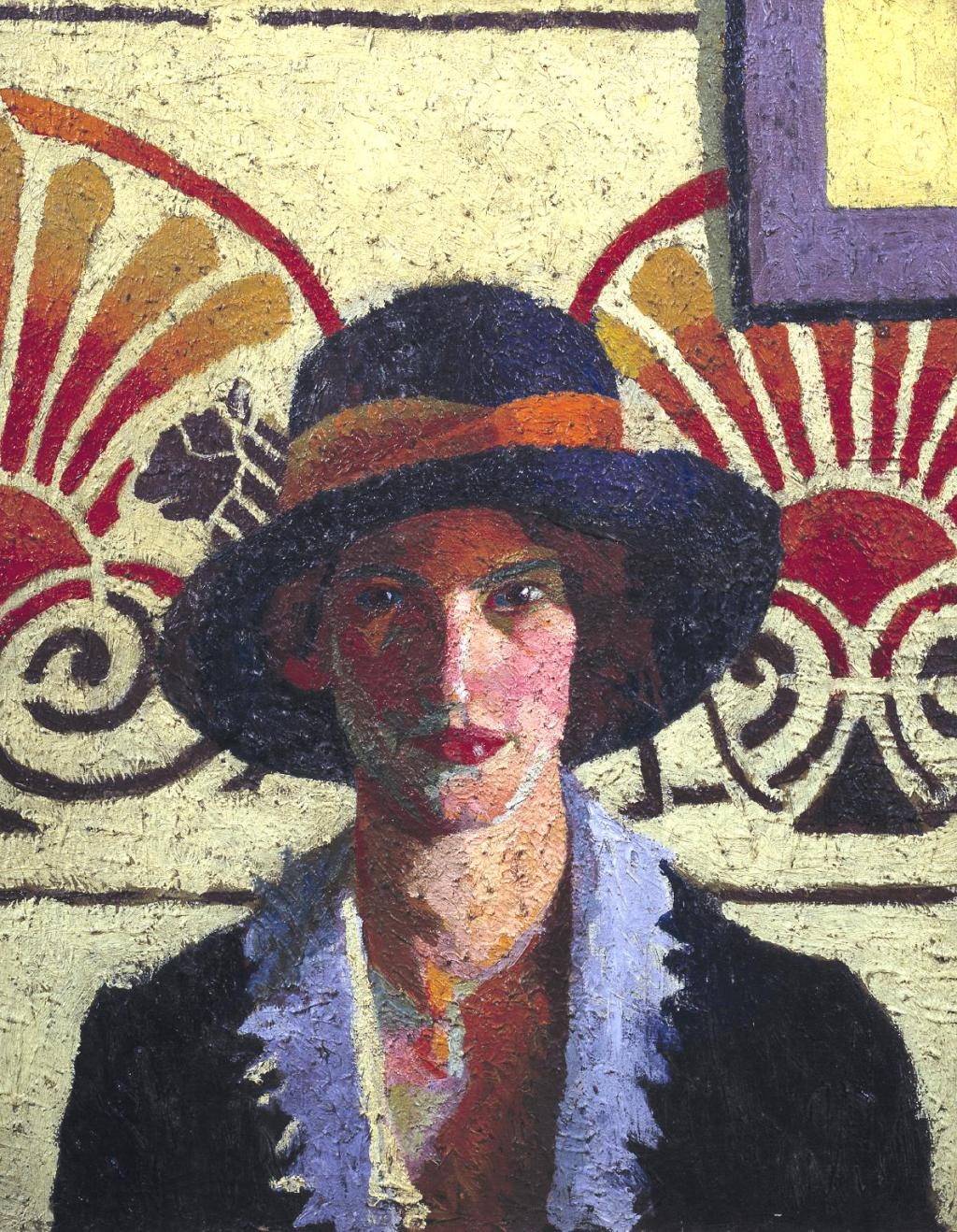 Some of the once-prolific artists in the Camden Town Group have all but vanished today. Among them is Malcolm Drummond (1880–1945), who was a relative late-comer to painting.

Drummond was the son of a vicar, and was brought up at Boyne Hill, near Maidenhead, some 25 miles to the west of London. He read history at Oxford University, graduating in 1902, and started a career managing Lord Feversham’s estate in Yorkshire. The following year he decided to abandon that in favour of painting, and studied for four years at the Slade School in London. He went on to be taught by Walter Sickert, first at the Westminster School of Art, then as one of the first pupils at Sickert’s new art school at Rowlandson House.

Drummond painted this detail of his family home in Boyne Hill Vicarage, Maidenhead in about 1910. Although carefully projected and architecturally correct, his overriding concerns here are colour and texture.

That year Drummond exhibited at the Allied Artists’ Association, then joined Sickert’s Fitzroy Street Group, where he soon made friends with Spencer Gore, Charles Ginner and Robert Bevan. When they formed the Camden Town Group in 1911, Drummond was an obvious choice. When that evolved into the London Group in 1913, he was one of its founder members, and exhibited with the group until his retirement in 1932.

He painted this Girl with Palmettes in about 1914, when he was influenced by high chroma Post-Impressionist style. This is thought to show his wife Zina (1887-1931), who was an accomplished artist and a concert pianist, who performed at London’s Wigmore Hall. The palmettes of the title are the stylised palm leaves in the background.

He continued his architectural explorations with Backs of Houses, Chelsea (1914), with its almost unnaturally brilliant colours and unusual sky.

London Roofs from about 1914 is a more detailed graphite drawing of a rooftop view dominated by chimney pots and trees.

Drummond also painted some interiors, including this of The Princess of Wales Pub, Trafalgar Square: Mrs. Francis behind the Bar, from much later in his career, about 1931. This pub is still open, and is at 27 Villiers Street, just off Trafalgar Square, and not far from the National Gallery. It’s named after the first wife of George IV, who married in secret, thus never became his queen.

I also have two undated drawings of his.

Dancing Couples appears to be a sketch with colour notes for a painting of a popular theme among others in the Camden Town Group. Drummond painted several dances at the Hammersmith Palais around 1920, and this may have been a study for one of those.

The Orangery, Kew Gardens is a pen and ink drawing of one of the buildings in Kew Gardens, London’s botanical gardens in Richmond, Surrey. This was built in the eighteenth century, is best-known for its huge arched windows, and now houses a restaurant.

Drummond taught at the Westminster School of Art until the death of his wife Zina in 1931, when he returned to the Berkshire countryside of his childhood. His sight started to fail in 1937, and he became completely blind by 1942. He died just after the end of the Second World War in 1945.