Last Saturday, in my explanations about numbers on computers, I wrote that, unlike mathematical numbers, Double (64-bit) floating-point numbers on computers aren’t infinite, but are spread very unevenly. Here I show just how uneven that is, and its effect on the numbers that your computer calculates with.

Perhaps the easier of my two graphs to understand is that showing the density of Double values. 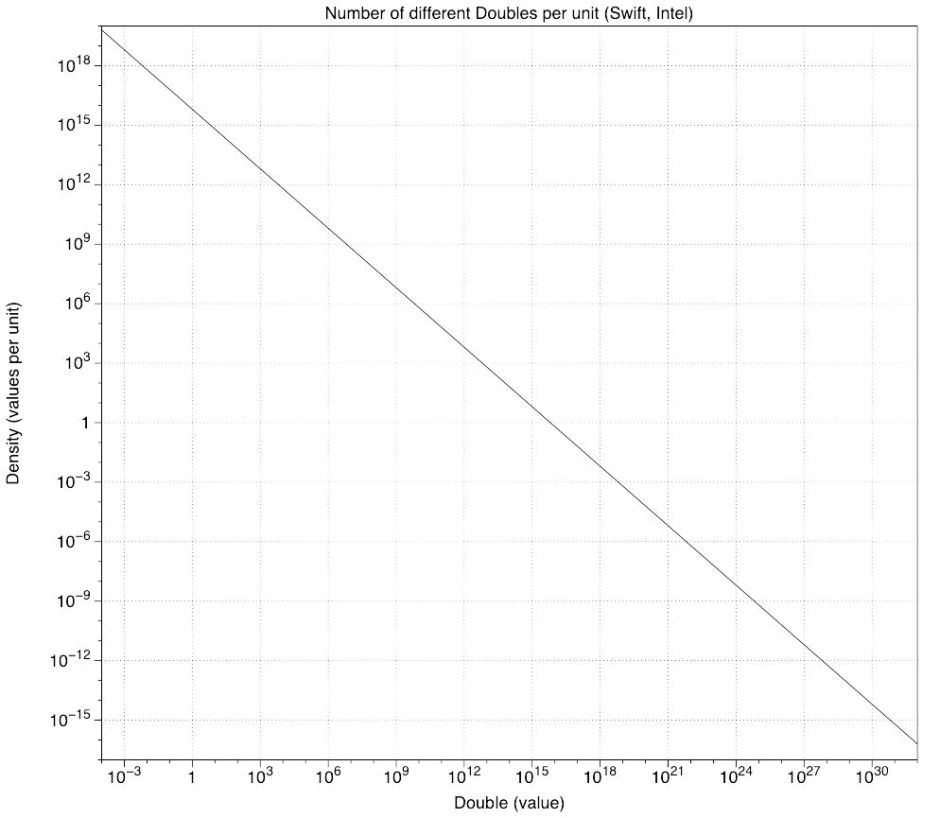 Both axes on this are logarithmic, for reasons which become obvious when you look at the values. Along the X (horizontal) axis are Double values ranging from 0.0001 up to 1.0 x 10^32 – that’s 1 followed by 32 noughts, which is far larger than even Apple’s annual revenue. On the Y axis (vertical) are the number of different Double numbers for each unit, that’s 1.0.

Negative Doubles behave as in mirror images of these graphs: the closer they towards 0.0, the more there are, and the smaller their difference. The more negative they become, the fewer there are of them.