There’s a small selection of tools available which work with Time Machine, supplement it, or replace it altogether. Here are those which I have been able to discover: if you have a favourite which isn’t listed here, please let me know so that I can add it.

Currently the best and only complete app which lets you schedule Time Machine backups when you want them is TimeMachineEditor, which is free, and includes a sophisticated scheduling feature.

TimeMachineScheduler hasn’t been updated in a while now, and may be unsupported.

Several products on the Mac App Store claim to be able to do this, but because of the limitations of App Store apps, I have my doubts, as do their reviewers. 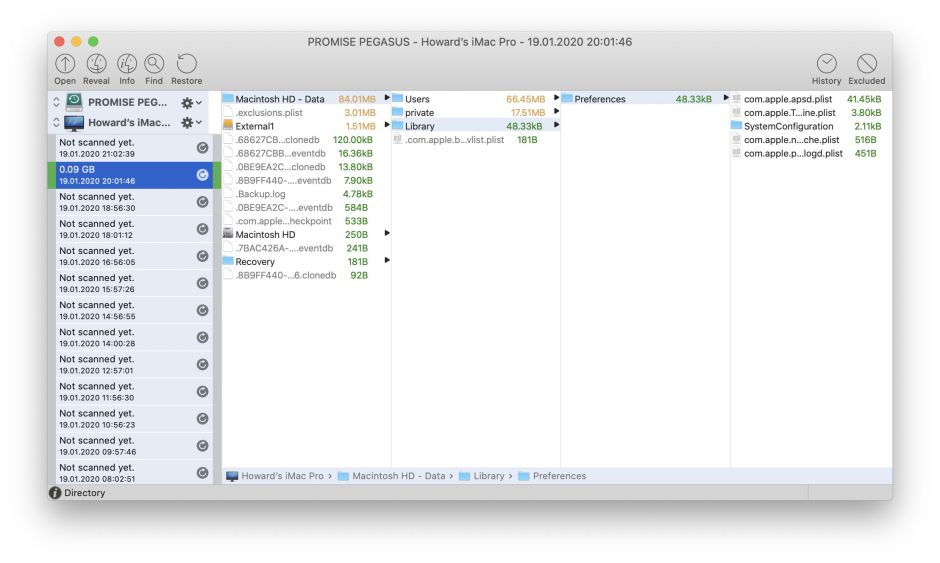 By far the most sophisticated app which replaces the Time Machine app (or can be used to supplement it) is the impressive BackupLoupe from Soma-Zone, which costs upwards of about $/€/£ 11. This looks inside each backup and displays its contents in a Finder-like view. It’s particularly suitable for those with large folders and files, to help you identify and exclude them from backups, has a fast search feature, and is quick to restore from. It can also give an educated estimate of when your current backup storage is likely to run out of space.

Tri-edre’s Back-In-Time 5 is a more costly alternative, at around $/€/£ 30, but disappointingly hasn’t yet been properly notarized for Catalina, so can’t be recommended.

Nathan Fiedler provides his free timedog, a Perl script to display the files saved in any given Time Machine backup.

CharlesSoft is developing a utility which displays the contents in all your backups, and shows what has changed since the last backup. TimeTracker is available in beta from here.

There are many alternative backup systems, among which the best-known are:

By far the most sophisticated and popular tool for repairing Time Machine backups is Alsoft’s DiskWarrior, which some recommend for routine preventive maintenance. 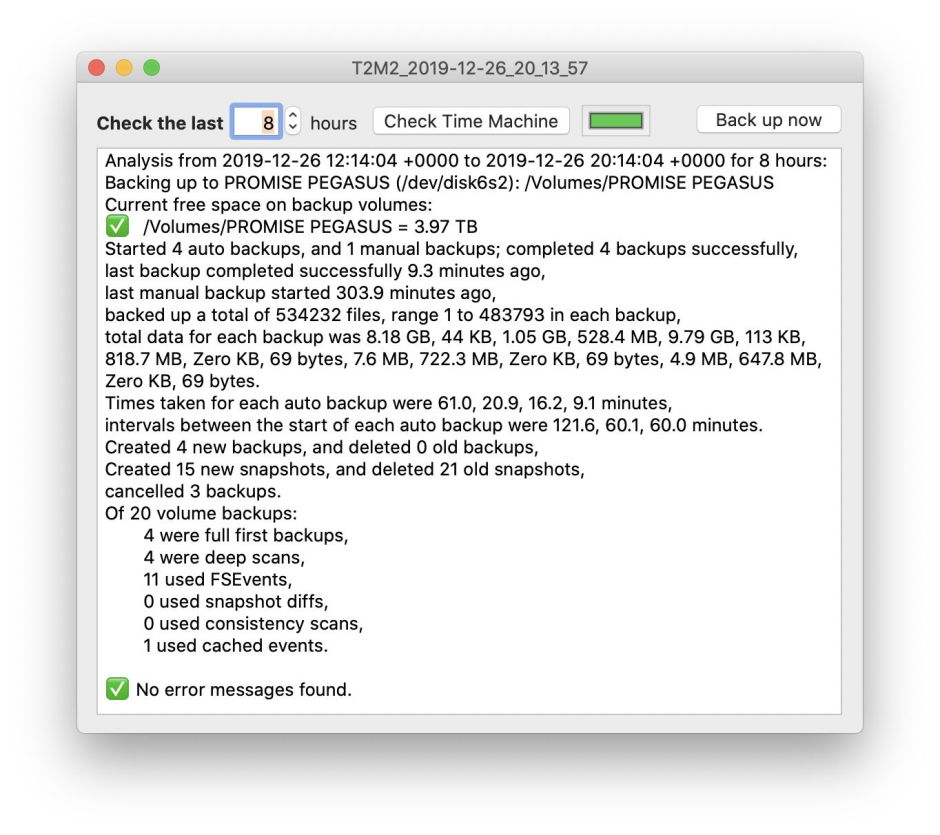 One utility to check the unified log in Sierra and later for errors which have occurred during backing up is T2M2, which is free.

Alternative free log browsers include Ulbow and Consolation 3, both of which specialise in showing existing log entries, unlike the bundled Console app.

Bundled in macOS is tmutil, which I will examine in the next article.