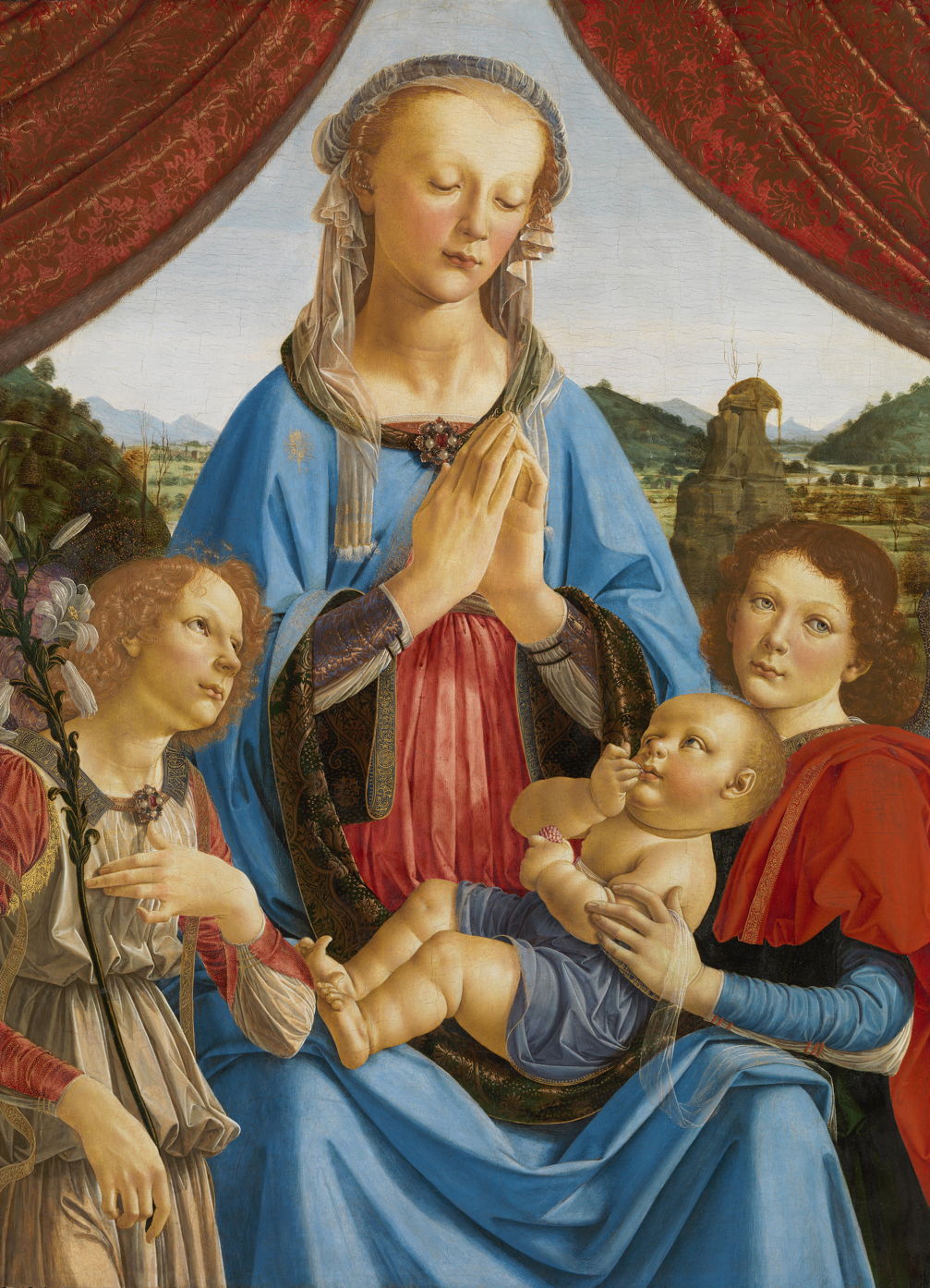 Just over 550 years ago, in 1466, a fourteen year-old boy was taken as an apprentice in the workshop of Andrea di Cione, generally known as Verrocchio, in the city of Florence. Little did his new master realise that he was about to train the most revered artist and truly Renaissance man, Leonardo da Vinci. Now, almost half a millenium after his death on 2 May 1519, I’m about to start writing a series to commemorate Leonardo’s life, work and death.

In this and tomorrow’s article I’m going to look at the work of Leonardo’s master and his workshop, including the other pupils.

At the time of Leonardo’s apprenticeship, Andrea Verrocchio (1435–1488) ran one of the finest workshops in Florence, one of the leading cities in Europe for painting, and one cradle of the Renaissance. Verrocchio himself is claimed to have first been apprenticed to a goldsmith, and may have learned to paint in the workshop of Fra Filippo Lippi, a major artist of the early Renaissance.

Verrocchio didn’t rise to prominence until the 1460s, and from around 1470 until his death in 1488 was a sought-after painter and highly successful sculptor. Although the technique of painting in oils was being introduced into Italy during the latter half of the fifteenth century, Verrocchio and his workshop appear to have retained the use of egg tempera, sometimes in combination with oil paint.

Virgin with the Seated Child from about 1470 is notable for its fine depiction of clothing, particularly in the semi-transparent wrap around the infant Christ and the decoration on the Virgin Mary’s red dress. Its modelling of flesh is subtle and gives the two figures real volume, and the landscape behind appears realistic too.

Verrocchio’s workshop is thought to have been largely responsible for Tobias and the Angel from about 1470-75. This tells the story of the son of Tobit, who met an angel without realising its identity. This appears in the deutorocanonical Book of Tobit, and has been a favourite story among painters. Again, the decorative details on the clothing are impressive, and the clouds are a real delight.

Some of the relatively few surviving paintings by Verrocchio show flashes of great genius. Among these is The Face of Saint Jerome from 1473-75, apparently made on paper. Its superb rendering of anatomical detail may reveal the origins of Leonardo’s interest in anatomy.

Drawing distinction between Leonardo’s earliest works and those of Verrocchio and his workshop is extremely difficult. This depiction of The Baptism of Christ from 1470-80 is thought to have been painted in part by Leonardo, and comparison with Piero della Francesca’s painting from about 1450 show how far was the advance in just two or three decades. The figures and landscape are much more real here.

Verrocchio is thought to have left The Virgin and Child with Two Angels incomplete for another of his pupils, Lorenzo di Credi (1459–1537), to finish in about 1476-78. Working still in egg tempera, there is sumptuous detail in the lining of the Virgin’s robes, and the heavy red drapes above.

Leonardo and his colleagues were in an excellent environment for learning to draw too. This fine drawing of the Head of a Woman is believed to have been made by Verrocchio himself.

Verrocchio’s workshop didn’t just undertake painting, but he was an accomplished sculptor, with works such as this relief of Alexander the Great to his credit. Late in his career, he was successful in winning a commission to produce a challenging equestrian statue of Bartolomeo Colleoni, for which he opened a workshop in Venice. He left Lorenzo di Credi in charge in Florence, and when Verrocchio died in Venice in 1488, it was di Credi who continued his work.

The young Leonardo started his apprenticeship with Verrocchio at a time of rapid change. He would have learned a range of traditional techniques including egg tempera, fresco, and working in metal and stone. He would doubtless have also seen the development of oil painting in Italy, and the transition to optical realism and natural modelling of figures. What better place to be at the start of your artistic career?

Verrocchio’s greatest inheritance wasn’t in the paintings and sculptures which were made in his own workshop. It was in the subsequent works of his former pupils, who I will look at in tomorrow’s article.