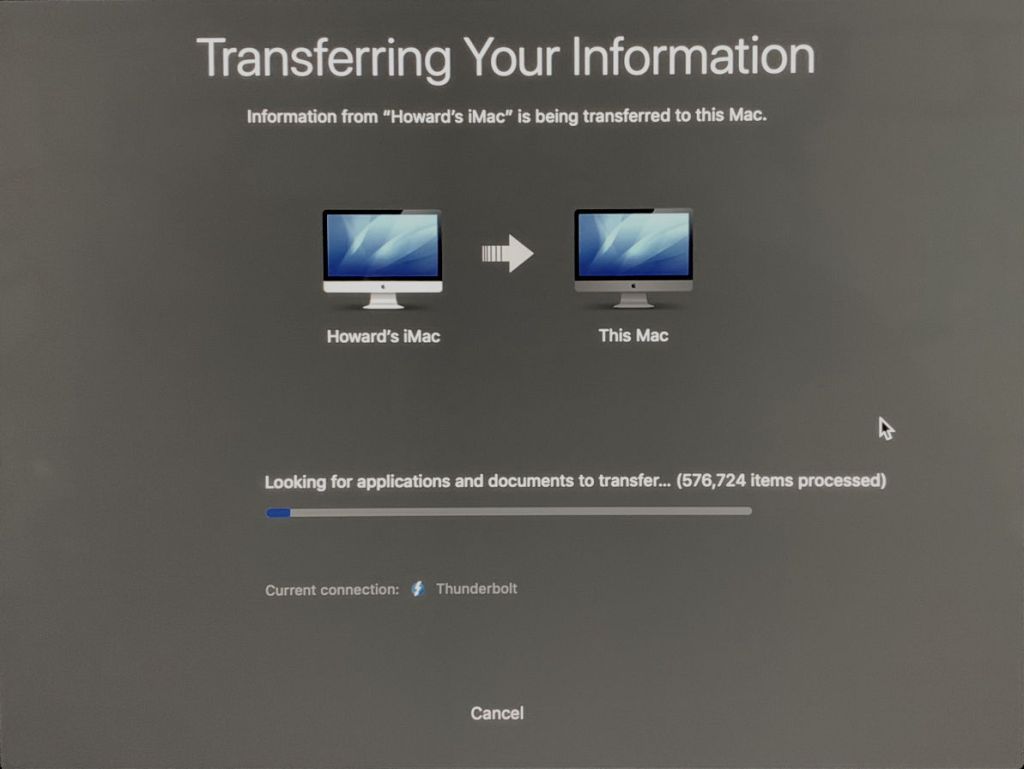 So you’ve got a new Mac, and you’ve just enjoyed the unboxing experience. Assuming that you already have another Mac, how should you set your new one up – just power it up and hope for the best? How are you going to move your existing apps and settings to it?

This is the first in a series in which I’ll look at the different options, to help you work out what is best. It’s a subject which is surprisingly little covered: few of us do it that frequently, and when we do, many just repeat what seemed to work last time.

Unless you replace your Mac(s) every year or so, you’ll discover that last time things were quite different. You probably weren’t sharing as much in iCloud, you almost certainly were dealing with fewer files and had less to move, and you were moving up to a system running Sierra or thereabouts. Times have changed – a lot – since then. Your new Mac probably has a T2 chip and will be running Mojave. Are they likely to alter the process?

Defining the task and planning

Few of us walk into an Apple store and buy on impulse. You’re much more likely to have priced up various options, particularly storage, before making the decision as to what to get. In that, you are setting yourself part of the task which you’ll have to tackle.

If you have more than a terabyte of internal storage used on your old Mac, getting a replacement with a 1 TB internal SSD means that you’re going to have to plan carefully how you set it up, for example. It makes good sense now, if you can, to move away from internal storage using hard disks, even in the form of a Fusion Drive. But given Apple’s pricing on larger SSDs, that may well force you to downsize, perhaps for the first time when buying a new Mac.

It’s at this stage that you determine where you are coming from – which model, specification, version of macOS – and where you are going to. The process is very appropriately termed migration, as you are planning how best to move everything you need over the distance you have set. The more carefully that you plan and prepare, the more smoothly that journey should go.

Just as in a physical migration, the further that you have to travel between your old and new Macs, the more complex and prone to failure it is likely to be. Factors which you need to consider in estimating the distance, and making your plan, include:

One important fact which you may not know at this stage is which version of macOS comes pre-installed on your new Mac. This can be a crucial factor in determining whether Migration Assistant will even try to help: for example, if your old Mac is running the latest version of Mojave, and your new Mac comes with High Sierra installed, it is almost certain that you won’t be able to use Migration Assistant until the new Mac has been updated to Mojave too. That will mean that you’ll have to set your new Mac up with its first admin user account, bring macOS up to date, then attempt your migration.

As well as distance, there’s the quantity that you have to move:

Thankfully there’s no shortage of ways of performing migration. These include:

In the past, system administrators have used various methods for booting and configuring Macs over a network, based on NetBoot. If your Mac has a T2 chip, NetBoot isn’t available any more. I won’t be looking at these methods, which have been extensively examined elsewhere.

In approximate order of speed (fastest first), these include:

These may require careful selection of cables and/or adaptors. Many older Macs have Thunderbolt 1 or 2 ports, and all newer ones have Thunderbolt 3. Apple’s Thunderbolt 3 to 2 adaptor is good for connecting them back-to-back, but doesn’t deliver any power down the cable, so can’t be used to connect an external hard disk or SSD which is powered over the Thunderbolt cable. I don’t know of a regular adaptor which can, but you may be able to do that if you already have a Thunderbolt 3 dock.

In the next article, I will look at how Migration Assistant works, and how to get the best out of it.