Macs are engineered for self-preservation: by default, their cooling fans are set to be full on, blasting away at maximum revs, to prevent your CPU, chipsets, and SSDs from overheating to death. It’s the control system which slows them down from that, so long as your Mac stays cool, and the system is functioning normally.

There are circumstances in which your Mac’s fans may well be intended to run at their maximum. These include when the thermal control system is unavailable to slow its fans down, and are typically:

The control system consists of the following components:

Failure in any part of that system can render the system non-functional, which should release the fans to run at maximum speed for safety. Among the common reasons for failure are:

If your fans come on full blast during startup, and don’t settle down, check systematically through these causes to discover what is wrong.

There is currently one rare set of circumstances in which an apparent firmware bug can cause a MacBook Pro to start up with its fans stuck running at full blast. This affects the latest 2018 model with a T2 chip, when the Mac is connected to mains power at about the same time that its Power button is pressed to start it up. Resetting its SMC is necessary to restore normal fan control.

If your fans start normally, then progressively run up until they remain blowing at full blast, first suspect that the system is responding correctly to its control. Take a look at CPU load in Activity Monitor, check that your Mac is fully shaded, and its vents and outer surface are unobstructed and able to lose heat properly.

A common problem is using laptop models on a soft surface: they rely on being lifted slightly above a hard surface on their feet, which enables airflow to the underside, from which they are cooled. Apple provides additional guidance here. 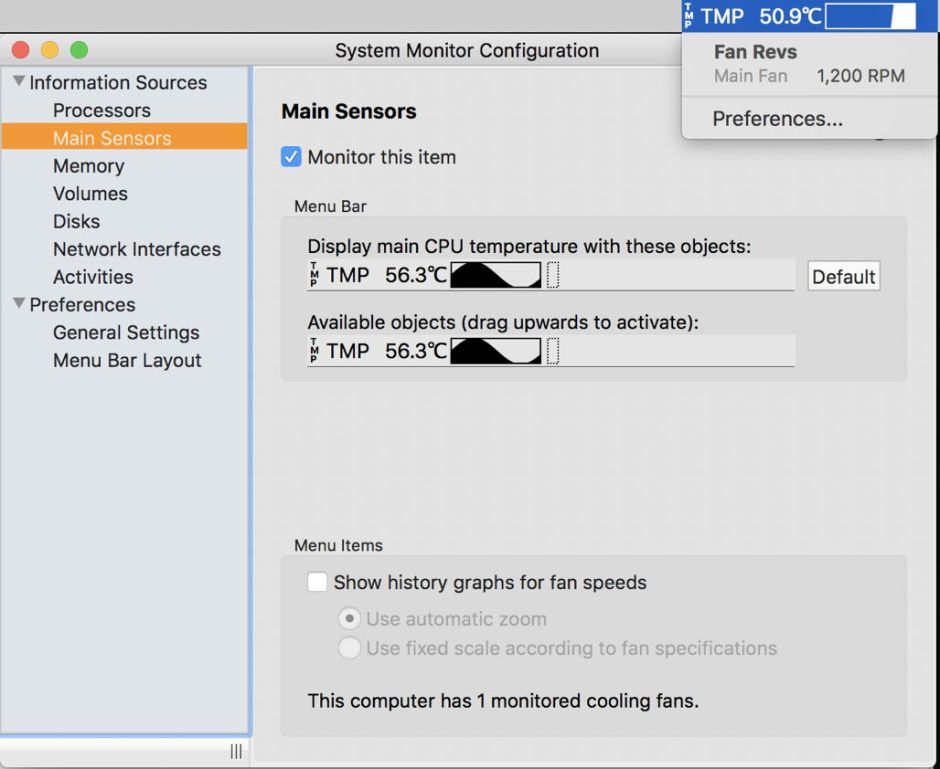 There are several tools which can tell you measured temperatures from within your Mac, as well as its fan speed. Available from the App Store are System Monitor (above), Temperature Gauge (below), and more. 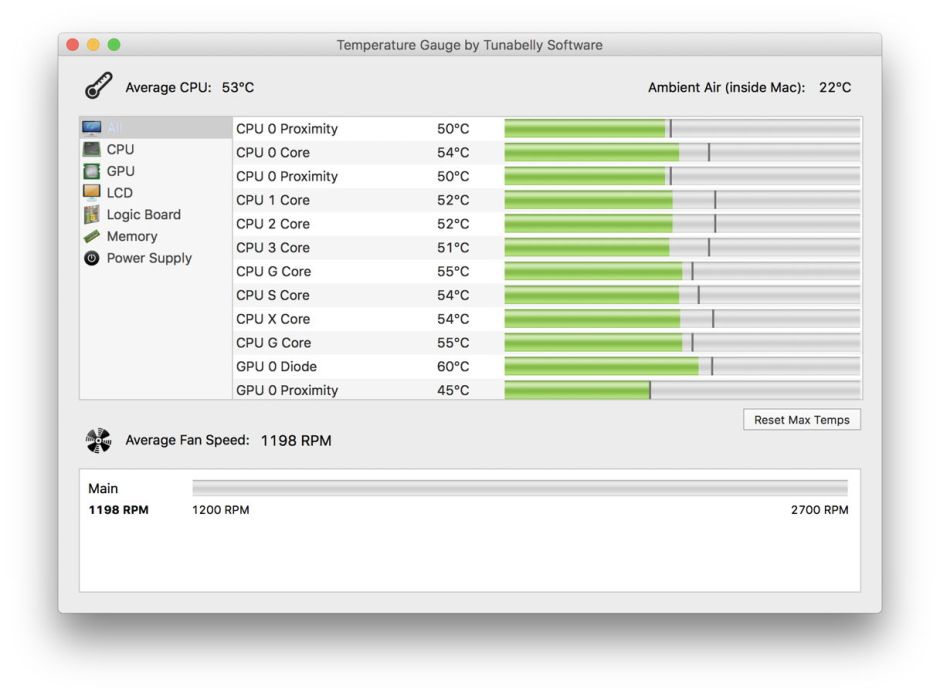 If you can’t find a good cause for your fans running at high speed, first try restarting normally, then if that doesn’t help, try resetting the SMC. If they’re still blowing at full pelt, try running Apple Diagnostics or Apple Hardware Test (AHT) to rule out a hardware problem. If you aren’t getting anywhere, consider taking your Mac to a Genius Bar for their more advanced diagnostics.