Yesterday I reported my strange problem with the image format used for screenshots taken on my iPad Pro 9.7-inch. I later had the benefit of a 37-minute session with Apple Support which has now clarified what has happened: Photos has recently changed the way in which it saves screenshot images on some, but not all, iOS devices.

Apple Support thought that this change occurred in iOS 11, but I’m not so sure, and suspect that it was as recent as 11.2.5 or .6. It also doesn’t affect all iOS devices, probably only those which produce relatively large screenshot images, like iPad Pro models.

There are three ways of ensuring that a screenshot image taken in iOS 11 will come as a full PNG:

If you open the screenshot in Photos and try to save it to your iCloud Drive, using the Save to Files option, then it is likely to be converted to a high-quality JPEG. The telltale here is that when you are selecting where to save it, the image name will have the JPG extension, e.g. IMG_0077.JPG, not PNG. 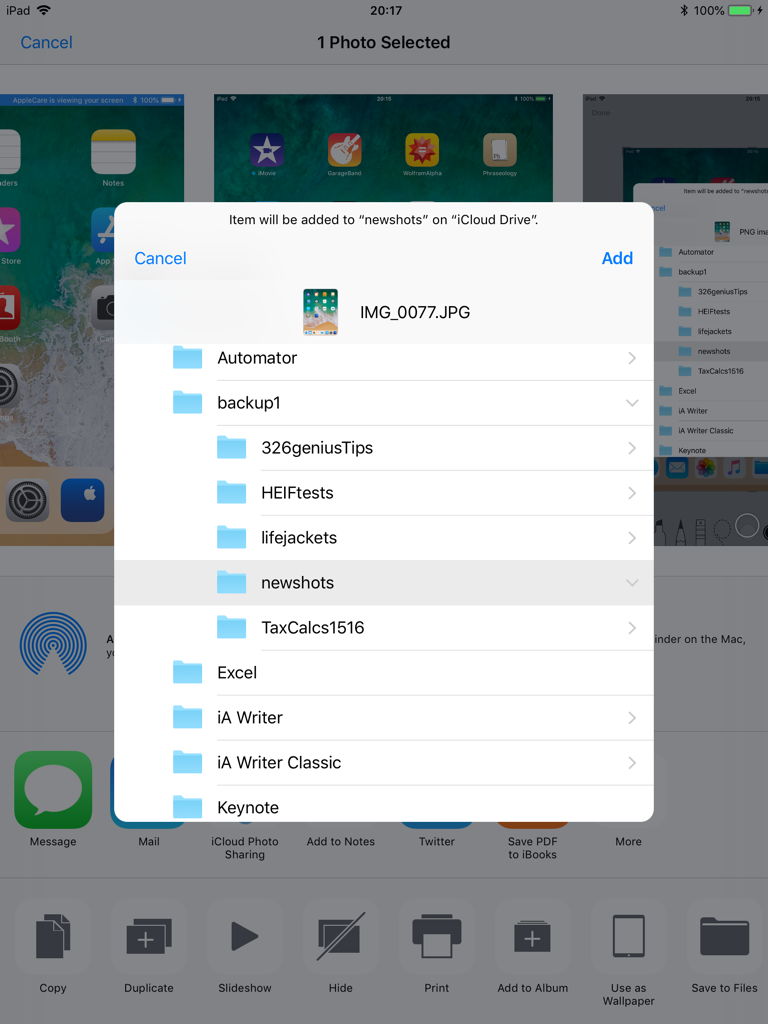 Apple Support confirmed that there is no way that a user can change the format used in any of these methods: they appear to be hard-coded into the Photos app.

Although Apple Support kindly sent me some follow-up reading, I have been unable to find this change documented anywhere. What’s more, I can’t conceive of any reason for making this change, other than to baffle and annoy users. Can you?

Postscript: Today I had a chance to check this on my son’s iPhone X. It behaves exactly the same as my iPad Pro, as shown above.