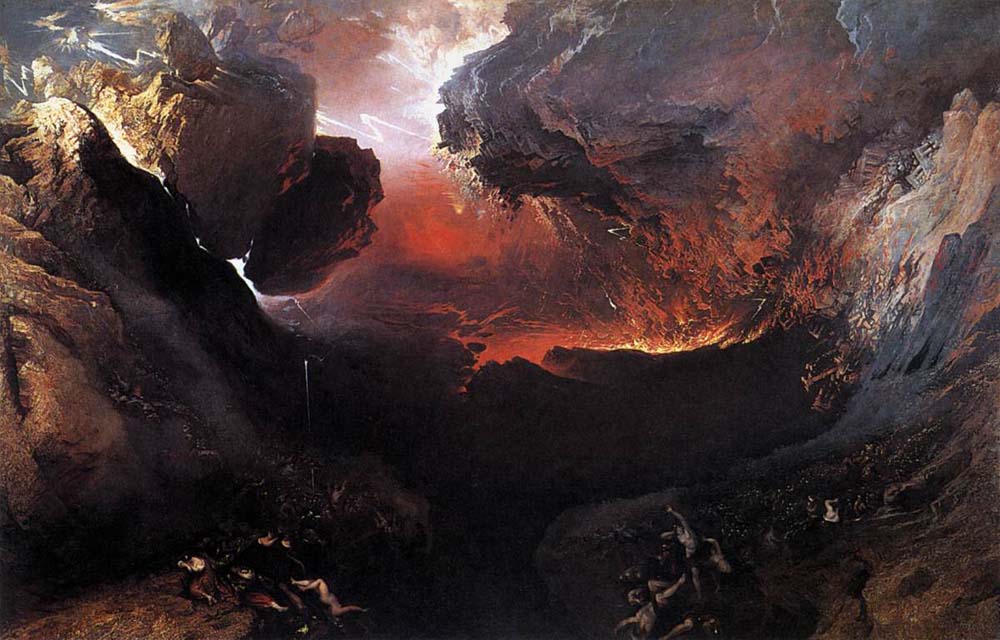 There are times when I think that we need a thorough grounding in art history. One lesson it brings is how often people – knowledgeable, erudite people at that – have been convinced of an imminent apocalypse. Bosch’s marching armies, Botticelli’s fears, multiple scares in the nineteenth century, and more that I have yet to discover – all attest to our doomward views.

Last year, 2016, may now seem like the start of the apocalypse, and we might expect to bump into four horsemen any moment now, but it was actually rather a good year, at least as far as Macs (and other Apple products) have gone. Though I do understand your scepticism, even anger, if you are still waiting for a pro-specification Mac.

We started the year running El Capitan 10.11.2, which was actually not bad, despite its Bluetooth issues, and many less troublesome bugs. None of us realised how bad El Capitan would become, particularly for those whose Macs started suffering sporadic kernel panics – and I was one of those particulars. A year ago this iMac was a couple of weeks old, running sweetly, and all was looking good. By the summer I had become scared of its next freeze and auto-restart, and was desperately looking forward to Sierra.

Laptop lovers have definitely had a good year with Apple, enjoying the excellent new MacBook, and the autumn’s enticing new MacBook Pro. I haven’t yet used the new Touch Bar, but running commentary by several very reliable (and technically savvy) friends has convinced me that it is not just a natty new feature, but opens up valuable new ways of interacting with your Mac. Without resulting in the collateral damage wrought by touch screens.

Although we still badly need new desktop Macs, particularly at the higher end, the sad fact is that – unless by some miracle the pound sterling recovers its previous exchange rates – all Apple products, indeed all computers, phones, consumer electronics, and most other products, are going to be relatively expensive in the UK. So when they do come, UK Mac users are going to be disappointed by their prices.

Sierra has been a bit of a mixed blessing. Its kernel and major drivers seem amazingly resilient to panics, making most Macs thoroughly stable once again. But it hasn’t actually fixed all the other issues in El Capitan: spontaneous Bluetooth disconnects are generally much less common, but still occur, for example. It has also brought some new problems, such as iCloud ‘cloudsteal’ with over-zealous ‘optimisation’ of storage, and persisting issues with Dropbox are inexcusable.

More worrying in the longer term is the apparent failure to engineer better security into it. Sierra’s protective mechanisms are not fundamentally different from those in El Capitan, and new methods of attack have been devised to exploit key protections such as SIP. Rather than designing macOS with security at its heart, Apple still seems to be bolting on protective mechanisms as an afterthought, inevitably leaving gaps which can and will be exploited.

There are some much more encouraging signs in other areas, particularly file systems. I have been moaning about how antiquated and creaky the Mac Extended (HFS+) file system is for even longer than I have been pleading for deeper security design. This year has marked the beginning of the end for HFS+, with its replacement Apple File System (APFS) now in extended beta test, and due to become the default with the release of macOS 10.13 in the autumn of 2017.

This is not far away, and for the majority of Mac users will be a greater influence over their Mac use in 2017 than any new hardware launches, or the rest of 10.13 put together. HFS+ was introduced with Mac System 8.1 way back in 1998, and even then was only an improvement on the preceding HFS file system. APFS is so radically different, and modern, that switching could so easily become utter chaos.

The greatest danger rests with third-party storage systems, particularly those like NAS systems which pretend to Time Machine and other parts of macOS that they are running an Apple file system. Most will need firmware updates in order to emulate APFS, as will many storage devices which currently rely on drivers, kernel extensions, or other system-level software. Prepare yourself for fun and games next autumn.

Last year also saw some major software products reaching the level of maturity that puts them up among the select list for pro users. I think here particularly of Affinity Photo and Design, which for many provide a serious alternative to Adobe’s costly and sprawling rental suite. Otherwise it has been an incremental sort of year, with Sierra forcing a broad release of updates, few of which did much startlingly new. Xcode 8, incorporating Swift 3, has been important, but still misses the opportunity to make Swift the scripting language which it could be.

The biggest shock with the release of Sierra was Apple’s new cut-down and largely functionless Console app. Although Console is hardly a popular everyday tool, it had many important functions, such as checking that Time Machine backups occurred without error. Sierra introduced an excellent and much-improved logging system, but the initial release of Console is unable to access most of its historical data.

We hoped that this was just the result of rushing to meet the Sierra release schedule, but since then, Console has not regained any useful functionality, implying that Apple does not want us to access its wealth of new log information.

Against every forecast, macOS (and iOS) has continued to lead a charmed existence as far as malware is concerned. macOS has seen new malware – I have here reported on Eleanor, Keydnap, Mac File Opener, malicious versions of Transmission, and Mokes. Few users seem to be reporting infection, and it is crapware, adware, and other unwanted software which has become more significant a menace.

This does not mean that Mac users can drop their defences next year, and anyone using macOS or iOS in an environment in which spying or intelligence gathering is possible should be particularly watchful for spearphishing and more sophisticated targetted attacks. We are fortunate in having a range of superb security tools, many of them free, such as those written by Patrick Wardle at Objective-See.

Sadly, privacy issues have gone from bad to worse. The UK now has the most draconian and invasive laws allowing almost any government or local government body to obtain extensive information about individuals, and legalising mass surveillance of everyone in the UK. In 2017, the UK government is also intending to gain powers to force ISPs to block sites which are deemed inappropriate: although this is ostensibly to combat pornography, the powers are worryingly broad.

Buried within the new powers is the ability to force hardware and software suppliers, including Apple, to introduce backdoors into their encryption system to allow security and law enforcement agencies access to what were previously secure communications. What is more, all these measures are intended to be conducted in complete secrecy.

Other governments, particularly that of the US, are keen to see how this works out in practice. In reality, I can see several trying to follow the UK’s shameful example.

We live in worrying times.