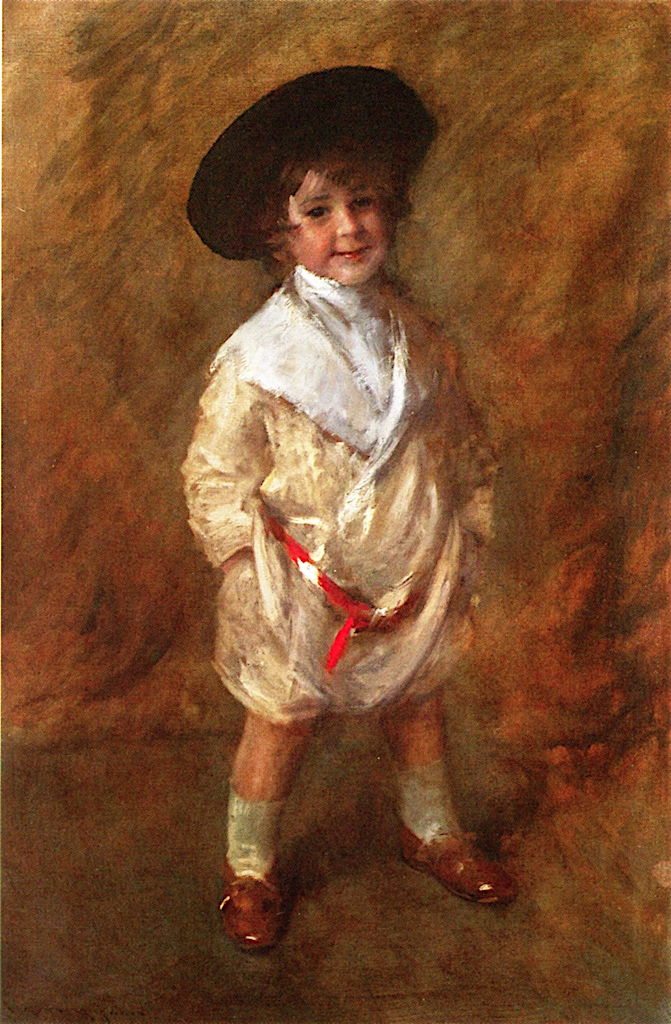 This is the fourth and last in the series of biographical articles to commemorate the centenary of the death of the American Master painter William Merritt Chase (1849–1916). This instalment covers the period from 1901 to his death in 1916, during which he taught at Summer Schools in Europe and tried to come to terms with art of the future.

By 1901, the Chase family was growing steadily, and spent their summers at Shinnecock on Long Island, while William Merritt Chase taught at the plein air Summer School there. His other teaching commitments were substantial, particularly at the New York School of Art, where he was teaching Edward Hopper among others.

In 1901, he exhibited a self-portrait at the Venice Biennale.

Chase taught his last Shinnecock Summer School in 1902. In subsequent years, he spent the summer teaching in Europe: in 1903, this was mainly in Haarlem, The Netherlands, but he also visited London, Paris, Kassel, Munich, Dresden, and Berlin.

In 1902, he invited Robert Henri to join him teaching at the New York School of Art; Henri accepted.

Chase’s still lifes had become an integral part of his teaching performance. He was known for bringing fresh fish for painting, completing his demonstration work within a couple of hours, and returning the fish, still fresh for sale, at the end.

In the summer of 1904, he taught in London and the Netherlands, then in the following year he toured together with his wife in England, France, and Spain.

In 1905, following the death of John Henry Twachtman in 1902, the Ten American Painters elected Chase as his replacement. He also became more active in Philadelphia, lecturing on Whistler at the Academy there, and later opening a studio in the city.

In 1906, Chase travelled to London to visit John Singer Sargent and Edwin Austin Abbey, and to Leiden, where he attended celebrations in honour of Rembrandt.

The summer of 1907 saw Chase teaching in Florence, for the first of what became five successive Summer Schools there. Prior to that, he visited London, Paris, and Venice.

However, following his return to New York in the autumn/fall, he was unable to resolve a dispute with Robert Henri over Henri’s philosophy of “art for life’s sake”; as a result, he resigned from the New York School of Art, and started teaching at the Art Students League, where one of his students was Georgia O’Keeffe.

Along with John Singer Sargent, he was invited by the Uffizi in Florence to contribute his self-portrait to their collection.

In 1908, he opened his first studio in New York since 1895, in the Tiffany Building at 333 Fourth Avenue, which remained his primary studio for the rest of his life. He was made a member of the Academy of Arts and Letters.

After visits to London and Paris, Chase spent the summer of 1910 teaching again in Florence, where he bought the Villa Silli, to act as his local base during these Summer Schools. Back in New York, the National Arts Club there held a retrospective exhibition of 142 of his works, and he won the grand prize at the International Exposition in Buenos Aires, Argentina.

The summer of 1911 was his last spent teaching in Florence, and he also retired from teaching at the Art Students League in New York.

He visited Europe again in the summer of 1912, where he took his wife and son Dana on tour with him. He taught in Bruges, Belgium, then returned via England. That autumn/fall, he was awarded the Proctor Portrait Prize of the National Academy of Design, and co-founded the National Association of Portrait Painters.

The Armory Show in New York was a major event in 1913, but his works were excluded. He apparently visited the show no less than six times, but was unable to convince himself that there was any future in abstract art.

That summer he took his wife and daughter Dorothy to tour Europe, then travelled on alone to Naples, Rome, Siena, Florence, and to teach his last overseas Summer School in Venice.

Although he visited London in the spring of 1914, he spent the summer teaching and painting in California. There he set up his studio in Monterey, spending time in Carmel-by-the-Sea and living in the Hotel Del Monte. Although these were his largest classes ever, and he had several important meetings, his health was starting to fail because of liver disease. Despite that he still found time to experiment with monotypes.

An entire gallery of the 1915 Panama-Pacific International Exposition in San Francisco was devoted to his works.

In 1916, he was awarded an honorary doctorate of law by New York University. However, he became progressively more unwell, and died on 25 October in the family home on Stuyvesant Square, at the age of sixty-six.