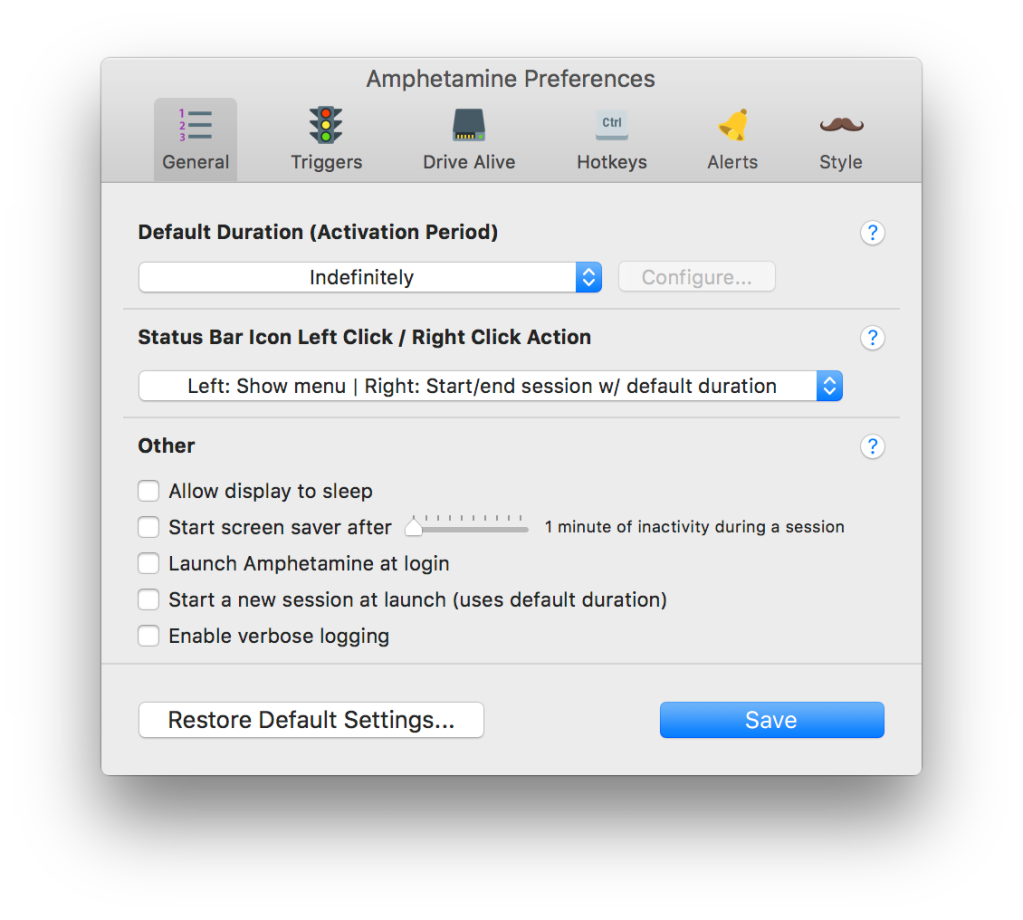 I have already lamented the horrible mess that the Energy Saver pane has become, and how you may see a different version of it on different models of Mac (aside from laptops v desktops).

Of all the small niggles which remain in my iMac 27″ Retina 5K Late 2015, it is the one which is irritating me most just now.

Currently, my days are broken up with several excursions. We try to walk on the Downs most mornings, in the afternoon we have to go and visit my dad in hospital, and after that we often try to sneak in another short walk before dark. After each of these events, and when I rise first thing in the morning, my iMac is asleep. Not only that, but when I awaken it, there is the unmistakeable sound of its internal hard disk spinning up.

This is despite being set to not put disks to sleep. As the Energy Saver pane does not allow me to control display and CPU sleep separately, there is currently no option, say, to put the display to sleep after 30 minutes, and the CPU after 90: they have to get into bed together.

As with so many of these minor irritants, it has niggled ever since I tried setting the iMac up. That niggle has just reached the point where it has festered and inflamed to become a major nuisance, like a neglected boil on the bum. So, after hoping vainly that an update to OS X might restore some sanity, I have tried to do something about it myself.

My first attempt looked perfect: a free app from the Mac App Store, Amphetamine. There is also Caffeine, which looked quite interesting, but I felt that this needed something stronger. Amphetamine is stronger, but still doesn’t make life simple (which I think was supported by pharmaceutical research too). All I wanted was a separate slider control for display sleep, as against CPU sleep, and the ability to keep my internal hard disk spinning happily throughout both. Instead, Amphetamine has the same sort of combo-cryptic controls as Energy Saver, it’s just that there are even more of them.

There’s another snag with Amphetamine too: as it is an App Store app, it operates within a sandbox which stops it from directly controlling sleep for my startup drive, so it has to pull some weird workaround which I still don’t understand.

So it was back to that stalwart, MacPilot, the utility to end all utilities. There at least are distinctly separate sliders for disk, display, and system sleep. But there’s also ‘standby delay’ and ‘auto-power off’, which don’t make as much sense to me. But hopefully I have muddled my way through and set what I want.

Now to discover whether anything has changed for the better…