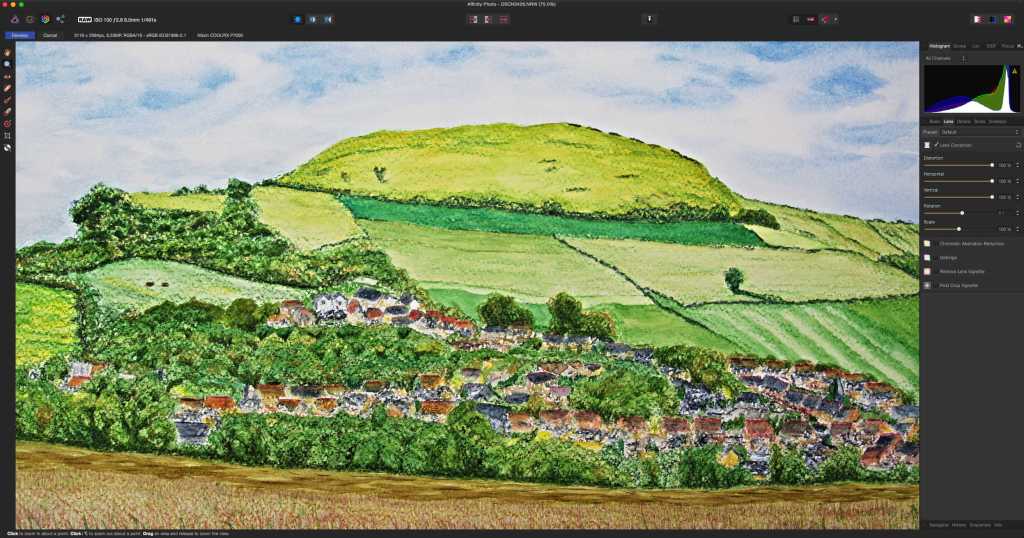 For straightforward processing, you should be able to work with imported RAW files, and quickly generate corrected and adjusted JPEGs.

When I first heard of Adobe’s software rental scheme, CC, I was instantly repelled by it. Whatever short-term deals Adobe was going to offer, it was clearly a long-term ploy to extract a hefty fee from us every month until we died, or went broke.

For many creatives, there seemed no option but to become enslaved. Turning your back on Adobe’s apps would have been commercial suicide. But for us prosumers, who need high-end power but can choose how we get it, it posed a problem, and not an insurmountable one at that: how to assemble a suite of apps which could do much the same thing, only without the interminable cost.

Much of CC already has good alternatives, such as Final Cut Pro X, and a wide choice of web design apps. Flash is something we can and should all do without, so the gaps were in photo editing, general graphic design, and page layout.

The Spring release of QuarkXPress 2015 was well timed, and it appears (in my clumsy hands at least) a worthy competitor for InDesign. The initial version had some unfortunate bugs, including one which messed up the display of most images when they were first placed on a page, but now it has been patched to version 11.0.0.1 any remaining bugs have not yet made themselves apparent to me.

A particular boon with QuarkXPress, which is still licensed under a traditional purchase model, is its ability to generate electronic books for both the iTunes Store (as EPUB) and Kindle, without additional licence fees.

General graphic design has a choice of capable apps, of which Serif’s Affinity Designer (App Store, £29.99) seems one of the best all-rounders. As an occasional user of such apps, I never get to learn them particularly well, but have taken to its controls better than I did to those of Illustrator. When trying to work in the latter I still readily become frustrated that tools just don’t seem to work the way that I would expect them to.

I was delighted when Adobe chose to offer a traditional licence purchase scheme for Adobe Acrobat 2015 ‘DC’, and as a result that looks as if it will be the one remaining Adobe app which will stay on my Mac. I am, though, trying to avoid using its cloud features, as they are the thin end of another rental wedge.

So the only remaining reason for keeping any of the Adobe CS6 apps around was Photoshop, the one which I used most.

My image workflow had become quite fiddly, even though I use my DSLRs very infrequently. I shoot in RAW, and first use Raw Photo Processor 64 to convert to TIFF as the import format for Photoshop. General photos then get a very quick tweak for contrast, if needed, and are saved as fairly high quality JPEGs, the TIFF intermediates being trashed afterwards.

However some images, particularly photos of my paintings, need careful geometric correction and cropping before further processing – something that few other apps did well.

I bought a copy of Serif’s new Affinity Photo (App Store, £29.99) before it had even been made an Editor’s Choice. Not only does it do everything that I used to do in Photoshop as well (if not better), but it looks as if I may be able to forgo processing RAW files in Raw Photo Processor, and open them straight in Affinity Photo.

If you are a professional, you may have no choice but to continue rendering unto Adobe whatever they decide to extract from you. Those of us who can choose which tool to use can now break free: QuarkXPress 2015, Affinity Designer, and Affinity Photo are as powerful, easier to use, and considerably cheaper.